I've just shaved off my beard.

The Natural Blonde is most pleased by this sacrifice on my part, and to be truthful there was an itchiness and irritation (with the beard, not the Natural Blonde) which prompted the 45 minute depilation session at the wash basin.

Beardiness doesn't become me, really. I'm fair-haired, so facial hair remains almost invisible unless the starer is very close indeed. There is also a danger that it can look ginger in a certain light (I'm not gingerist, but I don't want to be ginger nonetheless). And what can take more hormonal and rugged fellows a single day to grow is pushing a month's worth of shrubbery for me.

So it was merely an experimental beard. 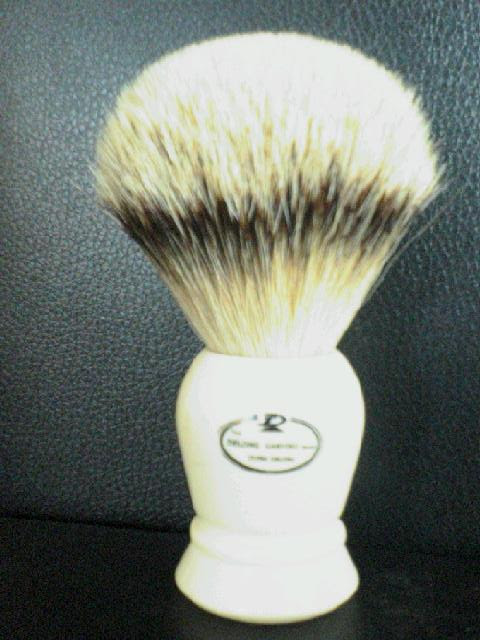 The weirdest reaction I had were from the women in my life - the Natural Blonde hated it and my mum thought I looked scruffy. Their opinions matter the most (though my mum has always hated anything unconventional on blokes, especially either of her two sons - when both my brother and I grew our hair for the first time as teenagers she had a quite excellent tantrum; and don't get her started on men with earrings). However, just about every other woman I see (the regulars at the club and my female colleagues at the radio station) all approved. I was called "dashing" by one. Yeah, dashing! Me! Another decided to have a mild tug at my chinny fur and gaily remarked "oooh, isn't it soft?", suggesting to me that the facial hair which had been previously permitted near her had savagely stripped off the outer layer of her skin. Numerous other females have told me it suited me (so either they have a preference for beards or they're grateful for the partial covering of my features). I'm at a loss as to what to really think.

I do know, however, that I did like the achievement of growing it. As someone who has never had to shave more than once a week in his adult life, it was quite a feat to get as far as I did. And, as a chap who has always been a little boyish for his age (I looked 12 at 18; 18 at 28 etc), I also liked looking a bit older, even if all the beard actually did was make me look my real age.

A chap I know from our attendance at football matches has always sported a quite staggering beard, one of which he is justifiably proud. But even he recently admitted to me, through gritted teeth and with a visible dent to his machismo, that he had given it the trimming treatment because the woman with whom he was walking out had requested it. In the company of his laddish footballist friends, he was mildly embarrassed by his admission, but ultimately it proved that even the manliest of manly men can heed the opinion of the lady closest to them over such matters, even if they don't agree with it.

And maybe this is the key to the contrast between beardists and non-beardists among the female population - ladies think beards are fine on a man, but not fine on their man. I reckon the ladies who complemented me on mine would have been just like my Natural Blonde in their huffy disapproval had I grown it after betrothal to them.

If I grow the beard again, it'll only be out of sheer laziness. A smooth face and a happy wife - the best a man can get?
Authored by Matthew Rudd
Email ThisBlogThis!Share to TwitterShare to FacebookShare to Pinterest

I sport a rather dashing "Imperial" which I'm sure gives me a slight cavalier look but... my wife not only likes it but she actually trimmed it into shape for me. She even went as far as photoshopping a photo of me years ago to see which beard shape suited me best. Now that is devotion to a cause! Prior to that I had a full beard (and long hair) which produced cries of "Jesus" from the local ruffians. The imperial is a good half way house I feel - it gives my face definition but also leaves my cheeks soft and clean for close encounters with the wife... everybody's happy.