If you're in that sizeable minority of folk who think that football is an absolute waste of time, you will despair at this tale, assuming you decide to read on at all now that the subject matter is obvious. It's a story of a dedicated fan of his club making a seriously long trip to see his heroes in action. So forget the sporty side, the piece of spherical leather, and concentrate on the human endeavour angle.

Still with me? Hurrah!

Ladies and gentleman, I give you Helge. Now, that name to me always used to conjure up images of Scandinavian females, owing to the presence of one such lady on the international journalism course which was in the adjacent lecture room to my own NCTJ training course back in 1991. And, fictional status notwithstanding, Hagar the Horrible's resourceful Nordic wife was a Helga. But this is a Helge with differences - an 'e' rather than 'a'; and a man rather than woman.

As I write this, I never quite grasped why Helge, a chatty, slightly-built father of two from Norway, decided to adopt Hull City (my team) as his English team of choice to accompany Brann, his local side, in the restless scavenge for his affections. But he has been a regular on the online fans forum I frequent for a number of years, has a website on the club in his own language and, this week, has made his second pilgrimage to leafy East Yorkshire to see his team play. 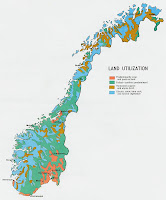 His previous experience of actually watching the team consists of a few games on Sky which have been, with possible question marks about the legality, transmitted into his home or local bar, and one previous journey over the North Sea last year. That trip was for one solitary game which the Tigers lost 1-0 at home, after which Helge drank an inexplicable amount of strong ale (actually, he did this beforehand too), purchased pretty much every item in the club shop (possibly including the branded bike, dressing gown and bra) and flew back to his brood.

His plea for assistance with planning his trip this season came early in the campaign - he wanted a Saturday home game again, but this time followed immediately by an away trip on a Tuesday night and all that goes with it. So, having already seen the 2-2 draw with Cardiff yesterday, he is now primed for a seat in my car for the trip across the country to Preston on Tuesday night. While I've never been a big drinker on match days and therefore am happy to take the wheel for midweek away games, my companions are known for putting away some quite magnificent quantities of liquid refreshment during away trips, something Helge will have to get used to quickly. Last season he gallantly tried to keep up with the rate of glass emptying achieved by the seasoned quaffers in the pre-match pub - and both he and the cleaners of his hotel room suffered the consequences.

So, Helge is here, having travelled continentally (and gone through the misfortune of a diverted plane and missed train in order to reach fragrant Hull) and he's about to don a seat belt, crack open numerous cans of ale and follow the Tigers elsewhere. He won't be back this season, unless we make the play-offs (ie, he won't be back this season). And before any of this, I'm getting him into the studio with a tape running to ask him about why the hell he does it. If the human endeavour argument has earned your empathy, then pop back later this week and I'll tell you what he says...
Authored by Matthew Rudd
Email ThisBlogThis!Share to TwitterShare to FacebookShare to Pinterest

You should ask hin on air what the slogan for his club means:
choock (as chuck but with more of a fool u sound)oh fate oh fooll (as fool only with a full l-sound) oh saria gooll (same as above)

This is just a spontaneous chant that has been adobted for all the Mighty Cunts fans. (This means Brann)
Branns fans have an English approach to the football fans cultur, as opposite to other Norwegian club fans, such as Lillestrom, who has a southern (drum and capo) approach, we follow the match and express our feelings through the events of the actual game beeing played. Therefore it may occure periods which are quiet or even booing at half time, though this is rare, since Brann is actually a decent team, even in Uefa-cup.

Back to topic: The chant means: Thick and fat and drunk and champions.
A good excample of the ironic way the Brann fans look upon theirself, as this is actually not the way the mainstream supporter would describe himself. The blog owner can surely tell you that I am not 'Big or fat'. It is just about banter. and a catching song among the Bergen fans.