I love my sport and I love my team. I have yet to miss a minute of Hull City's season (unless you count the three minutes of injury time at Southampton because my train was due). However, nothing can be perfect, so here are ten more things I hate about football (the last lot can be found here...)

1 - Players who wear gloves. Where do they think they are, Siberia? Some of you were brought up in this climate, for heaven's sake. Gloves belong on goalkeepers - and even they didn't bother until 25 years ago. 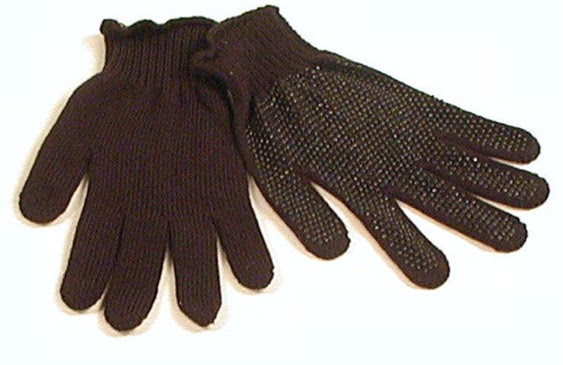 2 - Managers whingeing about the African Cup of Nations. It's there to benefit African football, not European, so stop calling for it to be re-scheduled. If you don't want to see your team decimated by call-ups, don't buy African players. And I doubt you were complaining when coverage of the competition allowed you to pick up a load of cheap African stars in the first place.

3 - Applauding attendances. Just stop. It achieves, means and signifies nothing. You turned up. That's all that matters.

4 - Players who applaud officials. Half the time, you're doing it because you cocked up and the officials haven't noticed and therefore have saved your face. Pack it in.

5 - Stewards who spend whole games getting fans to sit. At Plymouth last week, they were even having a pop at us as we celebrated a goal. Celebrated a goal! Incompetent, thoughtless and dictatorial - and counter-productive too, as when they inched along rows of seating to have a go at one fan, those behind them automatically stood up so they could continue to see the game.

6 - That "hush, you plebs" goal celebration. Eduardo did this to Burnley fans on Sunday after scoring an early goal. They hadn't been having a pop at him, so why antagonise them? That's not retribution, just the act of a spiteful, egotistical (and glove-wearing) tosspot. Be a graceful winner, please. It's not strenuous.

7 - Weakened sides in the FA Cup. 722 miles to watch our reserves lose in the third round, though at least we had prior warning locally it would happen. Elsewhere, Mark Hughes picked the most understrength, mediocre Premier League team ever seen for his Blackburn side's tie with Coventry, lost 4-1 and whinged about it afterwards. As someone who won five FA Cups as a player, he was the last person who should have treated the competition with such contempt.

8 - Garth Crooks and Alan Shearer. At the Stoke v Newcastle FA Cup tie (their respective former clubs), they teamed up to become the most banal, featureless, opinion-free and useless pair of studio pundits for a live BBC match. Ever.

9 - Swearing. I may sound wimpish when I say this, but I really hate any form of swearing by supporters at matches when aimed at players or officials, even when it's on the witty side (which is rare, but possible). I find myself feeling sorry for the dad a few rows down who is deciding there and then that he cannot take his young son to another game. Swearing by players I can cope with, even seriously gratuitous examples caught by the TV cameras.

10 - Multiball. You can't have a system whereby a ball is returned to the home team so quickly while an opponent is off the field, yet a ball is conveniently delayed when the away team is entitled to get it. It's mightily unfair. Get rid of it.
Authored by Matthew Rudd
Email ThisBlogThis!Share to TwitterShare to FacebookShare to Pinterest

I hate the 'knocking out the corner flag' goal celebration..

Actually whilst I'm at it:-

The phrase 'kick on' which seems to have crept into punditry and become the most overused phrase.

Local pub/club diva's brought on to honk out an unnecessary sub-standard version of 'Simply the Best' or some such before matches. Played through the PA at maximum volume whilst the poor girl stands alone and largely ignored in the centre circle.

The problem with those diva shows at the interval is that the PA system in the stands invariably is a second behind the microphone, therefore making the poor singer do an unwitting impression of those out-of-time Eurovision flops.