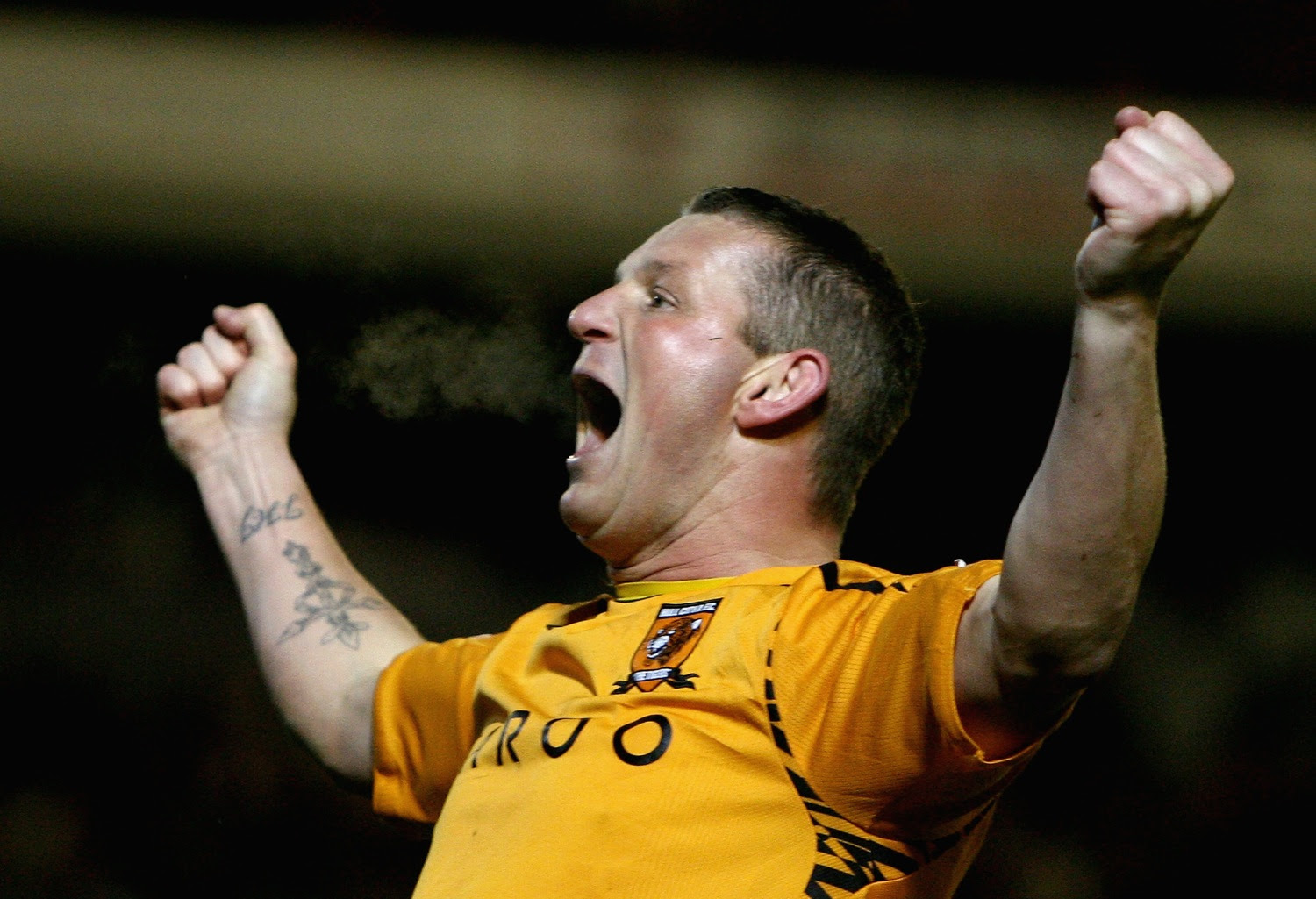 It's amazing just how much of Hull City's past lack of achievement is known by the wider footballing consciousness. Biggest city never to have had top division football? Check. Never been to Wembley? Check. Only club whose letters can't be coloured in? Check.

Well, we can do bugger all about our name, so all you crazy colouring freaks will have to make do with Bolton Wanderers and their many enclosed lines when you're doodling on your pools coupon. But the other two? Well, one's done, and one's hopefully to follow on Saturday week. 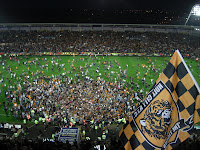 We defeated Watford 4-1 at home and 6-1 on aggregate. It wasn't as one-sided as the scoreline suggests but we were also rarely in trouble. The fans invaded the pitch at the end and the players emerged in the top tier to pop some champagne before heading through the hospitality area to the changing rooms. I snapped a few of them; a thrilled Andy Dawson even struck a pose here... 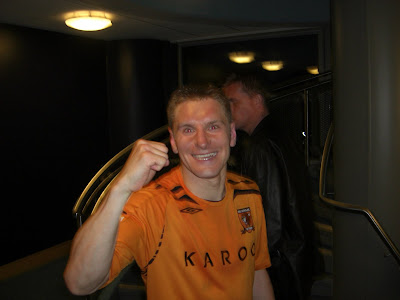 So, we're off to Wembley. At last! My friend Tony and I are pictured in the pub, looking rather happy. 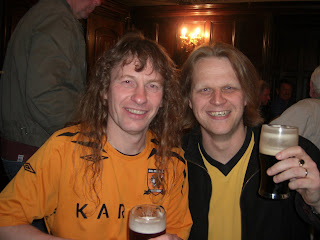 The closest we'd previously come was in a pre-war FA Cup semi-final where we were 2-1 up with 20 minutes to play but didn't go through. After that, there was our only other play-off experience, when we led 1-0 against Leyton Orient in 2001 but lost the second leg 2-0 in London. In any event, the final would have been in Cardiff because of the protracted rebuilding of Wembley which had just got underway. In fact, the only time a Hull City kit has been on duty at Wembley was when Leigh Jenkinson, our flying winger of the late 80s and early 90s, reached the final of the Rumbelows Sprint Challenge in 1991, to be run at the old Empire Stadium as a curtain-raiser to the League Cup final. He came last.

It's impossible to put these emotions into words, but I'll try. In 21 years of supporting this club, I've been laughed at by Hull lads in Manchester United, Arsenal, Liverpool and even - eugh - Leeds United shirts for daring to hold a candle for the team representing my home city. I've seen our club taken to the brink of death by shysters in the boardroom and incompetent, greedy men in the dugout and dressing room. I've seen brief hopes of recovery or progress dashed by fate or error on the pitch or in the accounts.

I've seen us at the bottom of what we all used to call Division 4, seemingly with no way out. That was less than a decade ago. I've seen the rugby league fraternity in our city, against whom I hold no ill will, patronise the football club and its supporters, telling us to support a 'proper' sport which apparently gives our city its 'national identity'. I've seen us mistreated by our local paper, overlooked by the regional television and overrun by away supporters in our own stadium.

Now finally we have a squad which can fulfil the last of those dreams and remove that statistic that everyone knows, quotes and scorns. Led by Ian Ashbee and including two grizzled veteran Hull boys in Dean Windass and Nick Barmby, they have every sense of the history they have before them. For what they have attained so far, they are already heroes. For but one more victory, they will achieve immortality round these parts.

The final is on my 35th birthday. What a day of dual celebration it could turn out to be. Wish us luck... again. 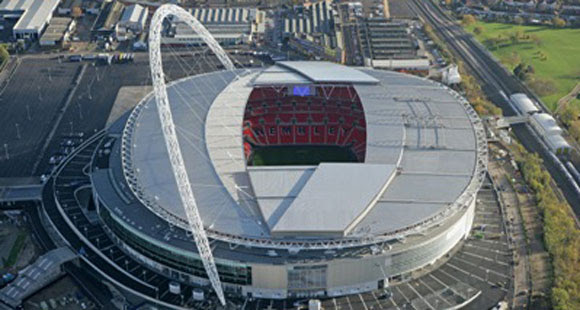 What a lovely post. I remember the dark days all too well and this still feels like a dream.

I'm going to relish every damn minute of that walk up Wembley Way!

Let's go all the bloody way!