"Where does the end of me become the start of you?"

I played Mad World by Tears For Fears on the radio this morning. It reminded me of how much I really, really liked - and like - Tears For Fears. Within and beyond the actual songs, there were loads of titbits and quirks which just made them interesting:-

- I like their use of the word 'halogeon' in Mad World, a word which I've never seen or heard in any other context. I wonder if it is entirely made up? There is a halogen group in the periodic table, if my GCSE chemistry lessons don't fail me, so maybe there was a connection there but Roland stole a syllable for scanning reasons.

- I like the fact that Pale Shelter was the first song they ever recorded, in demo form, which got them their record deal, and it was obviously so good that it was immediately earmarked for a re-record and release as a single.

- I like their names. Curt and Roland. They could only be upper middle class lads from a well-heeled city with names like that.

- I like Roland's full name. Roland Orzabal de la Quintana, as I recall. And I always used to pronounced a hard 'z' as an oikish child, not realising that his Iberian heritage demanded a 'th' sound.

- I like the name of Roland's cat in the 1980s - Zero Algebra Waldorf Churchill. 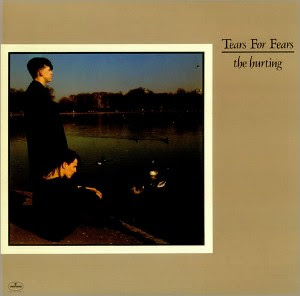 - I like the fact that The Hurting is still regarded as their best work, even though it's the album most stuck in the 1980s sound, a sound which Roland was desperate to ditch when making the second album.

- I like the egotism and indecision which infamously prolonged the production of The Seeds Of Love, and the tale that an engineer was fired by Roland during the recording of one song, and when he was reinstated nine months later after a succession of less able engineers were unable to cope, they were still working on the same song.

- I like the way the USA embraced them in a way the UK never did. The band had two Billboard #1s but their highest placing in their homeland was one #2 single. I like to think that they were regarded in American stereotype as quintessentially British due to their roots, names and accents.

- I like the fact they pulled out of Live Aid due to a saxophonist quitting at the expiry of his contract. Having the nerve to ditch Live Aid on the day of the event itself over a sax player took some doing. In 1985, none of their singles to date had featured a saxophone, and Live Aid wasn't an event for doing favourite album tracks or untried new stuff, so it's hard to see the problem...

- I like the confusion with their numbers. Always a duo, but Ian Stanley and Manny Elias were given full band billing on the sleevenotes for Songs From The Big Chair. Other bands to do this included King (four piece plus drummer) and China Crisis (duo plus bassist and drummer). 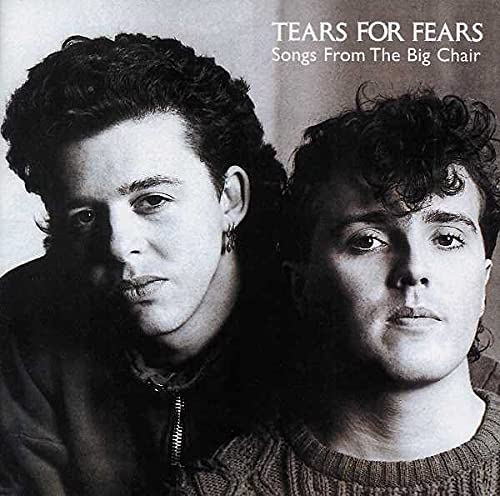 - I like Songs From The Big Chair's title. It was inspired by a B side called The Big Chair, but despite donating its very title, the B side itself (from Shout) wasn't deemed good enough to get on the album.

- I like the mild con surrounding that album. Only nine tracks, which really became eight when you consider that Broken appeared twice (once as a live version, and even that was just the closing refrain tacked on to the end of Head Over Heels).

- I like Listen, the final song on the same album. It's gorgeous.

- I like Curt's proud proclamation that his wife Lynn made "the best cream of onion soup in the world".

- I like Roland's claim that his favourite thing from childhood which he still owns is his penis.

- I like the sympathy sent Curt's way - and the bile issued to Roland - after the infamous spat which led to the duo's split following the release of The Seeds Of Love, especially as Curt's marriage to Lynn had ended during the recording process.

- I like the heartfelt thank you message Curt sent via the sleevenotes on The Seeds Of Love to the friends and relatives who helped him when his marriage ended.

- I like the contrast between the two of them onstage during any point of their career; Curt sang and played with joy on his face, whereas Roland looked constipated.

- I like his dedication of said song to "Robert Wyatt (if he's listening)".

- I like the semi-pompous retitling of the song to I Believe (A Soulful Re-recording) when it came out as a single, even though it sounded no different to the version on the album.

- I like the backing vocals on Mothers Talk, which is clearly by neither of them.

- I like Simon Mayo introducing Laid So Low (Tears Roll Down) as "the new single by Tears For Fears, well actually it must be Tear For Fear now, as there's only one of them left". - I like The Way You Are, a stopgap single which didn't make a studio album or the greatest hits compilation, and was described by Roland as "an odd little record, as the hi-hat wasn't on the backbeat".

- I like Break It Down Again, and the Elemental album as a whole.

- I like the "BANG!" flag which flops out of the gun fired by Roland during the Head Over Heels video.

- I like the billboard and magazine ads for Shout upon its release, proudly proclaiming it was "a six minute single".

- I like the way that Shout was saved by an appearance on Top Of The Pops' lower chart showcase The Top 40 Breakers, after climbing only from 35 to 32. It ended up at #4.

- I like the concession to a spot of post-production (that "dang-nang de-da-da-dang!" guitar bit) to make Everybody Wants To Run The World sound just slightly different to its parent song.

- I like the fact they did it in the first place; probably Hobson's Choice given what didn't happen at Live Aid.

- I like the way that Sowing The Seeds Of Love went straight into the Top 10 on release while one of their contemporaries making a comeback with their own relaunch single, Spandau Ballet, charted outside the Top 40 in the self same week (with this) and never got in.

- I like Curt's wishful thinking as he believed he could launch a career under the name Mayfield, based entirely on a pun via his name. He could therefore have called his solo career Strange. Or maybe Blow. Or even Woodhouse.

- I like their recent reconciliation.
Authored by Matthew Rudd
Email ThisBlogThis!Share to TwitterShare to FacebookShare to Pinterest

What about those early days dodgy pigtails though? Like the new layout too.

I love Mad World, Shout and a few others. Why don't they do something new?

I DON'T like the way DJs almost always start talking over the guitar solo on Shout.

I don't think you hear Shout on the radio that often, unless it's a butchered version.

I remember being in Holland as a kid and they used to play it at discos, so popular was it. Sadly, there is no way even Mark Ramprakash could dance to it.