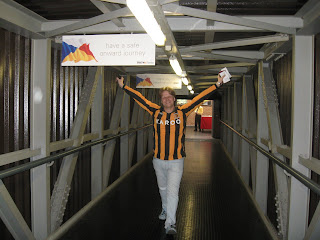 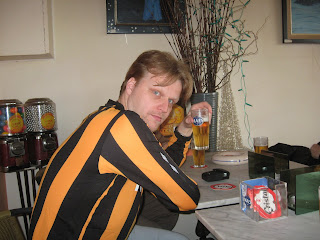 Back and safe, with an inexplicably bad bout of dizziness caused by alcohol consumption, rendered bearable by a nice memory of following the boys abroad for the first time. The game wasn't up to much, but hey - they still have terracing in Belgium and let you drink beer during the game. Awesome. 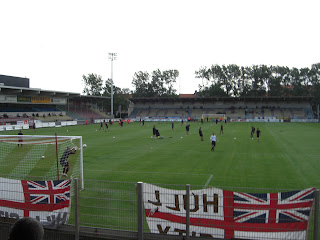 Ferry cabins are the pits of the earth though, especially when you share one with three other grown men of varying hygiene standards and liquor retention skills.

(The cabin did contain four beds, might I add, despite being the size of an ashtray).
Authored by Matthew Rudd
Email ThisBlogThis!Share to TwitterShare to FacebookShare to Pinterest