"Parcels in garage, key in my pocket" 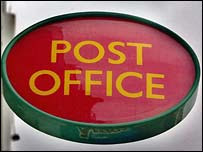 As I work nights, I sleep by day. This often means that I miss the postman when he turns up and, if he has the usual four-storey high pile of QVC parcels containing tat ordered by the Natural Blonde, he rings the doorbell and I get out of my slumber to answer.

Yesterday, however, I slept entirely through the knocks and rings. When I rose in the afternoon, I found a pile of parcels in the garage. Postie normally doesn't do this. If I fail to respond to the doorbell, usually there's a card put through the letterbox and the packages are taken back to the post office for one of us (or, to be accurate, me) to collect later.

This time, however, I stumbled over this pile of parcels in my garage when I went in there to check on the dogs. Fine, except the garage keys, which I'd left in the lock so I could access the dogs more quickly in an emergency, were now missing. I'd not been immediately able to find them when I first got up, so I grabbed the spare to open up and found these parcels. The regular keys were nowhere to be seen.

You know how this works - it's like leaving a key for your neighbour while you're on holiday or for your kids when you go out earlier than planned and you're not sure if they can get in the house. You leave a key under a plant pot, don't you? Well, we have six of them in our back garden and there was no bunch of keys under any of them.

I can only assume that postie, who my village branch tell me wasn't the regular delivery chap, had unwittingly slipped the keys into his pocket after re-locking the garage as if they were his own. Either that or he's hidden them fantastically well - and then forgotten to scribble the location on one of the regular envelopes delivered in the conventional manner. I doubt it's anything more sinister.

However, it does mean that I am currently unable to access the dog run as its padlock key is on the same ring as the missing garage key, and there's no spare. Therefore, when I next need to get in there to do some shovelling of waste, I'll have to climb over. I'm 35 and should be beyond scaling fences and walls, frankly.

I write this as I await a call from the branch where this one-off postie came from. I really don't want to have to change the garage locks and smash up a perfectly good padlock, but let's see. And I'm banning the Natural Blonde from ordering QVC stuff. She sends most of it back anyway.

EDIT: Literally 45 seconds after publishing this post, the branch has telephoned me - and the postie did have my keys and can't explain why.
Authored by Matthew Rudd
Email ThisBlogThis!Share to TwitterShare to FacebookShare to Pinterest