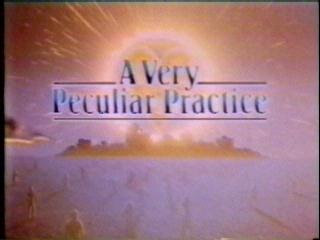 That charming fellow at Avenues and Alleyways has tagged me. These meme whatsits only come round every so often, and I'm happy to oblige.

Anyway, Sky states that I've got to write six random, obscure facts about myself and then tag six of my fellow bloggers to do likewise. To see if you are one of the lucky half-dozen, glance downwards...

Right, my six random facts about me:

1 - I once won a sword as a prize for swimming when I was nine years old. This was a proper, heavy, silver, full-size, you-could-really-hurt-someone-with-that Wilkinson sword, framed and mounted. My dad had to carry it home because it was almost as tall as me and certainly too heavy. It was a competitive swimming gala at the club where I spent most of my childhood, but instead of actual races, points were awarded on how close you got to the nationally-recognised qualifying times for your age group, thereby making me - on that day, at least - better than the 16 year olds. The top girl, who was also nine, won a big silver salver thing. Giving swords to nine year olds now, even weakling nine year olds such as I, would hardly be encouraged.

2 - I like Jim Davidson, and I genuinely think I am the only person I know who does.

3 - I auditioned for Telly Addicts in 1996 with three radio friends. Despite an extensive knowledge of tunes for Sing The Sig and seemingly impressing the researchers with my inexhaustive recollection of A Very Peculiar Practice, we didn't get on. I've not tried to appear on a television show before or since.

4 - My father-in-law was sitting next to the Queen when she declared the Humber Bridge open.

5 - I like wearing bandanas but simply haven't the nerve to do so around people I know for fear of being (rightly) verbally ripped to shreds. They remain a holiday-only bit of headgear.

6 - I urinated next to Ian Hislop in the gents khazi at a Have I Got News For You post-episode hospitality thing on the top floor of LWT. And the answer to the question you've already thought of is that I've no idea, as I didn't look. I've also drained the spuds next to Pete Waterman. And the answer remains the same here too...

Thrilling stuff, eh? Let's see - for the next fact-finding mission (but without the all-expenses-paid trip to Bali), I'll nominate those gorgeous bloggers Mondo, TJ, Louis, Fat Manc, Phil and - no blogging list would be complete without - Clair. Give it all you've got...
Authored by Matthew Rudd
Email ThisBlogThis!Share to TwitterShare to FacebookShare to Pinterest

Re. No.4 - I went over the Humber Bridge a week before the 'official' opening. Trust my school to organise a trip to Hull the week before the arrival of Big Betty and the Red Arrows.

I like the sword story. The thinking that must have been behind, "The lad's done well at swimming. Let's give him a fucking sword as a prize," is hilarious.

I have worn bandanas in the past, but they've never suited me for some reason.