In the street and on a grave 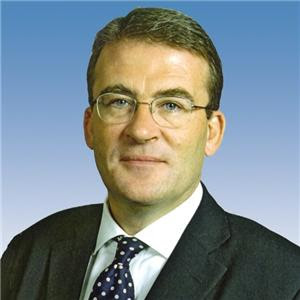 This man is called Tony McNulty. He should have been the lead story on all the news channels yesterday. But he wasn't.

I was in a hotel room on Saturday night after the club gig, as I was off to Wigan for football the next day. Upon waking, cursing how little sleep I always get at weekends, I went down for a quick breakfast. Upon returning to the room, flicked on the telly and was faced with the news of Jade Goody's death.

Now, I promised myself I wouldn't mention this woman, despite being a passing Big Brother fan. But watching the BBC News channel for the next hour brought out all available emotions in me - with the exception of any misplaced grief, of course. I watched Big Brother 3, the programme which made her imbecility into some kind of national sport for a while.

BBC News led on the story. They did a full-scale obituary, a live report from some poor bloke stood outside her house in a black tie (actually, he may not have had a black tie but it really wouldn't have surprised me), and then studio guests including the main man from Cancer Research UK and then, lo and behold, John McCririck.

This took us to 10.25am. Sunday morning news viewers had 25 minutes on Jade Goody. It makes you proud, doesn't it?

Then we got the weather, more headlines (lead story: Jade Goody) and then three more stories were chucked away in ten minutes - including that of another Government minister, the chap in the photo, accused of misusing the expenses system to claim cash on a house he didn't pay out for.

This is an outrage.

I don't wish to trample on Jade Goody's grave. It's awful when anyone so young succumbs to tragedy, especially as she leaves behind two sons who are going to grow up to learn just how despised and scorned their mother was.

But her death was not news beyond the two minutes of sombre "and finally..." style bulletin-ending that Leonard Parkin used to do so well whenever a famous person (and one who'd actually achieved something - Roger Tonge, John Le Mesurier) had passed away.

I don't have the argumentative clout to claim there is left-wing bias going on here, though at the same time I can't help but believe that had a Conservative politician been similarly caught in the act while Jade was getting the last rites, he'd have got more coverage and analysis and maybe McCririck would have had to wait.

I suspect Nicholas Owen, a fine news broadcaster, was seething underneath at some of the dross he was being forced to say or introduce.

The other thing that strikes me is the identity of those who have chosen to pay tribute. Gordon Brown? Bloody hell, the man called her Jane last time he was forced to pretend to know of her existence. David Cameron probably felt obliged to say something because of his own recent bereavement. Notably however, not a single person who shared the house with her in 2002 has said a word.

This might be because none of them were asked, as Jade's celebrity had ludicrously gone so far beyond saying "chipstick" and "minging" a lot while manually pleasuring a trainee Birmingham solicitor under the bedclothes that maybe the hacks felt it was no longer relevant. Alternatively, it may be that nobody could remember who they were, although certainly Kate Lawler (who was the winner, not Jade) has maintained a certain degree of public profile thanks to prejudiced footballers and Ann Summers. A third explanation would be that none of them had anything nice to say about her and so politely refused.

It'd be interesting to see how many, if any at all, turn up for the funeral.

No, actually, of course it wouldn't.

Although when I look back at that Big Brother, at least we can remind ourselves that it used to be good, when people entered the house without a prepared "act" or political axe to grind. Jade was the dim one.

Yes, of course awareness of cervical cancer and the dangers thereof has increased, and that is a tremendous thing. But the way this one relevant, worthwhile issue has been almost wholly sidelined by the slavering need to somehow commemorate the demise of a woman who achieved nothing in her life and whose company we would not have craved even for a moment is an indication of how utterly thick our national media believes we are.
Authored by Matthew Rudd
Email ThisBlogThis!Share to TwitterShare to FacebookShare to Pinterest

I agree. I couldn't believe it was the lead story. The world's gone mad. Gordon Brown! It's just silly. He didn't comment on Natasha Richardson or any other celeb who's croaked in the last few months. So why Jade? It's that silly 'man of the people' thing, isn't it. I'm not falling for it.

It's not left-wing bias at work. It's merely the ongoing trivialisation of all news media. The not-recognisably-socialist Sky News, I'm told, were all over this one like a cheap suit too. When I express dismay at the ubiquity of the deceased, idiots say "You don't have to take notice or comment". Even trying to avoid all coverage, she seeped through by osmosis (If I were being really insensitive, I would say that the coverage spread like...well...you get the idea). And commenting on the inescapability of the situation is perfectly valid, IMHO. Anyway, now she's dead, I'm running a book on how long before the blatts put the boot in on Jack and Jackiey. I'm offering evens on the first critical headline appearing within the week.