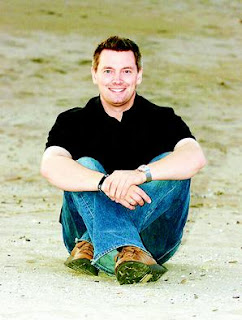 Facebook, then. I've got into it now. The new layout is appalling as they've tried to quell Twitter's growing influence by apeing its house style. It works for Twitter because that relies exclusively on status updates, but it looks messy and is hard to navigate on Facebook.

1 - Word Challenge is damnably addictive, though I've no idea if being an Anagram Cyborg is good or bad.
2 - I can promote this blog easily on Facebook as I'm not anonymous and the traffic to here has increased immeasurably. It's a pity therefore that F-C, VS and BA can't (unless they'd like me to do it for them, for a small commission)...
3 - I do not want to be a pirate, nor to lick your lollipop, nor to be a Mr Man of any description, sorry.
4 - Being a friend of Cameron Stout (thanks to the interview I conducted with him for OTT after his Big Brother victory) gets you lots of messages from friends asking how the hell you know such a high-profile figure...
5 - Being a friend of Cameron Stout does not, however, earn you access to Jon Tickle, though I've tried...
6 - Whoever puts together the movie or music quizzes should be barred from doing so until they've learned to spell properly.
7 - And on a similar tack, there's no point in concocting a quiz on a specific band if you have only a pidgin knowledge of them ("Who is Queen's lead singer?") - you're just wasting everyone's time.
8 - Facebook does not work for my club setlist updates in the way it does for Twitter, but now that I've downloaded the software that puts Twitter updates automatically on Facebook too, I'm a bit stuck.
9 - You get really insulted when someone you ask to be your Friend doesn't respond, even though you meet regularly for drinks or text frequently - then you realise that they only switch on their PC every other month.
10 - Facebook has the capability, depending on who's online when you are, of making you feel 18 all over again.
Authored by Matthew Rudd
Email ThisBlogThis!Share to TwitterShare to FacebookShare to Pinterest

Feel free to promote my blog. I'll buy you a pint the next time you're in town!

I'm all for Fartbook, but don't like the new look though.

One thing I've noticed I'm in touch with a crowd from a club I went to years ago, and the dynamics of group beakdowns are still the same now - in a virtual way, as they were then. With the same clusters of people commenting on each other pages and updates..

sorry random question! Who sang the song Oooh the face?

Been trying to remember fir days when I came across you blog...

And Why Not were the band in question!