Sports news, but without the news... 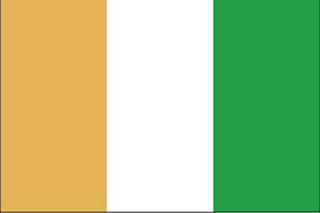 A much-anticipated World Cup qualifying match in a football-crazy nation. A glut of ticketless fans turn up at the 35,000 capacity stadium and try to force their way in.

As a consequence, a perimeter wall collapses and a number of people are caught in the crush. Later it transpires that 19 are killed and 132 injured.

Local police exacerbate the situation by doing what all police officers do - they assume the supporters are causing trouble rather than in trouble, and fire tear gas into the mêlée.

The game, featuring a handful of global football superstars, goes ahead and the result stands. FIFA then demands an inquiry.

Now, this is a major sporting catastrophe. Yet on Sky Sports News, not only was it relegated as a story until 20 minutes into each of their hourly rolling bulletins, but one of their presenters managed to describe the perishing of 19 innocent football fans as "an unfortunate incident".

I don't know whether it was off the cuff or scripted, but either way it is woefully inadequate as an appropriate description of the tragedy and deeply insulting to the loved ones of those killed.

Even on the BBC website's own sport pages, it was a side story on their menu, not one of the major headlines.

Both sources dictated that the absence of Michael Owen from the England squad (which isn't news anyway as he's been ignored for a year now) and other colourless comments from international footballers about their qualifying chances, plus a car chase in Australia, were more important and newsworthy than the loss of 19 lives at a major sporting event.

Could the fact that it took place in the Ivory Coast, rather than a major European nation, have anything to do with it?
Authored by Matthew Rudd
Email ThisBlogThis!Share to TwitterShare to FacebookShare to Pinterest