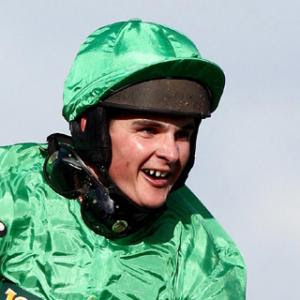 More than 1,000 people complained about Clare Balding telling the winning Grand National jockey Liam Treadwell, live on the BBC, that he could now afford to get his teeth fixed, asking him to open his mouth so everyone could see his crooked gnashers.

Treadwell himself has already said he could not give a toss, thereby showing far more sportsmanship and humour than any of the pillocks who rang the BBC.

Balding, arguably the most versatile sports broadcaster working in television today, was probably a little misguided in highlighting a less flattering part of Treadwell's physical appearance. But honestly, the people who sit by their televisions and radios "waiting" to be offended really get on my nerves.

What on earth makes them think they are entitled to get upset on behalf of someone else? Someone they don't even know? Balding is an ex-jockey and a lifelong horsewoman who knows everyone in the fraternity - did it not occur to these lifeskill-lacking doofuses that it might be a running gag between them?

I've heard Treadwell say on 5 Live today that he knew it was a gag, didn't especially care about it and had far more to celebrate than he had to regret. More to the point, he wasn't offended. He wasn't offended then, he isn't now. So everyone who moaned can now be quiet and concentrate on sticking their snouts into something else which doesn't concern them.

I wonder if they've rung the BBC every time someone has commented on Janet Street-Porter's oversized teeth? Or maybe they think Steptoe & Son should never be broadcast again because occasionally the dad gets his rotting dentures out and the son insults him over it.

And you know what? I reckon by the time we see Treadwell again at a grand public occasion, he probably will have had his teeth done. I would therefore expect the thousand-plus folk who felt compelled to look up the number of the complaints department to instantly ring back the BBC and insist Balding gets a rise.
Authored by Matthew Rudd
Email ThisBlogThis!Share to TwitterShare to FacebookShare to Pinterest