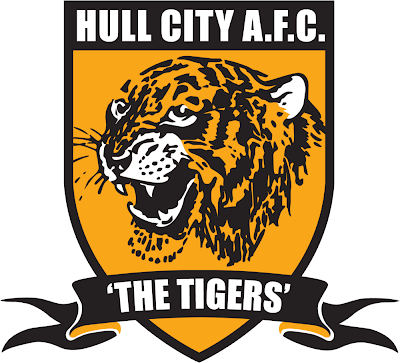 It's been a long time since Hull City were last relegated, and even if we do go down today, it won't feel as bad as the last two.

In 1996 we sunk to the bottom division after losing at home to the horrible, play-off chasing Bradford City, whose fans were given our South Stand at Boothferry Park. This inflamed an already volatile situation. You can guess what the two sets of fans then proceeded to do.

In 1991 we knew we were down by the time the inhuman Stan Ternent was fired in the New Year and the pain of our sinking was at least treatable on a weekly basis but it was still a long, slow, agonising death. In our five years in the second tier that preceded we had entertained pretensions of promotion to the top flight, which everyone knew we'd never done before.

What's hard to bear about this season is just how much we have thrown away since being seventh in the table at the turn of the year. We've only won one Premier League match in 2009 and gradually, but noticeably, we've slunk down the table, although only in the last six weeks or so did it become obvious to everyone - except Hull City fans, who always knew - that we were a relegation candidate.

Today, at Bolton, we need to better Newcastle United's result. Even if we don't, there is an opportunity to overhaul Sunderland on the last day if they lose on Monday night. However, our final game is against Manchester United and, even if they have the title sewn up and play all the kids when they come to us, it will still be the tallest of tall orders.

As the great Adrian Chiles, a man used to the horror of relegation, paraphrased from someone wise and philosophical: "It's not the despair, I can stand the despair. It's the hope I can't stand." No quotation could better sum up my feelings right now than this one.

It's been a long time since I've written about Hull City, as Boyhood Dreams kind of covers all of the Tiger Nation's feelings in blogland. But today my heart ruled my head. Even if you're laughing at us in private, wish us luck in public.

Best get to Bolton then...
Authored by Matthew Rudd
Email ThisBlogThis!Share to TwitterShare to FacebookShare to Pinterest

Laughing in private? There'd be no greater joy for me than to see Newcastle go down.
Play up the Hull.

Do you reckon Brown ever regrets the decision he made on Boxing Day in Manchester?

The half time team talk in Manchester was deserved because we were fucking awful. It's just been used as an excuse by know-nowt pundits who get ten minutes of highlights every week and need to find an opinion for themselves. I would say Brown's actions that day have had as much bearing on our decline as Penelope Keith has.