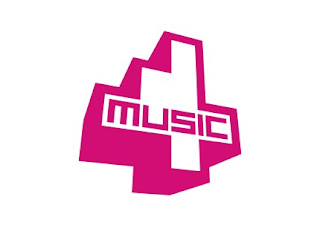 And so back to the gym we go. I'm still traipsing along four times a week and still trying to overcome the potential boredom threshold that goes with it.

But I am improving, and I am taking it seriously - my recent purchase of some tracksuit bottoms and a drinks bottle proves this, surely. More pertinently, I can now do the whole 30 minute treadmill session at a sturdy nine kilometres an hour which means the calorie target is almost reached when I stagger off, panting and perspiring, before even touching any other endurance contraption or the weights.

Podcasts do help more than music when it comes to passing the time and stopping you from watching each second tick by, wishing it was far closer to the end than it is. You do get odd looks from other people though when you realise that your little, self-created world has made you laugh out loud at a pithy comment on Jennifer Aniston that Mark Kermode has just made.

Anyway, anything is preferable to 4Music, which seems to be perennially on the screens in the gym when younger members are about and appears to show the same JLS video every 15 minutes.

That said, a Freeview-accessible radio station was on the screen when I turned up a week last Sunday - and I happened to be on the air, in all my pre-recorded glory. A rock fan with long hair, a bandana and camouflage trousers had put it on while pumping the dumbells and so I quietly slipped my iPod in, not wishing to hear any adverse reaction to any of the lovingly crafted links I had put between songs. However, when camouflage man had gone, I did overhear one younger member say words to the effect of "turn that shit off" and 4Music was instantly selected, just in time for the new JLS video, again. I said nothing and kept running. Professional artists will always confront the uneducated every now and then, darling...

Another decent achievement of late is that I've also managed to tolerate, if not master or gain affection for, the cross trainer. This vile machine usually makes my calf muscles spontaneously combust after 30 seconds but recently, maybe because my body is now used to a bit of exertion, the pain in my lower legs has subsided enough for me to grimace through it. It also feels like the sort of lactic acid build-up that suggests I'm doing something right on the wretched thing, though I wish the manager hadn't put a mirror up directly opposite because it is one of the campest activities a man can do.

I still aren't using the stepper. And it would appear nobody does. It's in an adjoining room with two exercise bikes and only the bikes need to be wiped down by the staff each day, it seems.

Anyway, the calories are shifting, the shoulders look a bit better and, most importantly, half a stone has gone. I'm getting there.
Authored by Matthew Rudd
Email ThisBlogThis!Share to TwitterShare to FacebookShare to Pinterest

Well done, old bean. I can't abide the cross-trainer. I always start to feel seasick if I use it. Which is odd, as I don't get seasick at sea. Anyway, four times a week? I doff my hat in your direction. Most impressive!