It was "What Are You Doing New Year's Eve?" by Mary Margaret O'Hara, actually 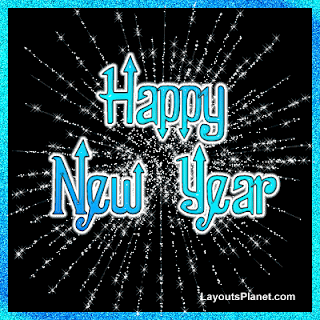 Here we are then, in a new year which nobody knows what to call (as a traditionalist, I'm going for two thousand and ten) within a new decade which has yet to be given a rubbish soubriquet (I reckon it'll be the "teenies" eventually, yuck) and I'm now in "new job" mode.

I've mentioned it here and on social networking sites without going into mega detail so far. It's the breakfast show on 107.9 Pennine FM in Huddersfield and I start on Monday. It's part of a major relaunch of the station and it gives me great pride to be chosen to be at the head of the daily schedule. 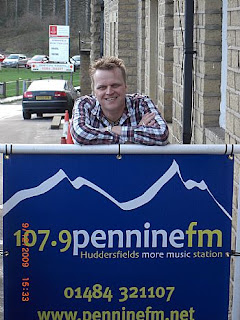 Yes, they specified they wanted a lumberjack for the job. I was appointed after showing particular aptitude for eating my lunch and going to the lavatory.

Getting up at somewhere between 3 and 4am every day horrifies most people but, as I've said before on this blog, I love it and I cannot wait to get started. It is helpful also that I'm going to be broadcasting to a town I already know and like, having lived there for five years in the 1990s.

It has been at the back of my mind throughout December and so I've been able to relax a little for the last month and not scoot around the country doing various last-ditch shows as a freelancer, knowing that a new job and a regular income awaits after the shindiggery of Christmas and New Year were done. The show is now ready to roll. I've done the clocks, the station has done the production package for the show (as voiced by the great and good Charles Nove) and now I'm twiddling my thumbs, waiting for that alarm to sound on Monday morning.

Meanwhile, it also allowed me to have a proper Christmas Day. In the last few years, my Christmas Days have been tethered slightly by either having to work somewhere on the day or an early morning trip somewhere on Boxing Day. Both of these prompt a restriction on one's alcohol intake and the latter also necessitates a heartbreakingly early night. But not a bit of it this year. I did the club gig on Christmas Eve and drove home through the early hours on the most deserted of M62 carriageways and then was up by 10am.

We hosted this year, for the first time ever. The completion of the extension and the desire to give my parents (Dad is 70 in February) a day off from cooking and other activities for once made us keen to welcome people into our home. So my mum and dad came along as did my marvellous aunt and uncle.

Dinner was a success and then my uncle, a competitive man, opened a carrier bag containing three different games. This is what Christmas should be about, even if you don't have any kids in the house - family games. There was Trivial Pursuit (is it 1986 again?) but that geography-based version of the game; plus a music DVD game and Balderdash. We played all three, in three teams of two, and the NB and I won all three. Sorry, like.

I did the club night again on Boxing Day and was stunned and thrilled by the fact that we got a full house. I didn't think anyone went out socialising on Boxing Day; I always had it down as another family day. With us, it was always a case of see one side of the tree on Christmas Day and then spend time with the other side on Boxing Day. But Stockport's bunfighters were out in force and we had a top night.

Between Boxing Day and New Year, I spent the rest of my time between my house, visiting people, working at the Pure studios (where I've been covering drivetime, prior to leaving the station altogether yesterday) and attending the football. Then it was the club again for a seven-hour marathon New Year gig which flew by, although I cocked up midnight by putting the wrong CD in for Auld Lang Syne. Fortunately everyone was too busy in romantic clinches to notice, and it turned out the ditty I played instead (for about 20 seconds) was related to New Year anyway. First song of 2010? Greatest Day by Take That. Totally stormed it. Finished at 4am and drove back across the Pennines again, totally free of traffic, listening to Alex and armed with the biggest cafe latte in history. I've spent most of today in bed.

I hope your festive season was fun and worthwhile. 2010 feels like it could be a big, important year for me. Whatever ambitions you hold for the 12 months ahead, I am with you in hoping you fulfil them.

In my family (when I still lived at home), Boxing Day was more or less an extension of Christmas Day i.e. more excessive eating and falling asleep.

When I got older i.e. around my socialising age I found that Boxing Day was a big day for going out, although the majority of the afternoon/evening was spent in the local pub catching up with friends old and new.

Of course my favourite past time on Boxing Day has always been the football (if they do play on that day!).

Now I'm married and no longer a season ticket holder for my beloved club, Boxing Day seems to be more or less how you described your vision. (It still doesn't stop me craving the football though!)

Happy new year to you. Hope it turns out well for you. Will be looking forward to trying to pick up Pennine FM on way into Leeds whilst on the M62

Being married should never stop you being a season ticket holder. Unless your missus hates Leeds United, of course, in which case bravo to her...

Ooops, that looks like an error in my wording! Perhaps I should have explained a little better

I still had a season ticket in the first year we married. Unfortunately it came down the other obstacle which was cash (or in this case lack of it!).

You'll be pleased to know that the Mrs. dislike is for football in general and not just reserved for Leeds. To be fair she never put any pressure on me to give it up, it was my decision. Seems rather foolish now!

Do you know the difference between Balderdash and Absolute Balderdash because the latter is my favourite game in the world. It's creative and nobody's sat around waiting for their go.

It was the Absolute... version, Suzy. Not played it for a few years. Great fun. And thanks hun, all the best to you and the cardigan king too. Still waiting on Butterflies...

Lee, it's never foolish to give up watching Leeds United. In fact, it's worthy of an MBE.

I'm just delighted that the people of Huddersfield will forever know just what you were doing around half three on December 9th last year.