Friday, little to report, and so because I'm bored of seeing Tarrant's mug at the top of this blog, I thought we'd engage in a little iPod roulette. Shuffle mode set and, uh oh, here we go...

1: Grace - Supergrass
"Then you showed me Mars through your telescope!" My mate Dan, who signed the Tarrant post, looks like a member of Supergrass. I haven't much to say about their music except that it's fun and crazy and gets from A to B without fuss or flinch. The introduction to this two-minute jam sounds like that of the theme to Jamie & The Magic Torch, something which every commercial radio DJ in the country observed when they first played it.

2: He's On The Phone - Saint Etienne
"The lipstick kiss, reminisce, awake til dawn..." This is one of my favourite songs of the 1990s, a most rare example of an "indie" (inverted commas intentional) group embracing all-out dance music and getting away with it. A solitary, lonely existence charted by Sarah Cracknell's whispery vocals. Twitter made me laugh recently when someone genuinely believed that the headline "Cracknell fractures skull" was about her, and not the rower-cum-adventurer James. Also, I keep forgetting that the first word of their name is the full 'Saint' and not the two-letter abbreviation. Be careful out there. 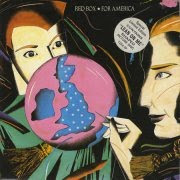 2: For America - Red Box
"Title fights and human rights, your satellites, you're parasites..." Red Box got stuck between pop tweeness and a desire to be taken seriously and never really managed to prolong their careers via either path. The singer always looked really stern and pretentious too, though use of a tin whistle and multiple drummers did make them look outwardly different. This is good, if only for the nonsensical chorus and the ridiculousness of rhyming "gasoline" with "Made in Taiwan western scene".

4: Gett Off - Prince and the New Power Generation
"You plus me, what a ride!" Prince in complete filth mode is outstanding. This is the unedited version, whereas the single we bought in 1991 had a reverse effect on the words "move your big ass this way" which, for 1991, was tame stuff, and certainly tame compared to some of the material Prince was churning out. The production is all seed and squalor and the words are uncompromising in their intent, and Prince managed to promote sex without ever appearing misogynistic. Fantastic.

5: The Sun And The Rain - Madness
"I haven't a doubt that this is what life is all about..." Not a live favourite with Madness as it meant Mike Barson ended up with severe cramp in his fingers thanks to the relentless, pounding piano track that starts and ends the song. As fair as a Madness song at the tragic end of their canon can get, with smart imagery of a man wandering the sodden streets with little purpose, though Grey Day will never be surpassed for sheer depression. No wonder Barson quit the following year, mind. I'd want to retire to Holland with my royalties if I had to play this arthritis-inducing solo forever. Should serve him right for writing it in the first place...

I love For America. Such pace. And Grace is one of my favourite songs.

Let me have a go:

Cracking selection Matthew. The Sun And The Rain was Madness' finest hour. Can you do a Top 10 next time?

Just before I plug it in to charge:

Wow, those are all brilliant. Go me!