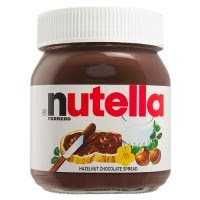 There are plenty of dog owners reading this blog. See what you make of this.

Every month, the parish council in our village sends out a cheaply photocopied newsletter which is shoved through the letterbox of every house.

And in every issue, the main complaint made to the council that month is about uncollected dog "mess".

(I've always endeavoured to avoid mentioning this subject, as it isn't particularly edifying. But my goat has been got).

I live in a village which, I'm convinced, hates dogs. Plenty of people own them but they only have the residential streets to walk them on. Every bit of greenery - the huge playing field area, the school grounds, some farmers fields - are either prohibited to dogs via signage or made inconvenient through restricted access and overgrown walkways.

There are no pavements on the main road on three of the four main exits from the village, so taking the dogs on paw into the surrounding, accessible countryside poses quite a risk.

What irks me most is that the council have spent some serious money putting those "Clean It Up" signs on the lamp-posts and yellow-painted warnings on the pavements (showing a cartoon image of a dog parking its breakfast - how charming) but have not supplied a single bin for those of us who diligently follow instructions. We have a large village but only five generic litter bins (one of which is on the out-of-bounds playing field).

I have three dogs. I used to have four. On our daily long walk, this is potentially a lot of waste. I go armed with half a dozen bags and do my duty as soon as they do their business. It's unpleasant but it goes with the territory. I understand that and so do 99% of the dog owners in the village. Yet there seems to be a relentless campaign afoot, via some nasty little newsletter featuring contributions from folk who haven't much of a role in life, to make all dog owners feel like absolute scumbags.

The main point to all this is that we have major double standards going on, and here we get to the reason why I'm putting this on here. Yesterday afternoon I took the three Bassets out for their constitutional and as we passed the entrance to the playing field, the leads suddenly extended as they frantically went for something exciting of smell and look on the ground.

Somebody had dropped a full glass jar of Nutella chocolate spread.

So, we have a combination of broken glass and chocolate. How to make a dog severely unwell, at best, in one fell swoop. I dread to think what would have happened if a dog off its lead had found this pile of danger. Some vandal had dropped this item on the footpath that dog owners have to stick to because they cannot take their pets on to the field. And although I managed to keep two of mine away in the end, Bentley took a huge lick of chocolate.

To my great relief and my big boy Basset's immense fortune, he went for the abandoned label rather than any of one of the many chocolate-drizzled pieces of jagged glass. I managed to prise the label from his mouth and he spent the rest of the walk licking his lips. We ended up on the field, from which we are banned, because the broken glass and chocolate - for those of you who don't know, a small amount of human-consumption chocolate can kill even a reasonably-sized dog - had made the footpath impassable. Three Basset hounds are not as pickupable as a single Westie.

I almost wanted to be apprehended by a woman in a parish council T-shirt and a clipboard. I'd have enjoyed not paying that particular fine and giving my reasons why.

One assumes dogs are banned from the playing fields in order to protect the kids and teenagers that use them from the mess. Fine, that's understandable, even though more mess is created by litterbugging kids and cider-swilling teenagers than by dogs, and only a minority of owners barely visible on a pie chart are of the type that don't pick up after their pets.

So how about switching this courtesy to making the footpaths and public walkways equally as safe for dogs? The chocolate spread within smashed glass was a particularly nasty and extreme example, but every day there is fresh broken glass on that particular path, almost always a lager bottle. Ten yards away there is a bin on the playing field and whoever has consumed that lager has chosen to smash the bottle rather than use the bin. Usually I can shorten the leads and guide the dogs around the glass, but yesterday it was impossible.

Ruby has had cut paws in the past, and yesterday afternoon I was checking on Bentley constantly in case he suffered any bleeding. Nearly 24 hours later he seems fine and that is a merciful outcome. If he had ended up at the vets with cuts to his mouth, or worse, I'd have sent the bill to the council. They wouldn't have accepted liability, of course, but it'd have been fun to throw back a bit of what they constantly throw at us.

I'll get stick from some for this post, probably city dwellers with no pets and no empathy for pet owners. I know a few like that. But I still feel better for it.
Authored by Matthew Rudd
Email ThisBlogThis!Share to TwitterShare to FacebookShare to Pinterest

All public spaces should be kept suitable for their intended users, and that should reallty be acheived by people disposing of their waste properly in the first place. I look after a cleaning contract as part of my job and am forever getting told that the chaps pick up as much stuff from the site as is found in the plentiful bins. So frustrating - I could save a lot of public money if people were better behaved.

It seems a bit harsh of your parish not to have a dog-friendly patch of greenery. Good luck if you decide to take them on.

I applaud you. As a pet owner myself (of the canine, lagomorph & rodent varieties), I am tired of the almost constant vilification of - in particular - dog owners, the majority of whom, as you say, clear up after their bundles of joy. The mess that some human beings leave - and particularly that of the little 'darlings' that society is going arse about face to protect - is frankly abysmal. I hope your dog is OK; my previous labrador had his femoral artery severed by a broken glass bottle left by some drunken lout. My vet saved his life, but I believe that all parks, greens and leafy, wooded spaces would be far better off by banning children and 'yoofs' than dogs and their owners, shit notwithstanding. I thank you.