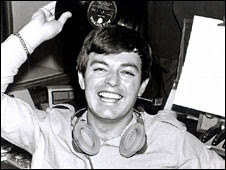 It's fantastic news that Tony Blackburn is going to be the new host of Pick Of The Pops on Radio 2.

That show has so much heritage and importance as far as UK radio is concerned, and for too long now it has been presented a by a jock who did it as a side project without any real empathy for what was going on and, some of the time, sounded like he'd rather be somewhere else.

Dale Winton never hosted it live. That's forgiveable. But he also scorned a lot of the records on there, even apologising for playing them. That's not forgiveable.

This is especially true when you consider POTP is a reminder of what radio audiences' tastes were in the chosen years.

I'm a fan of Tony. Yes he's cheesy, but that's the point. He creates plenty of self-deprecation within his broadcasting style that leaves no room for genuine bores who think that being breezy, making awful puns and generally being old-fashioned has no place in their hip, cool world.

He's also a survivor. He has maintained a varied and successful radio career on a national and networked scale when most of his contemporaries have been scrabbling around for employment after being outed as "naff" by the whole Smashie & Nicey phenomenon. Tony took that caricature and turned it into a plus point for his career. He has done countless shows on big regional stations, at breakfast time and when indulging his passion for soul music, and recently got on to Radio 2 for some Bank Holiday specials.

The decision to give him Pick Of The Pops shows that his journey back to the top of the industry is complete. And the show will be brilliant in his hands.
Authored by Matthew Rudd
Email ThisBlogThis!Share to TwitterShare to FacebookShare to Pinterest

Oh dear. Looks like I'll be turning of Pick of the Pops from now on.