Back from the annual jaunt to France then. Hope you're okay.

Last year, I shared a few daft snaps that didn't exactly fall into the "waving from an airbed while quaffing San Miguel" category of holiday picture and, weirdly, you seemed to like some of them. This year, I've done the same. I photographed anything that looked strange or was worthy - at the time - of a story. Reflection since disembarking from the ferry this morning has prompted me to discard about 95% of the photos I took, and it leaves us with these... 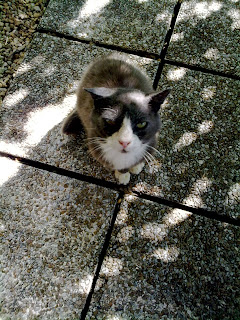 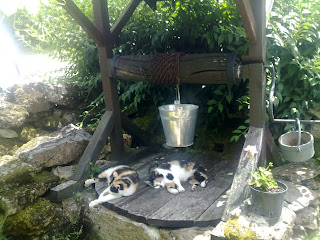 Yes, the farm cats survived the winter which, apparently, was as harsh as ours, proving that they're made of stern stuff. Scabby, the ageing, prolific fornicator tom, is still going strong while the mère et fille tortoiseshells, whom my dad has named Pinky and Perky (one has no tail and just a pink stump in place, leaving the other's name a bit of a no-brainer) are a bit more independent of each other but still like sleeping on the well. Little Tommy Stout not pictured.

They like their markets and bric-a-brac fairs in France, and we visited two. Last year, you were amazed and thrilled (no, you were) by the photographs of all the books, records and cassettes that I managed to take. So, on a similar theme... 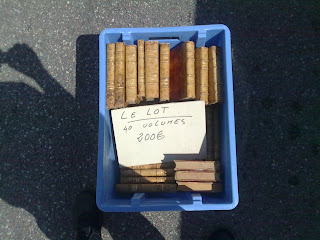 A leatherbound set of the complete works of Emile Zola. A snip at the price, I'm sure you'll agree... 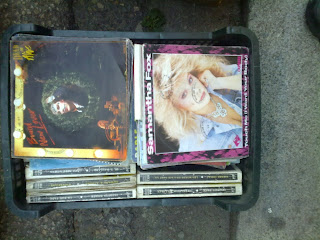 A big box of 80s vinyl singles, with Dead Or Alive and Samantha Fox on top. A demonstration of what epitomised French pop taste back then... 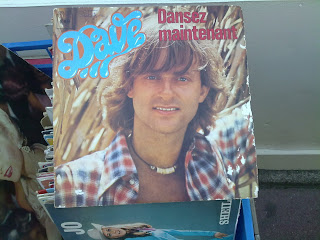 And this is my favourite. I'm fascinated by the idea that, in 1975 (I checked the reverse of the sleeve) there was a pop singer who felt he could achieve stardom under the simple, straightforward name of 'Dave'. A blokeish satellite television channel has cottoned on to the power and panache of that name in recent times, so clearly 35 years ago this guy was a groundbreaker. No idea how the single did, in France or anywhere else, and I'm too scared to Google this guy in case my illusions are shattered. Mondo might have heard of him. VS already hates him. F-C has probably got his album. Richard Hammond has certainly got his necklace. 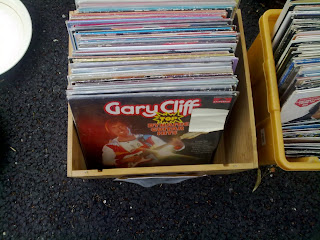 Second only to our heroic Dave is this chap, evidently not French, and whose album promises to play the 'dynamic guitar hits'. I didn't have long to look at the time so didn't read the 'including...' list at the side of the sleeve, but is that Lonely Boy I spy at the top of the list? Good song, but hardly an 'opener' and Andrew Gold's version is principally for the piano. Good luck with that, Gary. 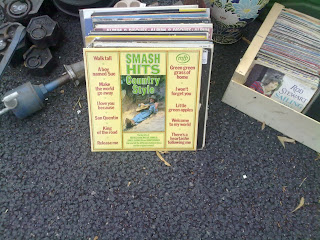 The likelihood of selling this particular album, second hand or nay, is tempered by that imbecilic rhetorical question at the bottom.

Away from the records, I also saw this... 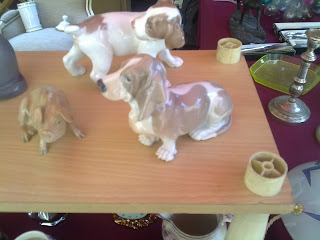 Now, you know how I like a Basset hound. I have three real ones and any number of trinkets scattered about the house based on these marvellous dogs. So, naturally, I was attracted to this china/porcelain/hardish material version when I saw it.

Then I checked out the sticky label underneath, which demanded 230 Euros.

It was still on the stall when I left this market for the day. I wouldn't be surprised if it is still there next year.

And then there was this... 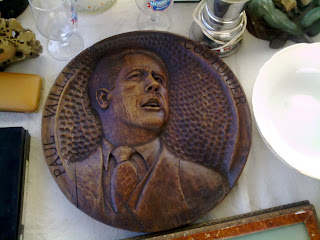 I'm sure Paul Vaillant was a marvellous couturier, albeit one who didn't live long (click on the photo and zoom in to see DOB and DOD at the bottom). I wonder if he killed himself because people kept asking him if he was Geoff Hurst.

Away from the markets altogether, a couple of other things caught my eye. 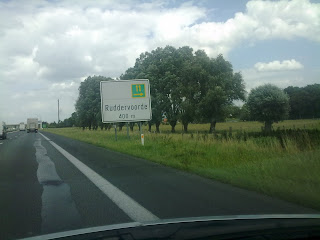 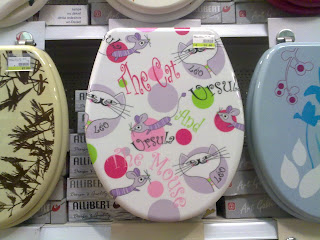 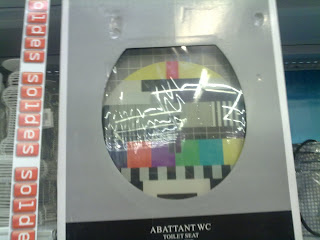 A pair of marvellous lavatory seats on sale in an upmarket hardware store... 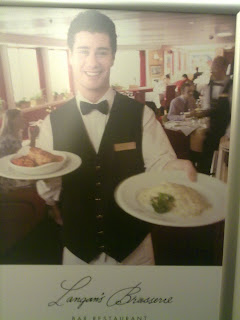 And I'm sure this is the chap who played Adam Barlow in Coronation Street for a few years. This chap has been the waiter on P&O's restaurant posters for almost ten years now and his identity is really bugging me. I even tweeted it to Antony Cotton (aka Sean Tully) to see if he could come up with a positive ID though naturally, as a celeb, he exercised his prerogative not to reply.

Finally, this is how Belgium looks when you leave it behind and head back across the North Sea. 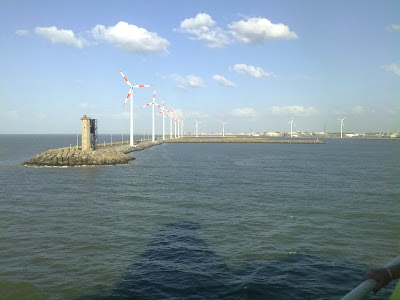 Good to be home.
Authored by Matthew Rudd
Email ThisBlogThis!Share to TwitterShare to FacebookShare to Pinterest
5 exclamations of response