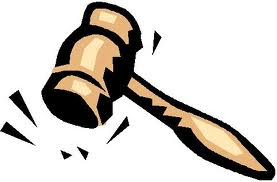 I'm intrigued by this story that police press officers are using Twitter to report on court cases, because of a decline in the number of journalists sitting on the press benches.

I assume this project is a watered-down version of the 'court in brief' sections you see in most local papers, simply due to the 140-character limit.

I loved court reporting. It was my favourite part of the job when I was an untalented agency hack in the 1990s. I had no nose for fresh news nor off-diary stuff, but sit me at a press bench in the magistrates court, listening to monotonous prosecution outlines and outlandish pleas of mitigation, and I'd come back with half a dozen cases in my best Teeline, ready for the next day's paper.

After a few years, however, the paper in question decided to cancel its contract with our agency and send its own news reporters along each day. I still went, as there were other outlets who would take the higher profile remand cases and so on, but rarely got to write something through to its conclusion as only the local paper had an audience that would be interested in standard house burglaries and drunken scraps.

What struck me at the time was that the hacks sent along had next to no knowledge of how courts worked. This wasn't entirely their fault; they had learned the laws and processes when doing their NCTJ training, as had I, but as they then got work at a paper that sub-contracted their court reporting, they were out of practice and had forgotten what they'd learned. They were stitched up by their bosses somewhat by not being told to refresh their memories prior to turning up.

The result of this would be some botched write-ups, usually in terms of the crime committed or understanding the sentence handed down, and as a consequence a few clarifications needed to be added to future editions of the paper. In four years of doing the job that only happened to me once, when I had to accept that my notes didn't back up a claim that a witness to an assault case had been involved in the fight. All I remember otherwise was that the scrap was about who owned a plastic dinosaur.

Court in brief was the other end of my job; collecting all the result sheets from previous days' proceedings and typing up every single one that resulted in conviction and punishment, barring those we'd already covered contemporaneously as stories. So you'd get page after page of "John Smith, Shithouse Road, Eviltown, indecent exposure, fined £60", and this was something of a bore. It was also awkward to do, as my boss would often look over my shoulder, see my summary of a case and asked why I'd missed it on the day of hearing. This happened at least once a week.

Also occurring at least once a week would be a defendant spying my notebook and pen and asking me - or pleading, to put it more accurately - not to put him in the newspaper. These people would fall into two categories: they were either middle-aged blokes done for kerb-crawling whose wives still didn't know they'd been collared; or young toerags done for burglary who didn't want their exciting new girlfriend to know they'd funded her engagement ring via an afternoon of being bogus electricity meter readers. I treated each plea on its individual merits, though I'm happy to say all pleas from the latter fell on deaf ears.

I'm long out of the industry and have always said I'd go back - assuming some paper would ever be desperate enough to want me - only to be a full time magistrates court reporter (or the Hull City writer for the Hull Daily Mail, but that ain't gonna happen). It would appear, however, that the art is dying a bit, if this story about press officers from West Midlands police tweeting cases is indicative of what is happening elsewhere in the country.

It's a fantastic waste of everyone's time, I suspect, especially as it appears one crucial fact in the tweets that is being omitted is the name of the defendant. What are they putting on? "Defendant XXXX, Fornication Terrace, Analville, TWOC, 12 months probation and £45 costs"? Just what is the point of that?

I've blogged in the past about a handful of my favourite court moments. Feel free to click on the posts in the 'My journalism career' section to the right.

*the hashtag in the title is better summed up as 'affray'.
Authored by Matthew Rudd
Email ThisBlogThis!Share to TwitterShare to FacebookShare to Pinterest

Also, would you trust the police to cover a court case fairly, accurately, and contemporaneously -- as the rules of court reporting say it must be?

Having covered a few relatively high-profile crown court trials, and heard what the attendant detectives outside the courtroom have to say off the record -- I wouldn't bank on it in the slightest.