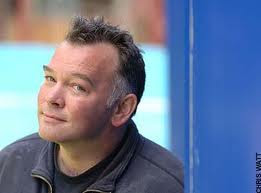 Stewart Lee appeared on the radio last week to promote his latest project. While talking to Richard Bacon on 5 Live, he said something that intrigued me and simultaneously troubled me. To this moment, I still don't quite know what to make of it.

In expressing his professional admiration of Michael McIntyre, arguably the most high-profile comedian in the UK, he said thus:

"He's proved you can be popular without being awful."

He wasn't chased up on this opinion, but at first glance - and second, and third, and so on - he essentially seems to be saying that anything that catches the attention of the wider general public must be bad.

I'm trying to find another interpretation for it, but I can't. I keep telling myself that there must be one.

McIntyre is the exception to Lee's rule, it seems. But other popular comedians - ones who get plentiful media exposure and fill arenas and theatres - seem to be equally as bad to Lee's crowd as they are good to the wider public.

It's snobbery of a quite stunning kind.

There are loads of great comics who remain underground and undiscovered, it's true. But it's quite a generalisation to suggest that, until McIntyre (who I think is very funny) came along, any comic daring to be successful and popular automatically becomes less gifted or less relevant.

It's a chattering class viewpoint, isn't it? It's about being cool rather than being good, about putting artistic integrity ahead of mass appeal. Yet I'm in no doubt that if you are very good indeed, then you can achieve artistic integrity and mass appeal together, and there is no avoiding public acclamation, even if you are of Lee's mindset. Eddie Izzard tried this, courtesy of a massive live reputation which he refused, for years, to enhance further through television. Eventually, though, telly got him and without it, his varying political and charitable crusades wouldn't have happened.

It's a very British thing to do; to knock success and somehow downgrade it when it happens. It might be borne of jealousy. I don't have a beef with Lee as a comic, but I think what he said, even though he was acknowledging a rare exception in McIntyre, is staggeringly pompous, and something of an insult to ordinary people.
Authored by Matthew Rudd
Email ThisBlogThis!Share to TwitterShare to FacebookShare to Pinterest

I remember seeing, Peter Kay, before he was properly famous and then afterwards when he was.

This article, which argues the opposing point of view to your blog made a lot of sense to me in light of that experience:

I love Stewart Lee...love him...but is it a case of jealousy rather than of snobbery?

For example, I'm not a dreadful radio presenter, I'm not brilliant but I wouldn't say I make people turn off in disgust (hopefully). I've been guilty in the VERY recent past of saying that a number of people, for example Johnny Vaughan, are bloody useless.

It's snobbery in a way because previous to Capital Breakfast, he wasn't known as a radio person and I like to think that the big shows should go to people who know and love radio.
Moreover, it's petty jealousy on my part because after spending years listening to the radio and working fairly hard to sound half-decent, I'm never going to be given over £1,000,000 a year by Global Radio to talk over doughnuts that quite frankly after 5 years I should be used to by now!

Is that the case here? Stewart Lee displays it a lot in his stand up (in my opinion) and addresses it himself in his fabulous book.

A better example is probably Richard Herring whose book "How Not To Grow Up" becomes hard to get through just because of his utter bitterness about people he perceives to be successful without being as worthy as he is.

Does ANY of that make a jot of sense? I've had 2 Celebrity Slim shakes today and that's it!

I wouldn't lose sleep over it Matt; the correlation he refers to sometimes holds water. And sometimes it doesn't. Morecambe & Wise and Cannon & Ball were both very popular, however, only one pairing was awful. Even if you did detect a snobby tune, are we not making these random assertions all the time regarding music? Van Dyke Parks makes a valid point about 'popular' chart music - it's a million miles long and only an inch deep: it's very shallow.

Deep down we all have an agenda, even if we don't own up to the fact. It just so happens that when Lee makes his opinions known it invariably causes offence. Just ask Richards 'Hamster' Hammond if you don't believe me.