As they basked in the warmth of East Yorkshire sunshine coming through the glass, my cats asked me to pass on their best wishes for your weekend.

Harvey chose to sit up... 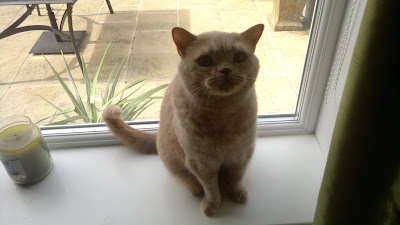 ... Oliver gave us perspective on his front legs... 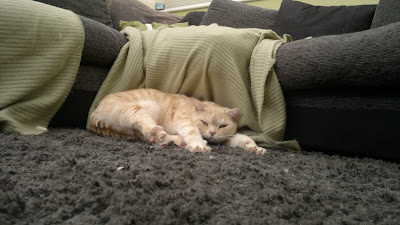 ... Sidney forgot to wake up from his favourite place... 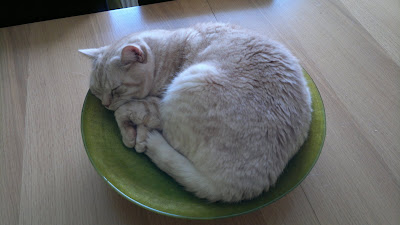 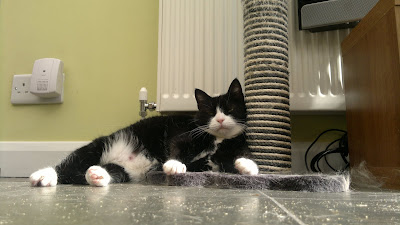 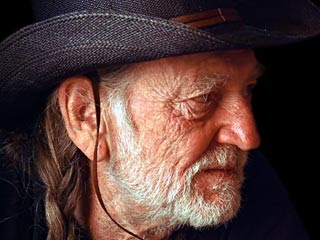 I'm no killjoy. I love the idea that Willie Nelson is going to have to sing the judge's favourite song of his, live in the courtroom. in order to reduce his punishment for marijuana possession. But it is, well, a bit dangerous too.

Still, it's America, and when it comes to legal matters they are, er, a law unto themselves. That's why they let television cameras into court from the outset of high-profile cases, potentially corrupting future jurors in the process. The death penalty, an outrageous thing for any nation to have in the 21st century, exists by accident of zipcode. Serious charges can be negotiated downwards without full consideration of the evidence or the feelings of the victim.

The handy thing for Willie Nelson is that he is an old man now and therefore the senior legal people in the USA will have grown up with his music. I very much doubt a judge in the UK would find him or herself presiding over a case involving their own musical hero; firstly as our judges still are older than most of our earlier music stars; and secondly because we have a courtesy of "declaring an interest" here, in which judges and magistrates pull out of cases if they have personal affinity or acquaintance with the defendant.

Beyond that, however, if a judge had decided to let Mick Jagger off his drugs charge in the 60s - for which he was briefly jailed, let us not forget - in return for a quick rendition of The Last Time and a wriggle of those hips - then our papers would have announced the end of civilisation. That famous Butterfly On A Wheel editorial would never have been written and the prejudiced way society viewed our rock stars as somehow more culpable than ordinary drug-takers would never have changed.

You dread to think what would have happened if Gary Glitter's nasty misdemeanours had been committed in the States. "Go on Mr Gadd, give us a burst of I Love You Love Me Love and we'll restrict you to a fine and a ban on having photo software on your computer."
Authored by Matthew Rudd
Email ThisBlogThis!Share to TwitterShare to FacebookShare to Pinterest
3 exclamations of response 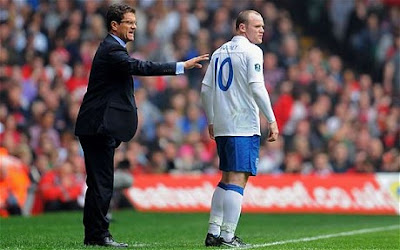 I know top-class footballers aren't renowned for their intelligence or their ability to wipe their own backsides, but surely it wasn't beyond the wit of Wayne Rooney to know about his own disciplinary situation before he took to the pitch for England at the weekend?

Rooney picked up a booking, a needless one too, and is now suspended for a much more stringent qualifier for next year's European Championships against Switzerland. Afterwards, Fabio Capello told the press that before the match he had neglected to remind Rooney that he was already on a booking for the campaign and that he needed watch his step.

Capello may be the head coach and have overall responsibility for the good of the team, and perhaps he should have had a quiet word with the thuggish Scouser beforehand just as a matter of course, but an element of personal responsibility - and professionalism - is required from the player too. Rooney is well recompensed for a job millions of men would kill to be able to do, and at the very least he should take to the pitch aware of the situation he is in and what his conduct that day could or couldn't achieve. No manager of any professional football outfit should have to tell volatile players that they are on a booking and to be careful. The player should already know.

Of course, since the World Cup, some newspapers have it in for Capello and therefore he has taken a hammering over this. His only proper mistake was admitting to the slavering hacks that he hadn't had the requisite word with Rooney prior to the game. But that's more than enough for some of the morons who seek to make a pariah out of the Italian - even after a game which England won with some comfort - and Rooney's own stunning but depressingly predictable lack of gumption has passed by without much in the way of comment.

There could be another reason behind Capello's miscalculation, of course. Perhaps he knew Rooney would get booked and wanted a bonafide reason for dropping him from the next qualifier. After all, Rooney has not played well at any level for well over a year now but he is regarded as such a pivotal figure for England that leaving him out purely on form and tactics in a competitive fixture would be tantamount to heresy.

Now Capello can look at other forward options for the game against the Swiss, and hope they work to the extent that the Rooney monkey - there's something literal as well as figurative about that expression - comes off his back for good. Rooney is still an international player for the next six, seven years, maybe longer, but this one stupid booking might just be the moment he stops becoming a shoo-in.
Authored by Matthew Rudd
Email ThisBlogThis!Share to TwitterShare to FacebookShare to Pinterest
0 exclamations of response