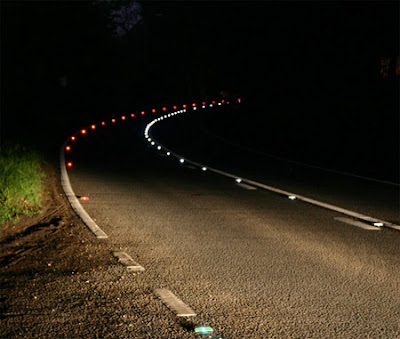 My tally of collisions in motor vehicles grew at the weekend, after a prang on the car park at Hull City's stadium left my car with ruined driver's side doors, another with a crushed bonnet and a third with a scratched wing. The courtesy car is on the way today and I dread to think what it will be.

However, that's nothing compared to what happened elsewhere, in a borrowed car, ten hours later. I was running a few minutes late as I wearily headed back to the M62 from the club night, longing for my pillows and quilt. The matrix above the motorway informed the handful of nocturnal motorists of a closure near Oldham, and I blasphemed loudly within the confines of the car.

Sitting in a motorway traffic jam at 3.30am is the weirdest feeling on earth. That journey is one I make at that time every week and sometimes you don't see another vehicle for 20 minutes. But there were plenty of them huddled into two lanes as the police and highways people closed the carriageway.

Eventually we headed off the motorway and snaked slowly up hills and around unlit sharp bends across the old New Hey Road that took traffic across the Pennines when the M62 was still a transport minister's little pet plan in a ring binder.

With every slowdown, every traffic light, every brief pause because a truck could only negotiate one bend at five miles per hour, came a curse from me. And undoubtedly from many others too. Ahead of us, we knew that a further, planned closure was in place between Brighouse and Bradford for interminable roadworks so we'd have to go through this all again.

Eventually, we re-emerged on to the M62, close to its highest point at Ripponden and re-established proper progress through the night. The second closure duly arrived four junctions later and by now I was as weary as I'd ever been. Over the years I've learned how to cope with it and stay alert, but as I progressed, eventually crossing from West Yorkshire to East near Goole, I needed help. The last service station had gone and the next turnoff was some distance away.

I stopped and sent a tweet, asking anyone who had my number and was still up - it was 5.15am, half an hour after my usual hometime - to ring me. The one thing that always perks this tired boy up during a long drive at the wrong end of the day is conversation.

A few minutes later, Louis rang. We had a chat about anything and nothing really; subject matter wasn't the issue. Then he retired for bed, and I returned a call to John, a fellow broadcaster who'd got my voicemail when trying to ring. He was up due to work at the Great North Run and joyful new fatherhood and so again we had a chat about something and anything. By the time he left for his duties, I was 15 minutes from home and made it quite comfortably.

A few hours later, I was scouring the news pages with my first brew when I saw that a young woman had been killed on the motorway in a collision with a car apparently being driven in the wrong direction by someone who subsequently failed a breath test. The accident happened at 3am; had it happened 20 or so minutes later, I'd have been right there.

When your brain is tired, it doesn't always function logically, and even though it was the police running the show, barely for a moment did I consider something serious had happened; all I could think of was my long journey home being made even longer. I feel awful about that now.
Authored by Matthew Rudd
Email ThisBlogThis!Share to TwitterShare to FacebookShare to Pinterest