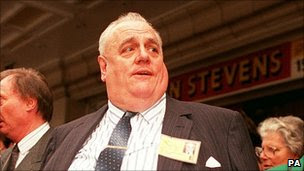 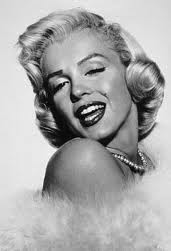 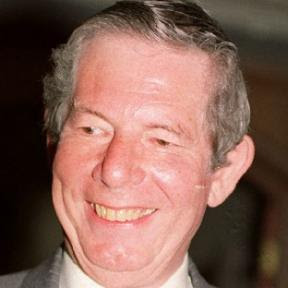 Derek Jameson and, back by popular demand... 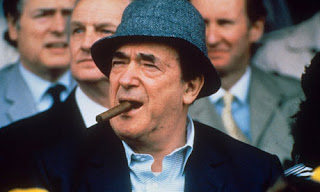 "Is it that Cyril Smith's ate (sic) the other three?"

"Well I can tell you that Cyril Smith, Marilyn Monroe and Derek Jameson were all born out of wedlock, whereas Robert Maxwell was, of course, a different sort of bastard."
My grandma loved Derek Jameson. I can't pin down the dates when he was doing the Radio 2 breakfast show, but at 7.30 each morning following the death of my grandad, I'd arrive at her house in my school uniform to walk her dog just as his dulcet tones were chiming out of her radio.

My abiding memory of him on the telly was from that ghastly journalism quiz he did on ITV in the mid-80s, called Headliners, when he once said to a female team captain: "That's the wrong answer, but I'll give you the points because you're so beautiful." Somewhere at an adjacent desk Nigel Dempster was calling him a twat, and if you could irritate Dempster then you were pretty good in my eyes.

Otherwise, I didn't really know much about him, but he always seemed, well, affable. I don't know. He was married a lot, and issued at least one stupid libel writ, but beyond that he seemed decent, a bit old-fashioned, and quite ordinary. And that was the point.
Authored by Matthew Rudd
Email ThisBlogThis!Share to TwitterShare to FacebookShare to Pinterest