"Just a foolish beat of my heart" 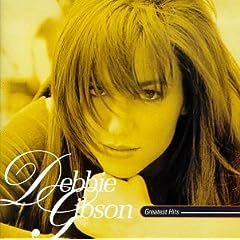 I've just played Debbie Gibson on the radio for probably the first time in 17 years.

Crikey. It deserves a picture, that.
Authored by Matthew Rudd
Email ThisBlogThis!Share to TwitterShare to FacebookShare to Pinterest
1 exclamations of response

I've just shaved off my beard.

The Natural Blonde is most pleased by this sacrifice on my part, and to be truthful there was an itchiness and irritation (with the beard, not the Natural Blonde) which prompted the 45 minute depilation session at the wash basin.

Beardiness doesn't become me, really. I'm fair-haired, so facial hair remains almost invisible unless the starer is very close indeed. There is also a danger that it can look ginger in a certain light (I'm not gingerist, but I don't want to be ginger nonetheless). And what can take more hormonal and rugged fellows a single day to grow is pushing a month's worth of shrubbery for me.

So it was merely an experimental beard. The weirdest reaction I had were from the women in my life - the Natural Blonde hated it and my mum thought I looked scruffy. Their opinions matter the most (though my mum has always hated anything unconventional on blokes, especially either of her two sons - when both my brother and I grew our hair for the first time as teenagers she had a quite excellent tantrum; and don't get her started on men with earrings). However, just about every other woman I see (the regulars at the club and my female colleagues at the radio station) all approved. I was called "dashing" by one. Yeah, dashing! Me! Another decided to have a mild tug at my chinny fur and gaily remarked "oooh, isn't it soft?", suggesting to me that the facial hair which had been previously permitted near her had savagely stripped off the outer layer of her skin. Numerous other females have told me it suited me (so either they have a preference for beards or they're grateful for the partial covering of my features). I'm at a loss as to what to really think.

I do know, however, that I did like the achievement of growing it. As someone who has never had to shave more than once a week in his adult life, it was quite a feat to get as far as I did. And, as a chap who has always been a little boyish for his age (I looked 12 at 18; 18 at 28 etc), I also liked looking a bit older, even if all the beard actually did was make me look my real age.

A chap I know from our attendance at football matches has always sported a quite staggering beard, one of which he is justifiably proud. But even he recently admitted to me, through gritted teeth and with a visible dent to his machismo, that he had given it the trimming treatment because the woman with whom he was walking out had requested it. In the company of his laddish footballist friends, he was mildly embarrassed by his admission, but ultimately it proved that even the manliest of manly men can heed the opinion of the lady closest to them over such matters, even if they don't agree with it.

And maybe this is the key to the contrast between beardists and non-beardists among the female population - ladies think beards are fine on a man, but not fine on their man. I reckon the ladies who complemented me on mine would have been just like my Natural Blonde in their huffy disapproval had I grown it after betrothal to them.

If I grow the beard again, it'll only be out of sheer laziness. A smooth face and a happy wife - the best a man can get?
Authored by Matthew Rudd
Email ThisBlogThis!Share to TwitterShare to FacebookShare to Pinterest
1 exclamations of response

Indulge me, please. These were the songs I picked and played on yesterday's 70s Night on KCFM 99.8. You can tune in each Tuesday (apart from nights when we have football commentary) via our website.

* Songs chosen as the artist(s) had played in the Hull and East Yorkshire area this week in a year of the 1970s.
** Part of a short-lived Christmas feature to showcase the festive songs of the 70s which weren't by Slade or Wizzard.

In the three months I've been doing this programme, the only artists I've found myself deliberately avoiding on the 70s Night are the Bay City Rollers.
Authored by Matthew Rudd
Email ThisBlogThis!Share to TwitterShare to FacebookShare to Pinterest
3 exclamations of response

Joe Calzaghe won the BBC Sports Personality of the Year award by some distance, and thank God for that. At least this year it went to a champion.

The list smacked predominantly of mediocrity. Lewis Hamilton is clearly a superstar in the making, but he didn't win anything. Ricky Hatton's reputation, as well as his face, took a battering mere hours before the votes were cast. And these were the guys who finished in the runners-up spots.

Who else was on there? Andy Murray. For God's sake, Andy Murray. What a dour, miserable sourpuss this lad is. He somehow was deemed more deserving of a place on the shortlist than his elder, more impossibly barneted and far smilier brother, who actually won a Grand Slam title (albeit in doubles) in 2007. Murray the younger not only didn't win any Grand Slams, he didn't even play in two of them through injury. And he moaned a lot. And he hates the English. And he didn't go to the event.

Jonny Wilkinson displayed his usual immaculate kicking prowess at the World Cup, but wasn't in a winning team. He won this award four years ago when he was in a winning team. Voting for him this year therefore instantly devalued the award. His team-mate Jason Robinson, who in his retirement interview tried to get the crucial countryside vote by saying he was buying a farm, got more votes for also losing the World Cup.

I don't know anything about Justin Rose as I don't follow golf at all. But I didn't notice him winning much in the golf round-up.

I do know Paula Radcliffe won the New York marathon six months after giving birth. That's an achievement and a half. But she is always going to be the perennial underachiever at the biggest event of them all and that will always cost her votes. I know she's won it before, but that was when people weren't tired of her heroic track failures and were still attracted by that daft nodding action.

Then there's the other athlete, Christine Ohuruogu, who finished tenth and last in the final voting by a very, very long way. She won the world 400m title, but she also served a suspension (this was even mentioned in the one-line summation about her each time the phone lines were flogged on screen - without mentioning the reason or the later exoneration). Proof that the public take time to believe someone who played chicken with the rules.

That leaves the guy I'd have voted for, had I ever felt the inclination to spend 15p on a phone call. James Toseland was world superbike champion for the second time (yep, twice over, everyone) and had obvious good looks, charm, manners and humility. His fantastic piano playing also will have endeared him to more than just the grinning Suzi Perry. And yes, I know most of these reasons are not relevant when considering who to nominate, so let's look again at what he achieved - world superbike champion. For the second time.

It's enough to win, or come second to Calzaghe, no? This is as opposed to second in the world Formula 1 championship. For the first time. Or nowhere in the world tennis standings. For the umpteenth time.

Toseland should have been in the top three and in fact was a handful of votes from overhauling Hatton for third place. The minority status of his sport obviously doesn't help, and so far only the incomparable Steve Redgrave has managed to take achievements in a minuscule sport to such heights that he won the award.

I don't especially like motorbike racing. But I recognise a champion when I see one. And there were only two, plus a slightly tarnished two more, out of ten on show. The rest got on there to spread the sports around, encourage more votes (and money) and persuade some of them to go to Birmingham in the first place.

Bobby Robson's award, and the reaction to it, made the whole watching experience worthwhile. What a magnificent man he is - the only one who produced an England football team good enough to win a World Cup since 1966. Bit surprised by some of the individuals making up his guard of honour though - okay, I understand the presence of Terry Butcher, Steve Hodge, Peter Shilton, Roger Osborne and Mick Mills, but what was Dave Beasant doing there? I'm glad he didn't present the award, as (**old and telegraphed joke alert**) he'd have almost certainly dropped it.

And how great was Tom Daley, the 13 year old diver who won the Young Personality award? Ok, he recorded his speech as he wasn't at the ceremony, but his articulacy and self-belief made Zara Phillips' horrific, feeble effort of last year ("amazing!") look even more stupid. Good luck to him.
Authored by Matthew Rudd
Email ThisBlogThis!Share to TwitterShare to FacebookShare to Pinterest
1 exclamations of response

I watched Russell Brand on my television obsession, Have I Got News For You, on Friday night.

It was the first time I've ever liked him.
Authored by Matthew Rudd
Email ThisBlogThis!Share to TwitterShare to FacebookShare to Pinterest
3 exclamations of response

One of my regular punters was wearing a silly Santa hat at the nightclub yesterday.

The hat was black rather than red, and on the white brim at the bottom it said 'THERE IS NO SANTA'.

It was a tie-in product handed out by the makers of After Shock, and it made me laugh a lot. Far better than turning up in plastic antlers.
Authored by Matthew Rudd
Email ThisBlogThis!Share to TwitterShare to FacebookShare to Pinterest
0 exclamations of response