If he was an English one-eyed idiot, there wouldn't be a problem

Gordon Brown has one working eye.

Gordon Brown is an idiot.

I wish people would stop wanting to be offended. Grow up, for God's sake.
Authored by Matthew Rudd
Email ThisBlogThis!Share to TwitterShare to FacebookShare to Pinterest
2 exclamations of response 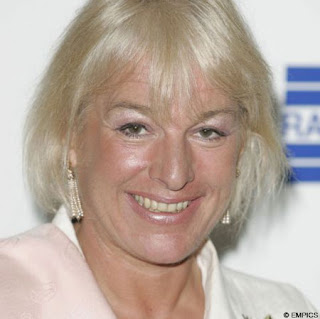 I don't have any real beef about Carol Thatcher's dismissal by the BBC - not that she had an actual job with them in the first place - because she made a racially insensitive remark.

I do, however, find it troubling and infuriating that they continue to not just employ, but also defend Sarah Kennedy for expressing much more dangerous racial opinions than anything Thatcher may have uttered - and doing so via the luxury of her own airtime.
Authored by Matthew Rudd
Email ThisBlogThis!Share to TwitterShare to FacebookShare to Pinterest
3 exclamations of response

Here is John Terry, the captain of Chelsea FC and the England team. 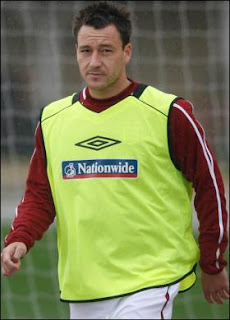 Now click this.
Authored by Matthew Rudd
Email ThisBlogThis!Share to TwitterShare to FacebookShare to Pinterest
1 exclamations of response

Read this short court report from the BBC site and tell me what is wrong with it.
Authored by Matthew Rudd
Email ThisBlogThis!Share to TwitterShare to FacebookShare to Pinterest
2 exclamations of response

I wonder if there is more pressure on the world's greatest darts player to hit the right spots on the board when he is filming a drama, given that the storyline demands numerous lipsticks and a bullseye to finish, than there is when he's goofing around on stage to Chase The Sun by Planet Funk and making Wayne Mardle look very ordinary? I suppose that if Taylor turns up and throws doozies due to the pressure, they can always do a spot of judicious editing.

Given that the straggly-haired Eddie Windass, the one who separates his fry-up on dinnerladies, showed a photograph of himself with Eric Bristow - Taylor's mentor - when he was running his darting scam, why did nobody recognise Taylor? And surely it's ungentlemanly conduct, if not against the actual rules, for a pub team to recruit the greatest player ever to hurl tungsten into their team?

The Windass family is ace. They're like the Battersbys when they first turned up - all mouth and low-level crime, thuggery and disruption. Eventually, of course, the public will tire of their unlikeability and, like the Battersbys, they'll settle down into jobs and relationships and become part of the furniture or, like the Mortons, they'll move on. And maybe I shouldn't say this, but I find the Windass mother very attractive.

Certainly more so than Janice Battersby, who just needs a small piece of circular metal on the edge of her lip and she'd look like Zippy.

The circle is closing in on Tony Gordon, at last, though it was a cock-eyed way of showing it as last night's double bill ended. Emily Bishop was only in the very last scene, telling Rita of Jed Stone's coronary just as the Gordons wandered past. It even made her last on the closing credits. Do actors have it written in their contracts that they'll do a specific number of scenes per year? This looked like someone had miscounted Eileen Derbyshire's quota and, in a spot of panic, rewrote Jed's heart attack scene so it happened offscreen, allowing someone else - Emily - to reveal the bad news and turn Carla's face to thunder.

Lastly, is Coronation Street only allowed one dog at a time? Eccles has suddenly re-appeared as a reason to give Ken Barlow excuse for lustful eye-contact with that barge woman (and if a darts team can't recognise Phil Taylor, then it's no wonder Ken can't recognise Sable Colby), but the re-appearance of the bequeathed small mutt has meant a reduction in appearances for the delightful Ossie the labrador, while we haven't seen Schmeichel the great dane for months and Monica the greyhound for years. Maybe they don't get on. Maybe Eccles has the best kennel facility and tummy-tickling routine in his contract and the others have all walked out in a huff.
Authored by Matthew Rudd
Email ThisBlogThis!Share to TwitterShare to FacebookShare to Pinterest
2 exclamations of response 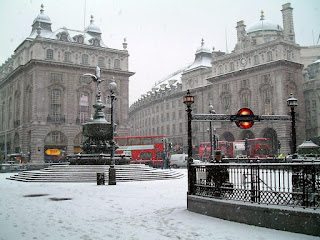 When we got some snow in the provinces recently, my cynical genius friend Kev sent a text which I reproduced lovingly here.

Now, of course, it's become much more newsworthy due to the different location it has dared to invade. And, true to form (and making me laugh until it hurt), here's Kev's reaction, sent via text to all he knows:-

"Oh my God - it's snowing in LONDON! LONDON everyone! Snow in LONDON! Buses aren't running in LONDON! Quick! Newsflash! How will the BBC LONDON staff get to work? Quick! Put it on the news! LONDON has had snow! Actually in LONDON! Forget the rest of the news. Forget the snow elsewhere in the country. Get the RAC on the news, stood in LONDON! Get a reporter on the M25. Oh God, the UNDERGROUND has delays! Oh god, it's unbelievable. There's actual snow in LONDON!"

Heh. He's right, y'know. There's snow in London. And the rest of us will now have to hear about it forever.
Authored by Matthew Rudd
Email ThisBlogThis!Share to TwitterShare to FacebookShare to Pinterest
1 exclamations of response

...I've joined Twitter and, with a nod and wink towards the owner of Off The Telly, have called myself Ruddyell. Yes I know, I know.

I haven't much idea of what's going on at Twitter but it has already revealed details of one blogger's piles, so we've made a start.
Authored by Matthew Rudd
Email ThisBlogThis!Share to TwitterShare to FacebookShare to Pinterest
7 exclamations of response