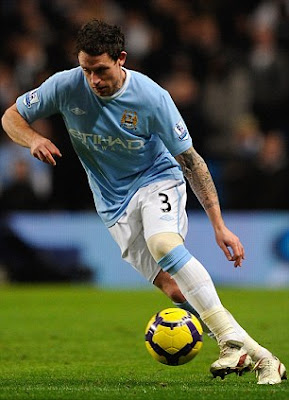 Wayne Bridge is being quite clever, or at least, his lawyer who released the statement is. By declaring himself unavailable for the England team for the foreseeable future, and probably forever, the Manchester City defender has put supporters into a mild panic.

With the first choice Ashley Cole nursing a broken ankle and a bruised ego, Bridge was the natural next in line for the left back slot. Suddenly, with the two default left backs unavailable, we start scrabbling around for another one who can, as the footballing cliché would have it, "step up to the plate". And an England defence with Leighton Baines or Stephen Warnock in it suddenly looks weak.

Meanwhile, to give the non-footballists a place in the argument, it does seem a trifle unfair that Bridge, the wronged party in the whole John Terry affair (need better word here), should be the one to sacrifice his international career, albeit an international career that has spent most of its decade sitting on the bench wondering if Cole may ever be as bad at football as he is at retaining his underpants.

Terry has lost the captaincy, but retains his place in the side. Bridge now loses his England career but retains his public integrity. My guess is that football people will side with Terry and non-football people with Bridge. Ultimately, it boils down to whether winning the World Cup is important to you and, sadly for me, it is. Therefore give me Terry in the team ahead of Bridge's moral stance any day. Fabio Capello clearly agrees, otherwise he'd have told Terry it was his place in the squad, not just his armband, that he was taking from him.

And, beyond all that, it's likely that Cole will be fully recovered both as an athlete and as a member of the human race by the time the real business in South Africa gets underway. All Bridge has achieved is public sympathy, which is no bad thing to have, but ultimately as a fringe player, a back-up, it was all he was ever going to get even if he'd stuck it out, played a few England friendlies while Cole's ankle healed and refused to sit at the same end of the dining table as Terry afterwards.
Authored by Matthew Rudd
Email ThisBlogThis!Share to TwitterShare to FacebookShare to Pinterest
0 exclamations of response

"You fellows will have to excuse me, but I'm going to have a pee out of the window..." 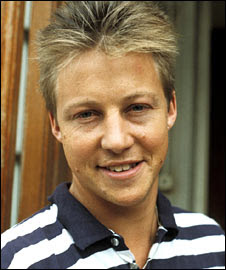 According to his Twitter account, the great Simon Mayo is reviving the Confessions format for his Radio 2 show this week. It's to do with a literacy campaign at the network, and, well, I assume as the confessions he read out in his Radio 1 heyday were well written, it makes sense to bring the best ones back.

Confessions was brilliant and a rarity for radio in that it was a genuinely original idea. I still have the spin-off book somewhere in the house (as well as the On This Day In History one, which I won on the show after identifying Alf Ramsey's predecessor as England manager). I assume, without great confidence, that Simon's own religious connections took him to the Confessions format, complete with the sombre church organ backing music.

Whatever the inspiration, it did allow for some cracking storytelling at 8.35 each morning. Some seem to have passed into apocrypha - everybody knows about someone eating their uncle's ashes in a casserole when they thought they were just "herbs" - but there were plenty that simply were so original that you knew the sinner was telling the truth.

My favourite remains the chap who used trains all the time and rushed for a late-night service after a long session in the pub, caught it just in time but found himself desperate for the khazi ("having consumed a substantial quantity of liquid refreshment during the course of the evening, I now not unnaturally required the use of a lavatory") on a train that didn't have one ("good old British Rail had deemed a toilet an unnecessary luxury").

At every stop, he'd nip on to a platform to see if there was a nearby pan he could fill during the five-minute interval. Each time he was luckless, and had to keep leaping back on to the train, still retaining a full bladder. Eventually the pain got so much that he went into the quietest compartment he could find ("just two City gents, reading non-tabloid newspapers") and cheerily declared to them that he was going to relieve himself out of the window.

It was a beautifully told tale, a written masterpiece. The confession related to the accidental spraying of innocent standers on a platform as his couple of minutes of relief ("the most blissful and pleasurable attainable by man") was interrupted by the train pulling into its next stop. We can be but grateful, perhaps, that his need for nature to take its course did not involve anything more than a jimmy riddle. Had it done so, Simon probably wouldn't have read it out, no matter how well it was dressed up in writing.

Confessions later transferred to television, of course, and the bloke who played Andy McDonald in Coronation Street was in it a lot, for reasons I can't remember. It didn't work for telly but was one of radio's last great innovations and I hope that when Simon starts this week of Confessions off with some of the old favourites, the chap who was desperate to take a slash is one he picks out.
Authored by Matthew Rudd
Email ThisBlogThis!Share to TwitterShare to FacebookShare to Pinterest
3 exclamations of response