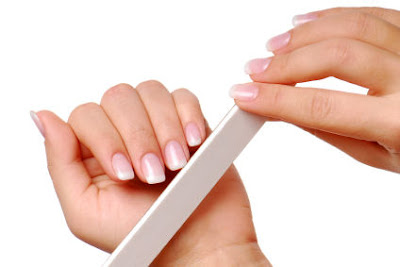 One of those moments you get in radio. I'm on the air, playing a standard Spot The Intro competition, and put a lady on the line.

She told me on air she was a nurse. All good so far. Then she added that she was on holiday next week, but would still be working part-time in her other job as a Marie Curie nurse.

"Oh that's interesting," I said, kind of. "Do you do pedicures too?"

Face omelette. I thought she'd said she was a manicurist.

Still, she wasn't offended. And she won the cinema tickets. And it made Fat Mancunian laugh when he popped into the studio five minutes later, so all good, really...
Authored by Matthew Rudd
Email ThisBlogThis!Share to TwitterShare to FacebookShare to Pinterest
0 exclamations of response

Taint along with Nancy 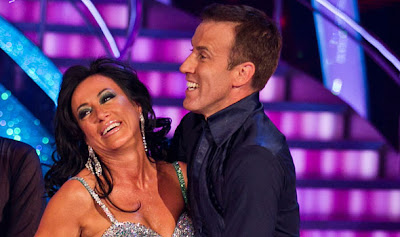 Alexei Sayle once wanted to put "the public" into Room 101. He had a grander idea of what "the public" meant, but nonetheless there were a few mild jeers from the studio audience.

They also use the term "the public" on Strictly Come Dancing a lot. Not surprising, considering that 50 per cent of the vote each week goes to them. And, as a consequence, we have the old trouble emerging each episode, like Basil Fawlty's shrapnel in the leg. The public aren't voting for dancing.

That's fine. Make it an entertainment show. But it does leave the judges slightly impotent. 50 per cent is quite a cut for them to have as far as power of each contestant's future is concerned, but it isn't enough, clearly. Nancy Dell'Olio is finishing way behind the others on her judges' score week on week, but "the public" is keeping her in.

Given that she has little discernible commitment or interest, possibly the least arsed Strictly... contestant ever, she is currently riding on a combination of luck and the popularity of her partner. Strictly... is several years old now and we know the professional dancers well. They are celebrities in their own right, with their own personalities, some charismatic qualities and an understanding of how to work a camera as well as a dancefloor. And the Anton du Beke factor can't be underestimated.

Last year, he and Ann Widdecombe epitomised car crash television. The fearlessly unshowbiz attitude of the former MP did much to keep her in week on week, despite hysterically awful dancing, but that wouldn't have worked without a partner who got the gag. If you'd put her with a moaner like James Jordan or an ego like Brendan Cole, she wouldn't have lasted five minutes. These guys want to win and have no way of adjusting their approach once they're lumbered with someone who simply can't win. Cole, a chippy character at the best of times, has stopped being a dancer or a personality this series because of the uselessness and arrogance - a dreaded combination - of his partner Lulu and has become 100 per cent a dancing teacher. He's never had to work so hard for what will be ultimately little reward.

du Beke doesn't have to do that. Everything about his approach demonstrates his ability to adapt to his partner's shortcomings with a general willingness to send the whole thing up. His asides to the camera while the judges are slagging his partner off or Tess Daly is asking something especially banal are priceless. He makes me laugh more than any other regular on the programme. And it is he, not Dell'Olio, who is charming the public into voting for them. He and Widdecombe were very much a double act last year, on and off the floor, but this year he is having to do all the work himself, and he is succeeding.

But is this tainting the programme? du Beke might be a giggle but I'm sure he'd rather just be a dancer teaching to dance someone who has a modicum of aptitude for it. Again, it returns us to the age-old question of whether the motive for the show's existence is to entertain the public or teach them about good dancing. There are four judges of four different backgrounds who would probably split 75-25 on that score - ask them, and I suspect only Alesha Dixon who say it's about the entertainment factor, despite being the brave one who bemoaned the axing of the dance-off last year. The overmarking of wildcards like Russell Grant while genuine triers with movement potential like Robbie Savage and Alex Jones get underscored suggest they are trying to avoid the argument completely this time round.

Rory Bremner, who looked after a brilliant quickstep last week like the sort of slowburning contestant who could eventually go all the way, was removed by "the public" in favour of Dell'Olio at the weekend. Although the studio audience seem to be mainly made up of contestants' loved ones and people with connections generally to the BBC, and therefore little representation of "the public", there did seem to be something of a collective sharp intake when the result was announced.

Bremner was patently a better dancer than Dell'Olio; if "the public" believe Dell'Olio is also a better entertainer than him then he may as well give up everything he does right now. Dell'Olio, assuming she has spent enough time awake to give it serious thought, may assume she's currently fireproof. She isn't. But her partner might be.
Authored by Matthew Rudd
Email ThisBlogThis!Share to TwitterShare to FacebookShare to Pinterest
2 exclamations of response