Switched on the PC today and got one of those horror-inducing 'white-lettering-on-black-background' messages informing me that Windows wouldn't start properly.

It stated that this was possibly due to a hardware or software addition prior to me shutting the system down for the day. Ulp. Well, I only had an hour or so on the computer yesterday, during which time I received an auto-update from Windows, which I expressly installed as I do all the others, plus Firefox popped up an updated browser which I also accepted. That was it.

The message tells me I can try to 'start windows normally' or 'go to the last working configuration settings' (this is from memory, as obviously I'm sitting at a work PC now) but whichever one I pick takes me back to this stark white-on-black page telling me the system isn't working. I can go to Safe Mode but don't know what I need to do once there.

Norton protects me mercilessly from absolutely anything that tries to invade me, and the system has always been clean and never affected before. My previous one was prone to all sorts of spyware and other crap.

Please help ... I've got about three hours before I go home ...
Authored by Matthew Rudd
Email ThisBlogThis!Share to TwitterShare to FacebookShare to Pinterest
6 exclamations of response

"No, that was a reserve game, you can't have that!" 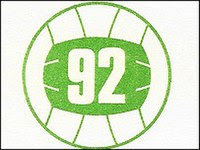 Everyone has their rules on ground ticks. Essentially, there are 92 clubs in the four English divisions and a ground tick is a cross-off from your list of visited grounds. This was easy 20 years ago before the construction of new stadia and the introduction of the non-league trapdoor system, and my compadres all now exercise their own rules and principles on what constitutes a ground tick:-

1 - A ground tick only applies if it is a competitive Hull City match you see there.
Well, I don't go along with this. This is an extremist's view of the ground tick theorem in that the match is only worthwhile and recordable as an official statistic if one of the teams on show was the one to which we happened to have professed our unconditional allegiance. In my case, I saw Stockport County home and away for three seasons in my role as a commentator, and some of the holes they were bound by dint of the fixture list to visit - Cheltenham, Swindon, Carlisle - are places I've never been to (nor, frankly, hope to) while watching the Tigers. But the game was competitive, if not as interesting, and so I proclaim that ground ticks apply irrespective of the sides on show. My mate Andy's only concession to non-Hull City ground tick claims is that they should be written down "in pencil".

2 - A ground tick is declared null and void if the team in question is relegated to the non-league pyramid.
Yep, I go along with this. The 92 Club is so-called for a reason, and so my visits to see competitive matches at York, Halifax and Mansfield, among others, are now no longer applicable. And, with the exception of Halifax, I hold no affection for these clubs anyway - especially York, whose fans were despicable in their mirth when Hull City almost folded a decade ago.

3 - An anulled ground tick is deemed worthy again if a relegated side returns to the top four divisions.
Yep, I go along with this too. It's complex stuff this, though. Look at Exeter City, for example - I've never been there at any stage of their revolving door existence, but friends of mine saw Hull City there when they were last in the 92. That's a ground tick. Using the parameters set out in 2) above, it ceased to be a ground tick the moment Exeter lost their status and slipped into the Conference. Visits to Exeter during their exile, irrespective of opposition or competition, do not count as a ground tick now they have returned to the 92, but visits during their previous stay in the top four divisions do. Clear as day, that.

4 - A ground tick is declared null and void if the club moves to a new stadium.
Awkward one this, which prompts much argument among the loony element of the ground tick splinter group. I went to Maine Road, former home of Manchester City, once. The game was competitive. That became, using my rules set out in 1), a bonafide ground tick. However, Manchester City have since shifted to the Eastlands site created by the Commonwealth Games overspend and I've not been there, well not until Boxing Day anyway. This is where the warring factions commence a separate argument on the merits of having a secondary 'club tick' section, whereby your record of visitation applies to the outfit involved rather than the venue. This now applies to Colchester United, who have (mercifully) moved to a new site this season, and in more bizarre circumstances, Rotherham United, whose incomprehensible stadium issues have forced them into Sheffield's athletics arena at the Don Valley. See also in the last 15 years Huddersfield, Stoke, Arsenal, Derby, Reading, Wigan, Leicester, Middlesbrough, Southampton, Coventry and our own Hull City, among numerous others. Another is Swansea, where I found beer-swilling colleagues having this very debate on Tuesday night, our first visit to their new Liberty Stadium, having previously seen the Tigers play at their heavily-muddied Vetch Field while being pelted with rocks by charming locals.

5 - People who have ground tick standards and rules should grow up and take their head from their own fundament.
Yep. Not arguing here.

Using my rules, I currently stand at 71, rising to 78 by the end of the season thanks to our elevation to the Premier League, allowing us to play clubs we haven't played competitively in generations.
Authored by Matthew Rudd
Email ThisBlogThis!Share to TwitterShare to FacebookShare to Pinterest
6 exclamations of response

It's been ages since I mentioned Coronation Street, my first television love. So, a few questions...

1 - Will anyone in the cab office ever finish that Rubik cube?

2 - Why wasn't Michael "Jerry" Starke told to go on a real diet to give his health kick just a mild shot of realism? If Renee Zellweger can be instructed to pile it on...

3 - Assuming Julia "Clare" Haworth has gone to have her baby, why is her absence not being questioned?

4 - The historic return of Jed Stone - is that it now?

5 - Good God, is that really Margi Clarke?
Authored by Matthew Rudd
Email ThisBlogThis!Share to TwitterShare to FacebookShare to Pinterest
3 exclamations of response 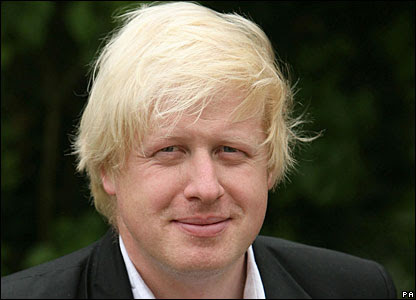 We should treasure Boris Johnson, we really should.

This isn't about politics, or perceptions of class; it's purely about personality. Boris, a chap who I always feel I can call by his first name, has become one of those larger-than-life pieces of human charisma who I find it almost impossible to criticise.

This week, his appearance on Who Do You Think You Are? was screened. It was touching, revealing and hysterical, all at once. From Boris arguing with an uppity Turkish historian about his great-grandfather's revolutionary conscience, through to his near-tears at hearing of the same man's public execution, and ultimately finding out he was descended, albeit via an illegitimacy or two, from George II, it was a fantastic and open hour of television.

It showcased what we've always interpreted about Boris; the man is as much a buffoon as he is an intellect. The buffoonishness is what we see as his public outer layer; it has made him a political star and is a favourite Tory to many who detest the Tories. But I've always felt that the buffoonishness is a natural screen which makes him relatable. Boris is aware that occasionally being slightly chumpish has helped him make his mark. He has been his own publicist, his own spin-doctor and his own analyst.

Today he was in Beijing, walking to the main stage at the closing ceremony to accept the Olympic flag from the Mayor of Beijing. Boris was smiling, offering enthusiastic thumbs-up to the crowd and the British team as he sauntered up the carpet. His jacket was unbuttoned, his tie was skewiff, his hair combed but still that slightly unkempt miscellany of blonde. Yet for all the mock furore the purists will claim at such slipshod attire, this is what Boris is. He kept putting his hands in his jacket pockets, then realising where he was and removing them again - possibly one of those auto-nervous actions like Prince Charles' habit of clutching his cuffs whenever caught in a sticky situation.

I loved the speech. He may have put out a few Cantonese noses by claiming ping pong was British but he's right - wiff waff was indeed invented on the dining tables of Britain, ask Stephen Fry. Boris used the word 'fantabulous' in his speech too. Can you imagine charmless dullards like Francis Maude or David Miliband doing that? He has said he is determined that the Olympics will not go beyond budget, and I believe him. I wouldn't believe any other politician, irrespective of party shade, other than him on an issue like that.

I'm not a Londoner so I don't know how he'll be on a daily basis for those he now represents. I did resent rags like the Guardian or the truly diabolical Express telling the whole country why Boris would be bad/good for London, as a sizeable number of people didn't, rightly, give a toss. I equally resent those politicians discussing the London election in other areas of the country and the general national exposure it got. But now he's in, he becomes the story in a way Ken Livingstone never would and the country may just benefit.

Boris isn't flawless, of course. He seems to notice bandwagons a little too easily and now he has real power, he should be more confident in his outward appearance. He also needed to be stronger at the Spectator - keeping Taki on forever was never wise, and although it was noble, he should have hauled Simon Heffer over the coals over that despicable anti-Liverpool editorial rather than taking the brunt of it himself, as editor, irrespective of his orders from Michael Howard. But at least he's real, even if he doesn't represent most people's reality. Not many of us are a New York born, Eton educated Tory socialite with royal ancestry, Turkish revolutionary blood, a degree in Greats, a successful magazine editorship and a history of being sacked for falsifying quotes and getting his own name wrong on television. But if we were, I suspect we'd quite like to have done it the way he has.

You don't have to vote Boris. But I think he's worth appreciating.
Authored by Matthew Rudd
Email ThisBlogThis!Share to TwitterShare to FacebookShare to Pinterest
2 exclamations of response