Just had a tiring but fantastic week covering the 102.4 Wish FM breakfast show in Wigan, and tonight will join the radio boys for our latest nerdish night out.

It should be a night-long farrago of alcoholic carnage, but given that at least seven of us have been on either nights or earlies all week, don't be surprised if Newcastle's street sweepers are clearing a glut of deeply sleeping jocks from their gutters.

And for the first time, we have Clive Warren out with us. Yay!
Authored by Matthew Rudd
Email ThisBlogThis!Share to TwitterShare to FacebookShare to Pinterest
2 exclamations of response

On a par with Le Bon at Live Aid 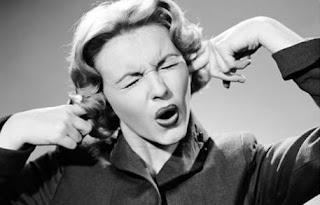 Can Cheryl Cole credibly continue as a judge on The X Factor now?

Well, she can and she will, of course. But she shouldn't be allowed to sit in judgement on the singing capabilities or otherwise of a bunch of fresh-faced wannabes after hitting that phenomenal bum note during Girls Aloud's performance of The Promise You Made at the Brits.
Authored by Matthew Rudd
Email ThisBlogThis!Share to TwitterShare to FacebookShare to Pinterest
1 exclamations of response

Hello, hello, turn your radio on 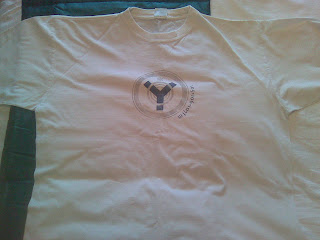 Have a look at this T shirt. It's the oldest in my drawer and I suspect the most robust and dedicated of radio anorak types would really like to own it. This is because it is for a radio station that only ever existed in somebody's mind and therefore only a handful were ever made.

I acquired it in the idiosyncratic surroundings of Harry Ramsden's Fish and Chip Shop in Guiseley, West Yorkshire. I know, the plot is thickening with the rapidity of Ramsden's own scintillating curry sauce. A T shirt, of a phantom radio station, handed to me at a chain chippy. Hold on, because there's more...

Performing on a makeshift stage at said branch of eatery was Berri. That is the same Berri whom you remember doing a sizzling dance version of Sunshine After The Rain.

Following her on to the stage were Menswear. That is the same drippy, posing Britpop outfit Menswear whom you remember - albeit dimly - having a hit with Daydreamer and one or two others.

It's about time I cut to the chase. When I was a hack in Huddersfield, I was still an amateur DJ on temporary and hospital stations, harbouring ambitions to make my hobby into my living. Knowing this, my boss at the press agency where I worked gave me a day off to attend the media launch of a proposed new radio station for the whole of Yorkshire, for which a licence had been advertised by the Radio Authority a year or so before. We had no professional interest in the press conference as Guiseley wasn't in our patch, so I went there purely to rubberneck. 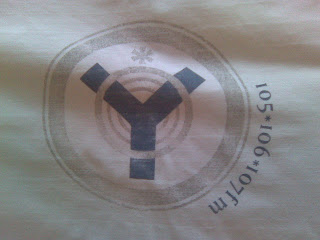 The station was called YFM - we have a lot of 'initials only' radio stations in this country - and would be positioned as a big-sounding hit music station with a mammoth breakfast show and a very driven focus on the whole of the county.

These words were spoken by one Richard Park. Alongside him was Richard Eyre. The bid was from the Capital Radio Group and these two influential figures had their names put on to the bid to add some extra gravitas, and so each travelled up to Guiseley for the launch at Ramsden's, a venue chosen presumably because it was their notion of an epitome of Yorkshire-ness.

So I toddled along with the media pack and took a seat among the hacks. The two suited dignitaries gave their speeches, and had brought with them Neil Fox, still very much the "Doctor" of his on-air persona whose audience across the commercial sector on the Pepsi Chart in the 1990s was colossal. Foxy himself said a few words, then introduced Berri who mimed her way effervescently through her signature hit. Coffee and fags later, a tape was played of a sample of their potential audio, complete with specially commissioned sweepers (if you think the T shirt is collectible, I know of ultra-nerdy radio people who would dunk their own mothers upside down in a commode full of David Mellor's germ-ridden urine to get their hands on this audio) plus truncated intros and links, all giving the feel of what their radio station would sound like if allocated the licence. Menswear then went on stage and mimed Daydreamer and a single which would be released a few weeks later, Being Brave. I recall thinking they each looked about 12.

I managed a polite word with Richard Park and gave him a demo. I am utterly horrified at this thought now, 13 years later, but in 1996 I had no real idea who he was nor what the business was about. I thought, with naivety and yet some logic which I'll defend to this day, that he was a programmer looking to launch a new station and therefore would be needing good local presenters to work on it. He took the cassette and put it in his suit pocket. I'd like to think it wasn't placed carefully in a Ramsden's pedal bin as soon as I was out of sight.

I didn't expect to hear from him, but I did follow up the conversation by sending another copy to the bloke who ran Capital Radio at the time. I got a polite reply and the inevitable rejection. By the end of the year, however, I was on Hallam FM in Sheffield and my career, were it worthy of such a description, has stuttered and coughed its way to where we sit right now.

The T shirt, bearing the logo of the station which they wanted to launch, still fits me and I still wear it with (arf) some frequency. The hacks at the press conference all got one as part of the media pack, which also included background info on the licence, the bid, the personalities involved and other guff.

The next day in the Yorkshire Evening Post there was a woefully posed picture of Berri, Foxy (with headphones on, even though he is quoted as saying that any photographer who asks a DJ to pose with his cans should be immediately replaced) and the lead singer of Menswear "eating" an enormous fried haddock with the Ramsden's logo behind them. The story had become the picture, really, and it only got a paragraph of copy. I can't remember it being in any other papers, regional or local, and for obvious reasons existing radio stations didn't touch it.

It was all immaterial in the end as the licence was awarded to the Faze FM group, who launched a Yorkshire brand of Kiss FM on Valentines Day 1997. This later transmogrified into Galaxy, the brand which continues to occupy the slot to this day.

I'll let you know if I ever elect to place the T shirt on eBay. Meanwhile, I would be willing to wager that neither Richard Park, Richard Eyre nor Neil Fox have ever been to a Harry Ramsden's since, be it for promotional reasons or just a large skate and chips with scraps and lashings of vinegar. I wouldn't be surprised, however, if the odd member of Menswear was now working in one.
Authored by Matthew Rudd
Email ThisBlogThis!Share to TwitterShare to FacebookShare to Pinterest
0 exclamations of response

In need of a good poking

Bright Ambassador is proud of me, doubtlessly writing another blog entry with Vindicated! in the title, and Clair keeps sending me celebratory fish and chips and clips of Classix Nouveaux.

Yes, I've succumbed to the pressure, the kind Lebanese kidnappers didn't get when clinging on to Jackie Mann, and joined Facebook.

I'm now a member of There's Only One Luke Beckett! thereon, so already my few days of serious networking have not been wasted. 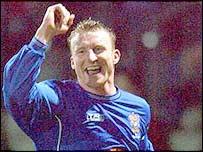 Twitter's still better though, so ner.
Authored by Matthew Rudd
Email ThisBlogThis!Share to TwitterShare to FacebookShare to Pinterest
3 exclamations of response 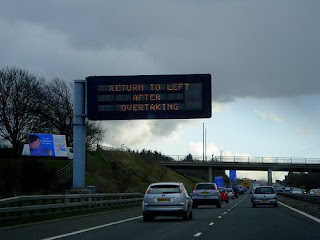 Clearly the Highways Agency need to justify the electricity used by those matrices above the motorway if the ones above the M62 I saw this afternoon are anything to go by. The policy seems to be "if there are no accidents and if the weather's fine, put any old crap up there".

Which is why the soundbite SEATBELTS SAVE LIVES was up on all the electro-signs as I drove home from Stockport.

Now, there's nothing wrong with the sentiment. Seatbelts save a damn sight more lives than speed cameras ever will. But, well, isn't a bit late to be reminding us to wear our belts? It was 25 years ago last month that the old CLUNK CLICK EVERY TRIP campaign introduced us to a new law. The time to be telling us that seatbelts save lives is when they are not compulsory, not when they are.

A whole generation of drivers have only ever known seat-belt wearing, such a long time ago was the introduction of the law. Even the Rantzen-assisted campaign to make rear seatbelts compulsory has been established long enough for every back seat passenger, irrespective of age, to reach automatically for the buckle as soon as they get comfy. Rarely, if I have a rear seat passenger, do I have to ask them to buckle up.

These matrices should be used, during a quiet afternoon's motoring, to tell people to stop doing dimwitted things while driving. I'd love to see a matrix dare to say STOP HOGGING THE MIDDLE LANE AT 45MPH YOU DINGBAT or BMW DRIVERS: TRY INDICATING AND USING YOUR MIRRORS OCCASIONALLY. Better still, how about LORRY DRIVERS WHO OVERTAKE AT ONE MILE AN HOUR FASTER THAN THE OTHER VEHICLE WHILE ON THE DUAL CARRIAGEWAY, THEREBY SLOWING DOWN EVERY FOLLOWING MOTORIST FOR FIVE SOLID MILES WILL BE GAROTTED BY A CLOTHES LINE but I suspect it won't ever happen. The matrices aren't big enough. And overtaking by lorries, much to my regret, is not illegal. Yet.
Authored by Matthew Rudd
Email ThisBlogThis!Share to TwitterShare to FacebookShare to Pinterest
3 exclamations of response