I don't want to go with Chelsy

Sad to see Prince Harry and his girlfriend Chelsy have split up. I'm sure that any official reasoning for their separation will mention that they just had contrasts in opinion and wanted to do different things, but ultimately I can't help but think the real reason they've split up is because the establishment simply won't accept the prospect of a future princess or duchess called Chelsy.

You watch - Harry's eventual bride will be called Anne or Mary, rather than Jade or Sandra.
Authored by Matthew Rudd
Email ThisBlogThis!Share to TwitterShare to FacebookShare to Pinterest
1 exclamations of response

"Hosing and scrubbing as best they can in skirts and suits..."

I've been doing the mid-morning shift on Pure FM this week. Here's today's show list, which I hope you'll agree is really rather good...

The news that Matt Stevens, the England rugby union player, has tested positive for a recreational drug re-ignites the debate, yet again, on the use of such substances by sporting people.

Stevens has a habit, judging by his rather confessional statement once news of his misdemeanour was made public, and is therefore in need of help as much as pity or retribution. He will, of course, get all three.

Statutorily, he will be barred from playing competitive sport for two years. This is fine if you hold a zero tolerance view on any drugs in sport. Contradictory opinions are prevalent when it comes to cocaine (Stevens' drug of choice) and similarly recreational substances. On the one hand, possession of them is illegal by law, but on the other their effect on sporting performance is non-existent. Therefore they have committed a lesser offence in sport but a greater offence in the legal system to which we all must adhere.

Had Stevens taken a performance-enhancing substance - anabolic steroids, for example - he would have been cast as a cheat, which in sporting circles is a bigger offence than being a mere fool. Yet this - possessing or using performance-enhancing substances - is not illegal in law. Does this mean one body is right and one wrong, or do their differing agendas make them both right?

None of this assists Stevens, who has been most penitent since the news broke, but must have known that with dope-testing so stringent in top-class sport, each line he sniffed (he has confirmed nothing about the actual drug. but it is known from other sources to be cocaine) could be the one that caught him out and ruined his reputation. The more liberal in sport would say that if it doesn't affect his performance then it should be not an offence, but part of the issue with grasping recreational users in sport is about saving them from themselves, and stopping those they influence from following a similar path. In that sense, having his collar felt by his superiors now could be the best thing to happen to Stevens.
Authored by Matthew Rudd
Email ThisBlogThis!Share to TwitterShare to FacebookShare to Pinterest
0 exclamations of response 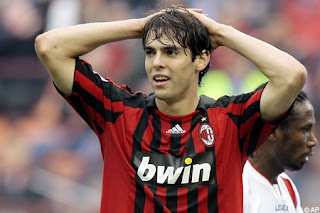 You try for Kaka, you end up with Craig Bellamy.

(F-C and other non-footballists: That's like trying for Bruce Forsyth but making do with Doc Cox).
Authored by Matthew Rudd
Email ThisBlogThis!Share to TwitterShare to FacebookShare to Pinterest
3 exclamations of response

Back in the days when this blog was barely on solids, I enjoyed putting together this list of questions I'm always asked during an average DJ set at the club in Stockport.

Now you can add a new question. I may never be asked it again, so it probably doesn't belong on the 'regulars' list, but I had little notion of why it was asked and how I should reply.

A female, aged about 23, walked up to me and, with a straight face and a broad Stopfordian accent, enquired of me:

"Excuse me. Are you Polish?"

I'd like to think it was because I was demonstrating a high quality work ethic as I took CDs out of the players and replaced them with new ones, while occasionally pressing the smoke machine button and swigging from a Guinness glass. If not, then I'm buggered as to why she believed me to be from Poland.

My reply was, I'm sure you'll agree, warm and witty and wise, given that it was an unexpected question and I was obliged to come up with a polite and insightful answer.

*No I am not from Poland but I am extremely proficient at putting tiles on bathroom walls.
Authored by Matthew Rudd
Email ThisBlogThis!Share to TwitterShare to FacebookShare to Pinterest
2 exclamations of response