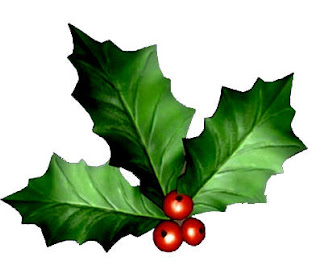 Typing this with a) a rather hefty migraine, and b) a three-hour radio programme to present (combining the two is a laugh a minute, I tell you) so I'll keep it brief.

To everyone who reads this blog, signs it, recommends it, scorns it, links to it or just happens to have an awareness of its existence, thank you for making me feel the whole thing is worthwhile and a very merry Christmas to you all. I don't know why you keep coming back, but you do and it makes my heart all aglow. Really it does. I'm like a kid on Ready Brek.

I'll be back, maybe before New Year, but maybe not until New Year too. I haven't decided. Cliffhanging stuff, I'm sure you'll agree...

All the best.
Authored by Matthew Rudd
Email ThisBlogThis!Share to TwitterShare to FacebookShare to Pinterest
4 exclamations of response

You're right, you boneidle tabloid sub-editing tosspot, it really is snow joke

I have despised snow all my life. Cold, useless, dangerous, disruptive, overrated and only newsworthy when it affects the south of England.

It has the capacity to cock up your whole weekend and give you a first migraine in six months.

On Saturday, the gritters had been out, and good on them. I set off for Stockport at 9.30am to pick up two friends and then head down the M6 for the football. We were away to Arsenal but the unwatched television station with Premier League rights had elected to make the game their 5.30pm kick off.

(This, by the way, meant that Hull City supporters couldn't travel there and back by train on the same day, as the last one from King's Cross was before 8pm. So more people were forced on to the roads).

I picked the boys up at 11.30pm and on our merry way went we. We managed the M6 with only a mild delay near Walsall and hit the M1 in good cheer. Then, at junction 12, we hit gridlock as the matrices, with accuracy rarely seen, informed us that the motorway was closed. The radio said there had been an accident. Naturally no source chose to hazard a guess as to how long the carriageway would be shut.

So we were forced on to an A-road and trundled with a tortoise's sense of velocity through Woburn and other minute places. We still had three hours to kick off and knew, from one of my passengers and his telephone call home to an atlas-wielding wife, that we'd get to Dunstable, rejoin at junction 9, and then be able to continue towards our ultimate destination of Cockfosters.

We heard the game kick off on the radio and we were still not quite in Dunstable. We had numerous conversations about sacking the trip, turning round and finding a pub that was showing the game. But stubbornly we decided to make our visit a token one and stayed in the queue. Football fans will understand this.

We finally rejoined the M1 and went like billyo to the M25 and then Cockfosters. The only mild piece of fortune was the small saving we made on a return ticket to Arsenal tube as a family were departing the train as we were alighting, and gave us their day passes. Goodwill to all men, especially three slightly flustered northern men who'd been cooped up in a Mondeo and were ultimately going to manage 45 minutes of football.

Off at Arsenal 20 minutes later, running round the Emirates to the away end and into the throng of people getting interval refreshment. We also deciphered, depressingly, that we'd conceded a late goal during our tube journey.

Sat down. Watched us gain a penalty, miss it, concede two more goals and then dash like insanity back to the tube. Cockfosters by 8.15pm, whereupon I got changed in the boot of the car into my nightclub gear, along with a quick spray and gel application. Smooth.

No traffic problems upon return, and I was onstage in Stockport by 10.45pm.

So there we go. Ten and a half hours at the wheel of my car for 45 minutes of football and a 3-0 defeat.

The next day, I did my show at Pure as ever and set off for home at 1pm. It's a 115 mile journey and with a clear enough highway I can stumble through my back door at about 2.40pm.

I arrived home at 6pm.

The snow and slush had affected the M62 quite badly to the point where cars didn't move for so long that people set up picnics on the hard shoulder, released their dogs from the boot for some exercise and, in my case, reclined my seat and had a kip. A rare occasion where sleeping in the fast lane is a good thing.

The matrices were back to being useless and anger-inducing. "SNOW - SLOW DOWN" said one. We were stationary. In snow. And going nowhere.

The traffic reports on the radio were equally beyond meaning. There aren't any on local radio at weekends because the output is mainly pre-recorded or networked. On BBC 5 Live, a station I hold dear, they had football commentary that was uninterruptable and so we had to wait until Newcastle v Middlesbrough in the Championship was over. But, of course, everyone was wetting their knickers over Eurostar so the roads elsewhere got next to no mention. We got "the M62 has severe delays between junctions 18 and 22 eastbound". That was it. Sherlock, your capacity for shit has excelled itself. No information on what was causing the accident, how long it would be before it cleared, etc. There were desperate people in these cars and no sod wanted to help.

On Monday morning I woke up with a migraine. It's the first I've had since I was battered into submission by one during my summer holidays in France.

So, I don't like snow.
Authored by Matthew Rudd
Email ThisBlogThis!Share to TwitterShare to FacebookShare to Pinterest
0 exclamations of response