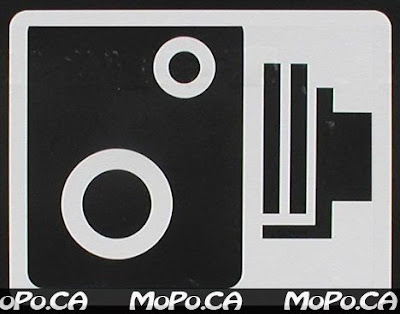 There was a chap from Grimsby on the local news yesterday who has been fined a substantial amount of money for the offence of obstructing the police in the execution of their duty.

This chap from Grimsby is 64. His act of obstruction was, upon passing legally through a hidden mobile speed camera, to warn other motorists of its presence by dint of flashing his headlights. The police arrested him and, unbelievably, the CPS chose to prosecute and, somehow, earned a conviction. Not to mention a whopping £425 of his money.

Correct me if I'm wrong, but surely obstructing the police should only apply once a crime has been committed and they are in the course of investigation? Until that speed camera gets its greedy snapshot, no crime has been committed. This Lincolnshire chap was, as far as I could see, preventing crime itself rather than merely preventing its resolution. So the cops, and the legal system, have effectively convicted someone of stopping offences from being committed.

Proof, if ever we needed it, that speed cameras - well, this one, anyway; and there'll be hundreds more like it - are there for the public's cash, not the public's safety. This is daylight robbery, and when the police want help with a real crime from this chap they may just find he is not prepared to give it.
Authored by Matthew Rudd
Email ThisBlogThis!Share to TwitterShare to FacebookShare to Pinterest
3 exclamations of response