I remember Rod Stewart being introduced onstage to perform at the BRIT Awards one year and, as he got into the first chorus of Downtown Train, his new single at the time, my father said: "He's never made a bad record, this bloke."

I think almost everybody would disagree with that certainly now, and also back then, in 1990. Though at the time, he wasn't too far wrong.

I didn't like a lot of the overproduced 1980s stuff - which is odd for me to say, I know - but it's grown on me since I started doing the Q show. (Except for Young Turks. I really, really hate that song). On reflection, it was his image then that perhaps put me off a bit. His hair was ultimate peroxide and the clothes were tight and garish and clingy and leathery and, well, you didn't see his generation of 1970s survivors dressed like that as they pushed 40. Mind you, I suppose David Bowie, Elton John, Billy Joel and even Bryan Ferry weren't going for the out and out sex-starved audience, even in their younger and more virile days. Rod was a musician on the pull. The rest got their end away as a side issue.

What I've always liked about Rod Stewart is that he's never tried to be something he isn't. Beyond making music, all he's ever been interested in is women, football and ale. Fair enough. He's lived quite the life and it's a tribute to his success - and perhaps a touch of thriftiness - that he maintains this lavish lifestyle despite diminishing record sales and an impossibly complicated love life that has produced any number of kids from varying women, with another due before long.

Some of the earlier solo recordings are still just mint. Maggie May is obvious, but I think Reason To Believe, the song it originally usurped as an A-side, is a belter. Mandolin Wind is fab. I love the simple sentiments of I Don't Want To Talk About It and the shuffle-in-seat, mildly discomforting candour of I Was Only Joking. And Hot Legs has a chorus and a sexuality that many pop songwriters of today would kill to be able to convey.

I must confess though that I know very little about the Faces. The singles are familiar, especially Stay With Me (the line "I know your name is Rita 'cause your perfume's smelling sweeter" is one of the most desperate rhymes in rock) but as far as I can tell, their existence had just begun to depend on Rod a little too much as their profile started to grow, and his concurrent solo career became his priority. Mick Hucknall might have had Ron Wood's approval for the recent tour, but I can't see it myself.

Do you remember his version of Ruby Tuesday? He ruined it for me with the way he delivered the first line; going upwards with the crucial "from" instead of down low, low, very bloody low, in the way Mick Jagger did. Couldn't listen to it after that.

Rod released a single called I Can't Deny It about ten years ago, allegedly the big comeback song. It was okay but you knew straightaway it was a Gregg Alexander composition, with that sort of semi-relentless piano over four bars that had made up almost all of Ronan Keating's banal first solo album. Given that Rod wrote so many of those timeless songs of the 1970s, it surprises me how little he has chosen to write material in his later career. Then came all that guff associated with the Great American Songbook, which I've capitalised even though I'm not sure I should. And the recent covers albums were pretty much unlistenable.

Still, end on a positive because I reckon he's worth it. Everyone must have a favourite Rod moment. Here's mine... 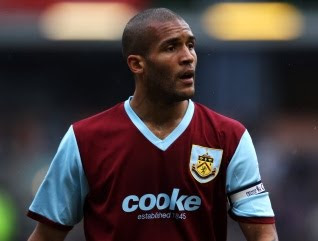 Clarke Carlisle is on Question Time tonight - indeed, it's probably being filmed as I type this. Footballers aren't exactly known for being clever or even aware of life around them, but Carlisle has always been a cut above on that score.

He's an imposing defender who I first saw playing for Blackpool ten years or so ago. He's now at Burnley, via three or four other clubs and a short spell out to deal with alcoholism, and is known even within the game as someone who is well read, well spoken and well informed, not to mention well mannered. He has become a pundit on the game who is entirely devoid of cliché and even appeared recently on Countdown, winning three episodes. One assumes that his next appearance will be in Dictionary Corner, complete with daytime-friendly anecdotes about linament, scrotums and the physio's hat.

Anyway, I know Twitter will be big on Question Time tonight, as it always is. I can't wait, for one, what the great Louis Barfe makes of tonight's ballkicking panellist, as Question Time brings the best out of the Lowestoft sage week on week.

For the non-footballists who make the regular wild assumption about the protagonists of the beautiful game, I expect you to be pleasantly surprised by Carlisle. And even if you're not, it is still quite a moment for a profession roundly criticised and scorned by those who take no active interest in it.
Authored by Matthew Rudd
Email ThisBlogThis!Share to TwitterShare to FacebookShare to Pinterest
0 exclamations of response

I bought a iMac recently and I love it.

Interestingly though, the batteries that came with the portable mouse have already started to die and I keep getting warnings on my screen telling me to change or recharge them as soon as possible. Diligently, I took the pair of wasting AAs out of the mouse and located two fresh ones from the drawer.

I took two more out. And they didn't work either. I tried further combinations of the ten or so AA batteries in my drawer, all of which I knew to be at full pelt, and the mouse wouldn't have them. So I put the original batteries back in and they worked, albeit the warnings about their diminishing power returned.

A quick scan at some Apple forums suggest that this is not uncommon.

So, does this mean that the mouse for Apple has been designed only to use not just a specific size of battery, but a specific brand too? That sounds like a tie-in, and not a great one if, as these seem to be, the brand happens to be one that you don't recognise from the battery displays you see behind every shop counter and beside every supermarket conveyor belt.

These work, and are in the mouse at the moment:- 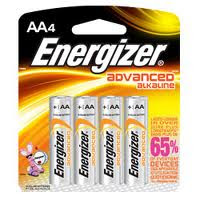 These, despite being very similar (and far more familiar, to me at least), do not:- 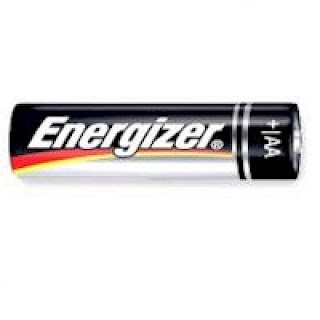 The difference is in the word 'advanced'. And another brand of AAs called ActivEnergy don't work either. The forums claim even good old Duracells fail to work too.

I just thought battery size was all you needed to get right. I'm clearly wrong.

Anyway, a mate suggested I buy these for future use, and I have duly ordered some. They'll at least work in the various remote controls about the house if they're not good enough for an iMac mouse.
Authored by Matthew Rudd
Email ThisBlogThis!Share to TwitterShare to FacebookShare to Pinterest
4 exclamations of response