They got me coming up with answers, all of which I deny 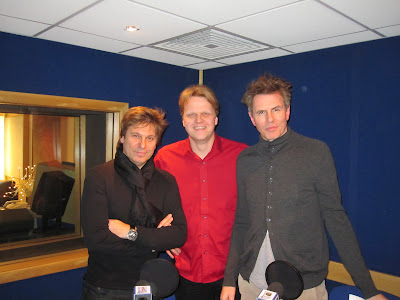 The call came 24 hours before - do you fancy interviewing one half of Duran Duran for Q Radio?

Tough one. I had planned to clean out the kennel while the dogs were at the groomers. But after a spot of reflection I concluded that they could be grubby for one more day. Roger Taylor and John Taylor couldn't wait an extra day for a wretch like me.

So I hotfooted it down to London and got almost an hour with them, chatting about the present and past. The new album is ace. They seem to be pleased with it too. John even took a photo of Roger and I gassing away and tweeted it. 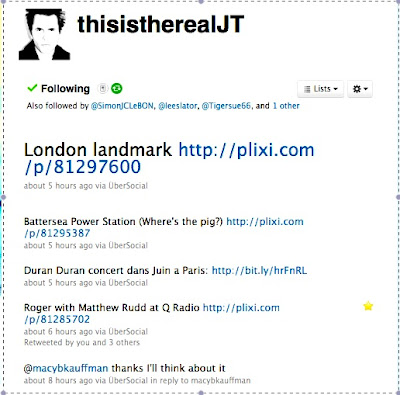 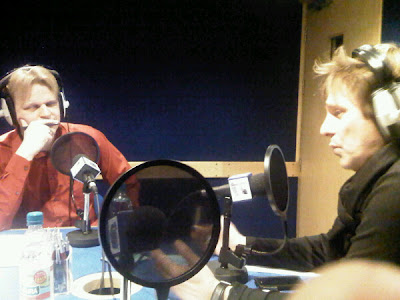 Don't know when the final recording, which will be interspersed with music of their choice (mainly 70s punk, disco and arty fare), is due to be on air. Once I've done the edit and boxed it off, I'll let you know. 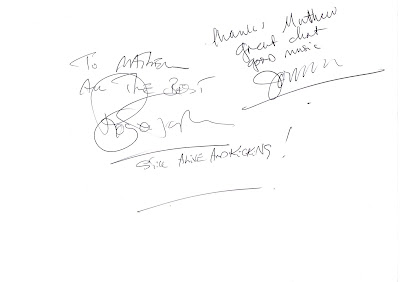 There's nothing to fax

Still kidding myself three times a week at the gym, and now I'm concentrating on the weights rather than cardio-vascular nonsense. Ultimately, whether it's a cross-trainer (horrid), a treadmill (bearable), a stepper (yeah, as if) or a bike (lots more effort for fewer perished calories), it's still tedious.

So now it's 72 on the chest-presser, 72 on the chest-expander and 144 lifts - 72 per arm - of the 8kg dumbbell. That seems to be doing the trick. I'm making up the cardio-vascular stuff by putting the Bassets through a mile and a half of walking every weekday.

The tellies are on in the gym, but they're just three separate tellies bolted to the walls, as opposed to within the treadmills or bikes, so you can't plug earphones and watch something alone. Essentially, whatever someone else has on in the gym when you arrive is what stays on, a tad like whoever has put their 50p down first on the side of the pool table. All three tellies must play the same thing otherwise it's a melange of unattractive noises all at once, and the remote control that works for all three has gone missing.

This means, especially as I go in the daytime and there is always Viva or 4Music on, I always seem to get that awful, awful QuickQuid advert. I can't bring myself to watch it - I press down into my ears when the woman thereon, after totting up her monthly outgoings, does that dreadful turn into the camera, a more condescending and insincere performance there has never been. I expect the actress in question is deeply embarrassed, but, judging by the number of times it's on every day, extremely well recompensed.

That's the worst of those ads, though obviously that's like choosing the most evil mass murderer. They don't appear to be on during peak-time commercial breaks though. Daytime is obviously the cheap option. Perhaps all the commercial channels are charging 4,871% APR on ads after 7pm and these firms think it's a bit harsh.

Still 15 stone, by the way. But trim and lithe for it, natch.
Authored by Matthew Rudd
Email ThisBlogThis!Share to TwitterShare to FacebookShare to Pinterest
3 exclamations of response