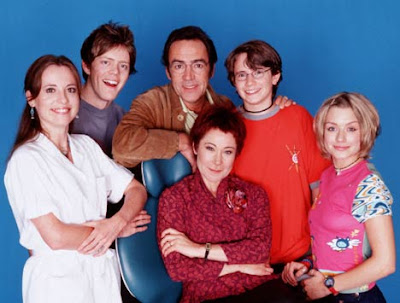 I've never met anybody who likes My Family, but the show has been absolutely massive for the BBC. It's one of those programmes lapped up by the silent majority, the people who don't go on forums, write blogs, use social networking facilities or read the TV criticisms in newspapers.

I reckon I've seen about six episodes in total, and all back in its earliest days when Daniela Denby-Ashe was learning how to deliver punchlines after a few years as an archetypally morose teenager - and a religious nut to boot - on EastEnders.

My only reliable memory is of how good the then unknown Kris Marshall was. Maybe he was the best thing in it, despite the obvious pedigree of the duo that play the parents. Robert Lindsay is one of our outstanding actors, of course, but in interviews I've always thought him somewhat humourless, and maybe this feeling carries over into his sitcom work. I certainly remember people starting to go off My Family when Marshall, a natural comic actor who played the eldest child and a giggling, spaced out hoon with ludicrous ambitions, quit.

I haven't seen it for years so I can't comment on whether today's news of its demise is a good thing. The comments I read do, of course, welcome its exit. But then again the "gentle" sitcom depicting ordinary life has always been undervalued by the sector of audience that wants to be challenged by television all the time, and people from that sector tend to dominate the opinion-forming in this country. If they didn't, then Ever Decreasing Circles would be up there with Porridge and Only Fools And Horses as one of the best British sitcoms ever. And, to my huge regret, it isn't.

The actors all in My Family will get work and the audience will get a new sitcom of pre-watershed ubiquity. The sneerers who cheer today's decision will undoubtedly get another show to target for its safety and unchallenging nature for their Friday evenings when, in truth, they should be out on the town or at the very least watching something else that does suit them. The simplest way to air your disappointment or disapproval in a programme is not to watch it in the first place, rather than watch it and then whine about it. You're still contributing to the viewing figures that way, and prolonging its life!
Authored by Matthew Rudd
Email ThisBlogThis!Share to TwitterShare to FacebookShare to Pinterest
6 exclamations of response 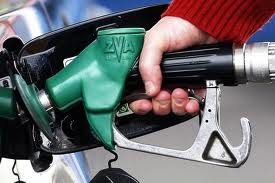 I enjoy what I do for a living, but it isn't the greatest payer. I get by. The one single thing that might force me to stop doing the work I do is the ongoing rising price of fuel, and so I'm grateful, without jumping through hoops, for the reduction in duty today.

Away from the politics of it all, I'd love to know why fuel at some garages is cheaper than others. It is all way too expensive, irrespective of which outlet you choose, but a Sainsbury's or an Asda round my way can cost up to 7p less per litre than a high street BP garage. I used to use BP all the time; it was the cheaper high street option (far more so than Shell) and the Nectar points came in handy.

Now BP costs far more than Shell, both of whom are, as far as my limited knowledge can decipher, enormous oil companies that are well reimbursed for the work they do from all consumers, not just those who take petrol from their pumps. How come supermarkets can afford to flog it for less? Do they not use the same companies to get their fuel? I know Sainsbury's make a few quid each year, but they can't possibly garner as much revenue and profit as BP.

The BP garage at Birch, especially, bears no resemblance to its alleged partners on the high street. There can be an extra 10p hiked on to the fuel per litre just because they know that some motorists have absolutely no choice but to fuel up there. Given that BP is the most expensive of the lot, there is a disparity of pushing 20p per litre between the dearest motorway service station garage and the cheapest supermarket garage. It's crazy. I'm all for the idea of making money, but this feels like tremendous exploitation.

I now fill my car up at a supermarket in Hull as the weekend approaches and then manage to get through the whole weekend - just - via this very full tank. You should watch Top Gear episodes from little more than four years ago - you can see James May standing at a pump and filling a car at 99.9p a litre. They said there would be an outcry and a taxpayers' revolt when it got past a quid a litre - right now I'd be on my knees blessing all known mystical figures if we could get it back to that.
Authored by Matthew Rudd
Email ThisBlogThis!Share to TwitterShare to FacebookShare to Pinterest
5 exclamations of response

She just walked right in

Sad to read of Loleatta Holloway's death today. An extraordinary voice but, beyond the hi-NRG and disco devotees who lapped up everything she did, not as commercially successful as she should have been.

Of course, here in the UK, her voice is most familiar on Ride On Time, the Black Box single that sold more copies than any other record in 1989. It's extraordinary to think that the band, an Italian dance outfit who were chancing their arm, believed they could get away with not only not crediting Holloway on the record, but also actively passing off her vocals as those of someone else.

The story is well-thumbed. They took isolated lines from Holloway's underground disco hit Love Sensation, manacled them into their frantically catchy piano-led house rhythm and then, when the tune caught on and they needed to promote it on telly, roped in Katrin Quinol to learn the lines and mime at the front.

Quinol, a French model, did not know a word of English. This was quickly established by those that knew her and so any effort to suggest that the vocals were a re-record by a Holloway soundalike soon fell flat. Holloway never got the credit - of both kinds - that she merited, and eventually had to go to court, along with the song's writer Dan Hartman, to get her rightful share of the substantial royalties.

Perhaps less well remembered is the song's second appearance on a "modern" record for that period. Donnie Wahlberg, of New Kids On The Block, had a teenage brother called Mark - yes, him - who ditched a childhood of crime by launching a career as a shirtless, Calvin Klein underpants-exposing rapper called Marky Mark, who with his backing troupe called the Funky Bunch - loads of imagination went into both of those names - released a song called Good Vibrations. This title was nothing to do with the Beach Boys and everything to do with Holloway, using the chorus from Love Sensation and learning from (or capitalising on) Black Box's greed by giving her equal crediting AND inviting her to do the full publicity run onstage with them, including appearing in the video. Which she did.

If ever there was a case of someone hanging on to a famous sibling's coat tails, it was this. The record was terrible but with Donnie producing and promoting it, the younger Wahlberg had a number one hit in his homeland. Mercifully, the NKOTB followers in the UK only had a passing interest and took it to a comparatively meagre number 14. Wahlberg minor spent his short period in the pop limelight seducing as many sixth formers as he could while using expressions like "on your turkey" in interviews. No, me neither. He is now, of course, one of Hollywood's most respected actors and has - I expect - done far better in the long term than his brother, who was a proper pop superstar for a good couple of years.

Holloway appeared on loads of dance records in the 1990s after her exposure via Ride On Time. Within the music industry her voice was legendary, yet to mainstream audiences she had never really caught on. It's a pity her solo career didn't match those of her contemporaries in that late 70s hi-NRG boom, such as Chaka Khan or even Jocelyn Brown, as she was a better singer than both.
Authored by Matthew Rudd
Email ThisBlogThis!Share to TwitterShare to FacebookShare to Pinterest
2 exclamations of response