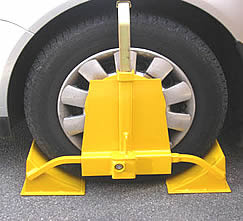 Fortunately, we're not giving up. The manager of the bar knew the clampette personally and as a consequence we know her name. Through her we'll find her boss. And we'll get my money back.
Authored by Matthew Rudd
Email ThisBlogThis!Share to TwitterShare to FacebookShare to Pinterest
0 exclamations of response 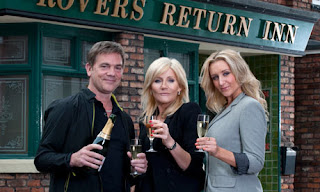 1: I absolutely love Michelle Collins, but, God, the accent is awful, isn't it?

2: When Becky leaves the programme soon, there will be one mighty great hole in it.

3: Have they brought Dennis Tanner back for any reason at all?

4: Perhaps we're now just supposed to assume that John Stape is on the run until further notice. Given that he has no money, passport or medication, and is likely to have suffered injuries after that fall, that's taking things to extremes.

5: The character's pomposity and nosiness is beautifully constructed and acted, but in the real world someone would have put Norris in hospital by now.

6: I know that strong women are a tradition of the programme, but why isn't Anna Windass missing - or, indeed, mentioning - her husband even occasionally?

7: Tommy Duckworth doesn't seem like a heartless get, so why isn't he getting emotional about living on the very street where his mum was run over?

8: Eileen's acidity on women in the factory isn't the same as that she had on men in the cab office, and she should be relocated back to her old job.

9: Is Jim McDonald going to go on trial or is his peccadillo being quietly forgotten now?

10: Xin over Tina? Heh, yeah okay, if you like.
Authored by Matthew Rudd
Email ThisBlogThis!Share to TwitterShare to FacebookShare to Pinterest
1 exclamations of response