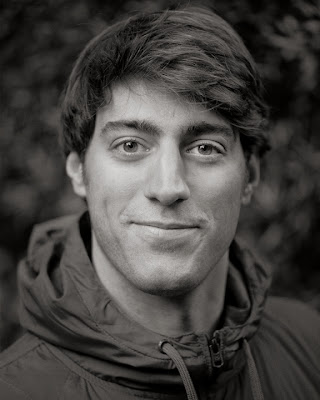 Just a short one today, but I'm thrilled to bits that my old chum OJ Borg has got himself a week on BBC Radio 2, covering for Janice Long.

And although it's telly that's given him his national profile, he's a proper radio man, which does the network rare credit in giving him the work. I know him because he used to be on the travel news rota that kept listeners updated on the breakfast show I hosted from 2002 to 2005. From there he had his own shows on the same radio station, then got breakfast on the Revolution in Oldham. His career was, from thereonin, only going up, up, up. He had the gall - and the confidence - to do a visual showreel while on his breakfast show and VH-1 gave him a gig on the spot.

He's a top bloke and one of my favourite people in the industry. I genuinely take this as one of the best bits of radio industry news I've ever heard.
Authored by Matthew Rudd
Email ThisBlogThis!Share to TwitterShare to FacebookShare to Pinterest
3 exclamations of response

Stand by your man

Don't like that Feminax advert at all. Hate it, actually. And yes, I know I'm hardly target audience for the products but ads are ads, and they appear during any kind of television programme.

What happens in it, if you haven't seen it, is that a butch male voiceover claims that as well as physical pain, there is emotional pain caused by women, and to prove it a desperate man at the end of his tether with his dreadful partner is seen pressing an ejector button on the settee and the woman is flung out of the window to her obvious violent death.

It's also not quite true. It's in fact the opposite - the voiceover is a sarcastic woman and it's the man who is the pain, and he is the one ejected out of the window to an obvious violent death.

Suddenly, it seems to be not horrible. It seems to be funny, fair game, acceptable. Let's all show a man being patronised and then killed. Oh, there goes the final rib.

In this world where two sports presenters can have their careers instantly curtailed (understandably) by making a few witless off-air comments about a woman while a bunch of misandric loonies can appear on telly every lunchtime and bang on about how useless men are at everything, this ad is perfectly fine.

It isn't. And it makes my blood boil.
Authored by Matthew Rudd
Email ThisBlogThis!Share to TwitterShare to FacebookShare to Pinterest
2 exclamations of response

"Is he still alive?" 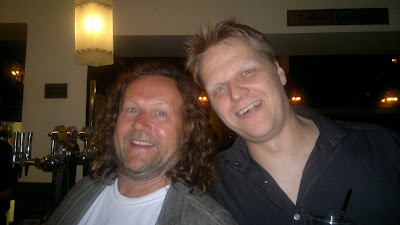 Alex and I, in a bar called The Chough as we and others embarked on the latest Nerd Night. On this occasion we were in Salisbury, a city I have never visited before but immediately liked.

(Please note: it takes a while to get to the actual night out. I need first to rant about parking in a very dull and pompous manner).

I arrived on Friday afternoon after a four hour drive, and was beyond all definition of knackered. I had been double shifting on the radio all week - breakfast in Warrington, drivetime in Blackburn - and had been sleeping on Simon Green's floor. By the time the Friday came I was like a newly dug up Pharoah and, after completing the last breakfast show (I wasn't doing Friday drivetime), I set off for Wiltshire.

The last leg of the journey, when I exited the M5 at Cirencester, was one of the most picturesque hours of driving I'd done. Small town afthttp://www.blogger.com/img/blank.gifer small town - how beautiful is Marlborough, for example? - until I drove into Salisbury and the satnav took me to the hotel. Except, as I already knew, the hotel was actually a pub with rooms to let, as uncovered by Louis on the interweb, and therefore parking was at a premium.

By that, I mean there wasn't any. Hotels always have car parks, and many pubs do, even those in city centres. This one didn't.

I trundled the car round the corner to the market square and parked for an hour for £2.70. Ah yes, the south of England's quaint habit of making parking charges a) expensive and b) of a sum that you are unlikely to have in the correct money, meaning you overpay into a machine that - naturally! - isn't sophisticated enough to give change and therefore you are ripped off twice at the same time. Only then did I notice (under an overhanging tree) that there was a sign advising people that cars were disallowed from parking overnight in the market square on a Friday because there was, er, a market the next morning. All cars had to be shifted by midnight or a big truck would do the shifting for you. So my hopes of a couple of hours kip prior to hitting the ale with the others had now gone, as I had to go out and shift the car again.

Already a bit peeved, I dragged my stuff to the hotel and checked in. As it was essentially a pub with rooms above, all within an old building, it was one of those scenarios where you have to traverse through narrow corridors and up and down loads of random staircases, carefully following the signs to your room. The staircases would only have a maximum of five steps on them, making them feel almost wholly pointless. You feel like you're exploring the catacombs in the Atari Adventure game. As I carried two bags and a hanger with clean shirt and slacks on through these narrow vomitories, I half expected Yorkle the yellow dragon to attack me round the corner, only to run away because my room key was gold in colour.

Anyway, I got to the room and it was delightful. Bed was big and comfy, everything seemed to work. However, in the bathroom - which was clean and big - the lavatory was, for some reason, slightly raised off the floor on a slab, only by an inch or so. This nevertheless was a high enough pedestal for me to not notice and therefore trip up and hurt my toe on my way to the wash basin at the other side. I limped for the next two hours.

I went back to shift my car after the hour was up, with advice from the receptionist to use the city's central car park which didn't charge from 6pm to 8am and was available all that night. This I did but, having fed all my change into the previous machine, I was forced into trusting the automated SMS payment service advertised with just a touch too much enthusiasm on the meters. I had an hour left to pay for that evening, and wanted to pay through to 9am the next morning. Two hours in total. This I managed to do, judging by the computerised voicemail I received after giving my debit card details.

Alex was less lucky. He arrived after 6pm and therefore, ridiculously, the whole SMS system had shut down. He couldn't pay for an hour's parking the next morning and so had no choice but to make sure, after a long night on the booze, that he was up, breakfasted, checked out of the hotel and back with his car before 8am the next morning. Crazy. What irritated me further was that even though parking became free after 6pm, I still got a text message at 7pm telling me my car had "run out". Which it hadn't, but it didn't half annoy me. I spent the rest of the evening worried that I'd be clamped again when I got back to the car in the morning.

Right, to the festivities. The last one was in Manchester in May, but I didn't blog about it as I was so completely drunk I couldn't remember a thing about the actual night, and had to be reminded by folk later on. This time, with a big journey the next day to make - I had to be back on Warrington's radio station by 2pm - I was able to pace myself and be responsible. I also knew that while I'd earned a few beers, if I went too quickly I'd be fast asleep in my pizza by 9.30.

I hopped down to the hotel bar, via the catacombs and with one big toe throbbing, to find the iconic Martin Kelner waiting for us. Being a genuinely top radio personality, Martin has quite the schedule and therefore isn't able to join us every time, but there he was, with a bottle of Magners, reading the Wetherspoons News. There appeared to be a dearth of information for his appearance on Fighting Talk the next morning, but nonetheless he was amused that the Wetherspoons News not only existed, it had a letters page. And not only did it have a letters page, but somebody had written an actual letter. To the letters page. Of the Wetherspoons News.

One by one the remainder of our clutch arrived and upon Alex's entrance, Martin promptly greeted him with the words: "You are a cult." These two go back many years and have hundreds of anecdotes in their respective lockers, and the rest of us essentially were happy to just sit back and laugh. Often this was when one of them mentioned an old colleague or manager from bygone days and the other had to check whether said person was "still alive".

To the restaurant, a branch of Strada, where pizza and Peroni was taken. Onwards we then went to a pub called The Chough (pronounced Chow, but the three Yorkshiremen present immediately assumed it was the Chuff) where the two main men swapped tales about being on-air announcers ("you've never seen a proper BBC announcer before have you? Please welcome, Alec Lister!") and expressed their dislike for the Archers due to the sound effects issue. They're always way too loud ("would you like a drink? FFFFSSSSSSSSSSSSSSSHHHHHHHHHHHHHHHHHHH!") and when someone opens a door, they never seem to close it behind them. Alex, meanwhile, regaled us with his tale of being the last ever person to interview Carry On star Peter Butterworth which, frankly, puts Peebles and Lennon straight into a cocked hat.

A high quality evening, as always, and thanks to Roger, Matt and David, our local guides who tirelessly drive to whichever place we choose for Nerd Night each quarter and who finally had the opportunity to sack the travelling and show us round their fine city. I was on the road by 8am and back in the north west for half 11, enjoying Martin Kelner calling Paolo Di Canio a "champagne fascist" on Fighting Talk while also regaling us with tales of when The Hitman And Her came to Preston.

By the way, for both journeys, I used the M6 Toll. I'd never used it before. Isn't it just so empty? Even for a Friday afternoon. This doesn't explain, however, why the one service station (I know, I'm sorry, but I needed a wee) on the motorway was jammed solid with cars and people. Also, when you pay by debit or credit card, they don't ask for your PIN. They just acknowledge the card, spit it back at you while simultaneously opening the barrier, and essentially tell you to bugger off.

Anyway, all done with now. London in November next.
Authored by Matthew Rudd
Email ThisBlogThis!Share to TwitterShare to FacebookShare to Pinterest
2 exclamations of response