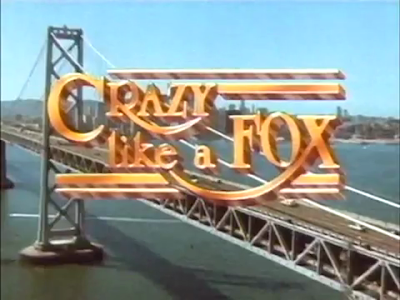 My pal Alex has done overnight radio for 20 years now. He knows the small hours better than anyone. My own handful of years on the nightshift (1997-2001; 2006-2008) give me some idea of how they hang too. But in the confines of a radio studio, with natural lighting effects in the ceiling and loud music playing, only the clock and the tiredness give away the daypart.

If it isn't for work, then there aren't many other reasons to stay up all night. I would expect that there are people experienced in this world who can count on one hand the number of times they've actually seen through a whole night awake. Sometimes emergencies occur, of course, but they aren't attached exclusively to the small hours. And plenty of hard-drinking partygoers still find themselves looking at their watches at 2am and longing for their beds.

The first time I deliberately stayed awake all night was as a teenager, when my parents were away on holiday and I, for the first time ever, had the place to myself. It was the summer holidays, my exams were over, and I just decided to watch telly all night. We had the array of ITV nonsense that masqueraded as nocturnal entertainment back then - Quiz Night, Crazy Like A Fox, America's Top 10, repeats of The Chart Show, and one extremely dodgy, low quality film. Then, at 4am, came Jobfinder. Even I wasn't going to sit through this, so I decided, in my semi-comatose state, to see what outside was like.

I got on my bike - a newly-acquired black and yellow Peugeot Elite which I'd saved my part-time wages for - and cycled around the small town where I grew up and where my folks still live in that same house. It was spooky just how quiet it was, even though it was August and so 4am was three quarters to broad daylight. The sun was poking through and as I traversed the streets and estates, going nowhere in particular but wanting to go everywhere, the only signs of life were other cyclists who had far more important destinations than I. Some said good morning, some gave me odd looks, some assumed I was up to no good.

The place isn't big but by day it's bustling, with shops and a market place and two primary schools. August meant the latter were shut, of course, but even so the first time you see the place you know so well, and had spent every day of your life, being so empty and still and silent, is a most eerie experience. You could hear the blood rushing round your head. I got back after about 45 minutes, having achieved little but thought plenty.

45 minutes was important, as my big target for my night away from sleep was 5am. I had just started to enjoy the radio and harbour little thoughts about how one could get into this industry, and for a while I'd wondered, in a manner all radio anoraks of my generation (and there are bloody loads of them, trust me) how Radio 1, my station of choice, got underway in the morning. 24 hour broadcasting was still anathema to the "station of the nation" and at this time, it ended at 2am with Richard Skinner's programme (always with the "England! Scotland! Ireland! Wales" Sister Sledge pastiche jingle) and started up again with Adrian John's early show, with pilot-tinted glasses, three hours later. But how?

Forgive me, but this was the most exciting and enthralling thing I'd ever heard.

That five-minute sequence changed every few years as jocks came and went and packages were updated, but essentially you got every main jingle, stabbed versions of the same, jock IDs and a one-liner from the presenter in question, and a few short music beds (one of which was clearly based on the intro to Footloose) prior to an instrumental jingle at ten seconds to the hour (which Adrian John would always "la la la la" to, if he could) which then brought in the pips. He'd say good morning, we'd get one final jingle later, and his name ID ("do do dah do, Ay-drian Joooohn!") would play into the intro to his first record, which was always something from the current Top 40 which, on this particular day, was Soul II Soul's Back To Life.

Words can't express how thrilling it was to hear this. I wanted to hear it again and again and cursed myself for not putting a blank cassette into the stereo. This was remedied the next time I managed a night up and about a few weeks later, though by now Adrian John had left and Jakki Brambles was on, but I'd tuned in for a week of Gary King, to this day one of my radio idols, depping for her and for the first time heard him wish the pips "good morning" which was his subtle way of proving that he'd hit them spot on. Within 18 months the opening sequence had gone and Radio 1 was broadcasting 24 hours a day.

Subsequent all-nighters have been slightly less thrilling and enlightening (apart from one or two obvious ones, the details of which I'll spare you...). And it's no slight on Adrian John at all, but on that first occasion I was in bed by 5.15am. I was knackered!
Authored by Matthew Rudd
Email ThisBlogThis!Share to TwitterShare to FacebookShare to Pinterest
1 exclamations of response 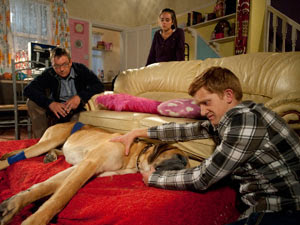 You can tell we're a nation of animal lovers. Schmeichel's peaceful passing in Coronation Street last night moved me far more than any other soap death. I was in floods.

And yes, I know it's not real, and Schmeichel was played by numerous dogs, and I'm a fool. I don't care.
Authored by Matthew Rudd
Email ThisBlogThis!Share to TwitterShare to FacebookShare to Pinterest
1 exclamations of response