On a recent Hull City away trip of many hours' duration, a pal and I got into a discussion about what makes a good footballer.

With various different roles on the pitch, ultimately some professionals make it principally through their strength, their height or their positional sense, and in fact some only have rudimentary knowledge of how to pass the ball when in possession of it. Look at most lower division central defenders. They make a living from football despite their dominant facets being ones that don't always include having a ball at their feet.

When we think of the greatest footballers, we refer to their positions. Franz Beckenbauer was a class act on the ball, especially for a deep-lying player, but he couldn't turn on a sixpence like Johan Cruyff or weave through players like George Best. The key to finding the greatest of great footballers must, therefore, come down to three things: touch, vision and distribution (be it distribution of the ball to another player, or distribution of the ball to the back of the net).

To my mind, this still makes Diego Maradona better than Pele, and for that matter, it makes George Best better than Pele too. Best is the greatest player from the British Isles to kick a ball, ever. This is hardly an original viewpoint, but that doesn't make it any less true.

Therefore, going back to the initial discussion on the long trip, it would be much more interesting to assess the greatest English players for those three attributes of touch, vision and distribution. English players of the last three footballing generations have taken much stick, but we've had some good ones in there. The ten best of the last 50 years, in reverse order, have been handpicked by a committee of one, and we'll commence the countdown with player number ten on Monday... 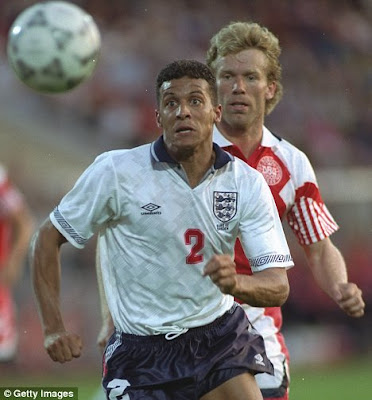 Don't be ridiculous. He's here for illustrative reasons only.
Authored by Matthew Rudd
Email ThisBlogThis!Share to TwitterShare to FacebookShare to Pinterest
0 exclamations of response 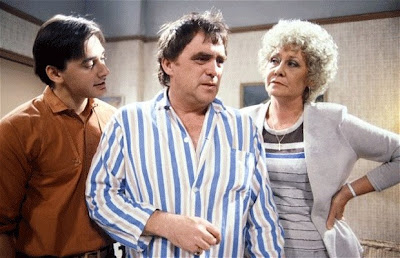 When Terry Duckworth was a youthful rapscallion on the Weatherfield cobbles in the 1980s, drinking nightly with Kevin Webster and Curly Watts and chasing the girls, he was quite a relatable character, very well played. And yet since he left as a permanent resident, each time storylines prompt his recall to Coronation Street, he seems to get steadily worse.

Nigel Pivaro was back on the Street last night, supposedly investing in the property adjoining the bistro and meeting his son Tommy by accident after his battered camper van blocked the entrance to his new project. The scrap that followed was fine, but each time Pivaro spoke it was embarrassing.

In short, the standard of acting that a youthful Pivaro had in the 1980s when he was inexperienced and learning has yet to develop. Put simply, the man cannot act any more. It was excruciating to watch.

I'm always in favour of bringing back old Coronation Street characters, and Terry was as important as any other secondary figure of the 1980s. Back then, there was far less emphasis on youth on Coronation Street - no characters under the age of 18 were taken seriously as members of the cast - so the three twentysomething lads on the Street were almost a token gesture, yet came into their own. Still the likes of Hilda Ogden, Ivy Tilsley and Elsie Tanner dominated what was going on, but Terry, Kevin and Curly were solid and relatable.

The problem is that Terry, courtesy of his misanthropy, violence, promiscuity and general badness, has been put on a pedestal. His character moved on but for realism's sake, had to keep coming back whenever something occurred, in order to keep the Duckworths as a viable name. Back he came for his wedding to Lisa, for Tommy's sale, for Vera's kidney transplant, for the purchase of the Rovers, and for the death of Vera (though not the death of Jack). Each time, the acting got worse.

Now there is an overplayed menace to him, something which simply doesn't come off. Pivaro's face contorts, he raises his neck and looks down with one side of his face twitching. If this is due to nature, then that's regrettable. If it's his way of doing menace, it's embarrassing. The character may be unedifying and unscrupulous but he isn't slow, and that was the impression Pivaro gave, especially during the brief moment when he was chatting to some unnamed councillor outside the disused premises.

Four weeks we have ahead of Terry Duckworth. I hope it improves, and I hope the storyline is worth it. Furthermore, having already seen Paul Clayton come and go, and now Tommy Duckworth, at some point before long Coronation Street will introduce a teenaged Brad Armstrong, Terry's second illegitimate son and his third altogether by a third woman, giving Terry another ill-conceived opportunity to come back.

One more thing continues to trouble me: why is Tommy never troubled by the fact that he is now living on the street, and indeed almost opposite the very spot, where his mother was run over and killed? Yet when his dad turns up he gets all sentimental and maudlin. Something doesn't ring true there.

Still, away from the grotesque return of one old character, we also had the more touching return of another, as finally Betty's death was confirmed via the return of Bill Kenwright as her son Gordon. His real-life status for many years as owner of Everton FC got some wags on Twitter on overdrive ("no wonder he looks sad after that performance on Saturday") but for a guy apparently out of practice, he did really well. This was Coronation Street at its best, as it always has been; the establishment characters of gravitas and sympathy sitting Gordon down and sharing their fond memories of Betty. Ken, Rita, Emily, Norris and, to an extent Steve all played their part in a wonderful dramatic group eulogy. Notably and shrewdly, despite the character's ubiquity alongside Norris and Rita, there was no sign of Mary, and indeed no place for her.

Again, however, there was an issue. For all the memories of Betty's husband Cyril, father of Gordon, had everybody deliberately forgotten that she remarried as a pensioner? She met up with old flame Billy Williams and married him only a decade ago and was besotted, but he died not long afterwards. One assumes that his character's memory would at least have been considered by the thoughtful people around that table. Instead, he was airbrushed out entirely.

There'll be another dubious plotline at the funeral later in the week, and if you've seen your previews in the TV supplements at the weekend, you'll know what it is. But nevertheless, to devote such a large chunk of an episode to the memory of a cobbles legend in the form of a simple but divinely written script of tributes was impeccably done.

Talking of the funeral, I wonder if Coronation Street had yet another go at persuading Jean Alexander out of retirement one last time? Unlike Pivaro, I imagine she could return as her character any time she chose and still be as brilliant and as beautifully observed as she ever was at Hilda's peak.

Anyway, once Betty is laid to rest - which will also undoubtedly prompt a truce between Audrey and David too - we wait for the next big thing to break. Terry Duckworth will undoubtedly be at the heart of it - so let's see if Pivaro is able to put his heart fully into it. Early indications aren't good.
Authored by Matthew Rudd
Email ThisBlogThis!Share to TwitterShare to FacebookShare to Pinterest
3 exclamations of response 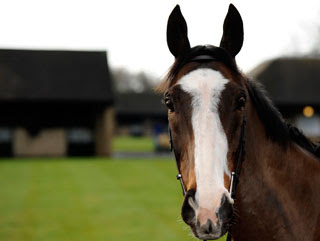 As soon as people begin to complain about horses dying during the Grand National, racing enthusiasts jump on them about being "anti-racing". Well, I'm not. It's not something I profess to enjoy or be expert on, but I see its attraction and know the traditions that come with it.

And when fit horses misjudged a fence and suffered a fatal injury, I felt sad but accepted it was par for the (race)course. There's been a fair bit of publicity for this over the last couple of years - Twitter is largely responsible, to be honest; until it came along people aired their anger with the person sitting next to them but had got over it before they'd considered typing a stern letter to the Guardian - but there was always a danger to horses (and riders) on the most stringent tracks as you roll back the years.

So the horse from near Harrogate that died, According To Pete, did so in tragic circumstances but its owners and trainers knew the risk. It's very sad, but it's racing. And it's the Grand National, especially.

There is no such excuse, it seems, for the death of Synchronised, the handsome horse in the photo, and this did make me angry. And it made me change my view.

Synchronised won the Cheltenham Gold Cup earlier this year and was a strong favourite for the National. Ridden by Tony McCoy, the most revered jockey of the current age, there seemed to be a perfect combination of in-form geegee and decorated rider for the spectators and sportswriters, right there.

But a horse is still an animal, still devoid of choice and still unable to express its emotions properly. And yet, when Synchronised unseated McCoy as they wandered towards the starting rope and vanished in the opposite direction, surely that was enough of an indication that something was up and the horse wasn't ready to race?

They caught up with the horse, brought it back and McCoy leapt on. Six fences later the horse unseated McCoy again, continued to run and then shortly afterwards collapsed again, its leg fractured. And, as we know, a broken leg is enough for the dreaded black tent to be erected around the horse immediately.

This horse had made it as plain as it could that it didn't want to run that day. But it was a joint favourite and it had the main man on its back. At this point, consideration for the animal ended and consideration for the spectators and bookmakers dominated. Had a well-backed horse been declared a non-runner, an awful lot of people would want their stake money back and an awful lot of bookmakers would be greatly inconvenienced. This is not to mention the sense of disappointment at not seeing take part in the race a champion horse apparently physically able and a jockey of great distinction.

So it became about people, and especially about money, and ceased to be about the horse. As a consequence, however directly you to choose to see it, the horse is now dead. This specific death during the Grand National should be the one that finally makes the racing authorities get their fingers out and make the course not just "safer" but "safe". They need to reduce the number of horses taking part and have adequate numbers of independent animal welfare people on hand to assess the horses right up to the moment the tape goes up. Even without the fatalities, the very fact that only 15 of 40 horses got to the end unscathed should say plenty. The view that I had that accepting deaths as part of the sport should no longer be tolerated.
Authored by Matthew Rudd
Email ThisBlogThis!Share to TwitterShare to FacebookShare to Pinterest
1 exclamations of response