England's ten most gifted footballers of the last 50 years: The also-rans

Currently in the midst of an exciting* top 10 countdown of the most gifted English footballers of the last half century. So, prior to beginning the all-important final five on Monday, I thought I'd throw in a few extra names that didn't make the cut and explain why... 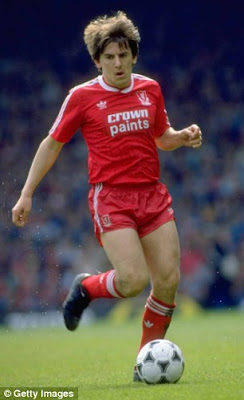 Peter Beardsley - the unluckiest of those that miss out. Clever, inspiring footballer of longevity and style who probably didn't make it because he was sometimes too unselfish for his own good.

Steven Gerrard - he is nowhere near as good as he, or Liverpool supporters, think he is.

Frank Worthington - one of those mercurial 'maverick' types of the 1970s - divine left foot, great passer and finisher - but was more disruptive than the others, hence the crazy number of moves he made in his career, and ultimately was never trusted by one of the 'big' clubs with real designs on success.

Wayne Rooney - shocked by this, are we? He is the best player of his generation but he last truly delivered on the biggest stage when he was 18. His discipline is a major issue too.

Trevor Brooking - a terrific passer but didn't quite ever make it from watchable creator to indispensable matchwinner. 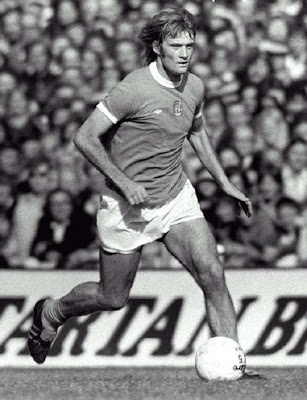 Rodney Marsh - of the 'maverick' figures of the 1970s, he was the one who was entrusted to bring success to an ambitious club, and promptly upset the balance and focus of the team in question. Individuality that cost a team.

John Barnes - on his day untouchable but was prone to long periods of inconsistency, especially at international level, and his ability was sometimes overstated by phenomenal pace.

Kevin Keegan - never a natural footballer. His brilliance came from persistence, intelligence and leadership quality, and seldom from being able to do the unimaginable with a ball.

Joe Cole - let down by the system of his era that dictated that Gerrard and Frank Lampard must dominate the midfield, when here was a player more talented than both of them put together being stuck out on the wing. Would have made the top 10 if he'd been treated better by his managers.

Bobby Moore - yes, he was magnificent. But he was a defender, and defenders are defenders because they're better at destroying than creating, and not good enough to play further forward.

So, find out which five players are better than the above from tomorrow... 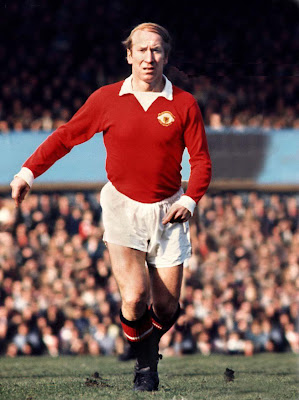 Statistics sometimes don't tell a complete story, but in the case of Bobby Charlton, they tell pretty much all you need to know. He won 106 caps which was an England record of the period, and his 49 goals for his country remain the top tally to this day. Throw in his long career at Manchester United and the numerous trinkets won in pushing 20 years at Old Trafford, and the argument could close right there. However, what were his actual gifts as a footballer? Charlton's key attributes were his power to devastate opponents but majorly via his running and shooting rather than with his influence on a game's pace and direction. A lot of the time it was tough to establish exactly what his role was - in the days of strict formations and numbering, he was a number 9 who never played as a centre forward and yet outscored all those who did. Charlton's priority when given possession of a football was to run with it, to hold off opponents, body swerve his way into space and then, more often than not, let fly. But if surrounded by frightened man-markers, he was a safety player, not prone to nutmegs, heel-to-toe bits of magic or any other brand of innovation, even at a time when the first great Brazilians were beginning to influence the world game. Charlton could pass sideways, could maintain possession and was seldom matched in terms of his running with the ball and shooting, but more intricate, cultured players - if not more decorated players - have come along since. If it were just about the stuff he won, the appearances he made or the goals he scored, he'd be at the top.

We'll count down the Top 5 from Monday...
Authored by Matthew Rudd
Email ThisBlogThis!Share to TwitterShare to FacebookShare to Pinterest
0 exclamations of response 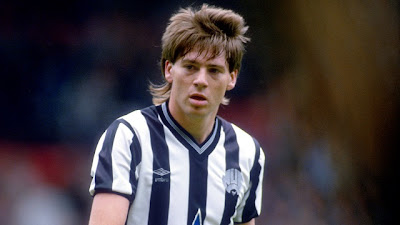 A player as brilliant as Chris Waddle should never have been allowed to escape football's apprenticeship system, but that's exactly what happened. He was a non-league player with Tow Law Town and infamously working full-time in a sausage factory when Newcastle United finally took a chance - worth £1,000 precisely - on the languid 19 year old. It proved to be terrific business and simultaneously a blight on the scouting system of the north east and wider as Waddle set about becoming one of the most talked-about players in the country over the next decade. Like Beckham, he suffered through being a naturally wide player but, unlike Beckham, he could at least operate on either flank, despite being principally left-footed. His ability to not just beat a defender, but to make that defender look amateurish was enthralling; his capacity to fire immense balls on to chests or deliver killer crosses at full pace on to strikers' heads pretty much unmatchable by anyone else. His footballing brain and wizard left foot were also put to enforced extra use by a lack of sheer pace, unusual for a winger, and that gave him an edge on contemporaries like John Barnes who, when form wasn't at its height, could just beat a player via a sprint. Waddle was sometimes barracked by fans, especially when on England duty, but his confidence and his capacity for the unexpected was never dimmed, and he was a rare (for his time) success on the continent too. 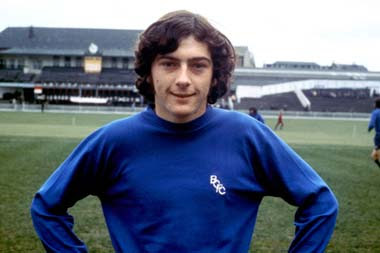 A class act from 16 to 40, and without giving too much away, a player on this Top 10 who operated furthest up the pitch. Touch, vision and distribution are attributes that suggest a player operating in the centre of midfield, ideally, but a good roaming striker can also discharge these characteristics effectively if their prime job - ie, finishing - comes up to scratch too. Francis was a goalscorer, a great one, but he was such a reliable and cultured outlet in his nine years at Birmingham City that he was often tasked with deeper or wider responsibilities. Able to beat players through wit rather than pace, he was a strong runner, a demon passer and totally lethal in the box. His international debut was comparatively late and came after qualification for the 1978 World Cup had been spurned, but for almost a decade he became an A-list English footballer, enhanced further by a successful period in the Italian game. And although his goalscoring record was outdone by other finishers of his era, the variety of goal he scored - outside the box drives, flying headers, weaving runs past defenders, tap-ins, outrageous self-made chances - gave him that extra edge as a marvellous footballer who scored goals, rather than a mere goalscorer. And the number he set up for others wasn't shabby either. A truly superb player.

And we'll do it again tomorrow with Number 7...
Authored by Matthew Rudd
Email ThisBlogThis!Share to TwitterShare to FacebookShare to Pinterest
1 exclamations of response 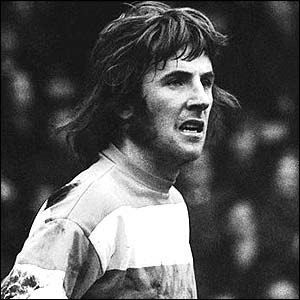 The 1970s was a fallow period for the English national team, even though club sides began to make inroads into European competition. Much of the blame for England failing to qualify for four major tournaments in succession was laid at the door of the 'system' which dictated that flair players, genuinely talented and unpredictable, should be treated with caution or disdain and cast as 'mavericks'. Stan Bowles, mercurial and troublesome in equal measure, was such a player. His lack of impact on the England coaching system in the mid 1970s, even while running rings round defenders with a left instep that could undo a bra, let alone control a football, was as indicative of the insular attitude of the game's generals as anything. The best player in the best team never to win the league (QPR, 1976), he was only trusted once on a really big international occasion - versus Italy in an all-or-nothing qualifier for Argentina 1978 - but was let down by tactics that isolated him completely, as well as a lack of faith which meant the England campaign had been based on pragmatism ahead of anything else. But on his day, and during his era, few could come close to matching his first touch, his finishing prowess and his eye for a science-defying pass.

Back with number 8 tomorrow...
Authored by Matthew Rudd
Email ThisBlogThis!Share to TwitterShare to FacebookShare to Pinterest
0 exclamations of response 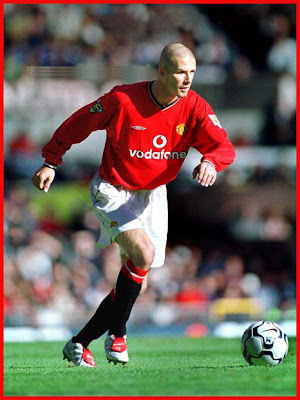 One of the first to spring to mind, if more for his public profile and continued topicality than his ability. Beckham's consistency as a player at both club and international level has remained pretty high, and while his low-ish placing in this Top 10 may surprise some, it is purely down to spending most of his career a little one-dimensionally on a flank, where he rarely can go looking for the ball, but instead needs somebody of comparable ability to pick him out. The crosses were almost always immaculate, the free kicks regularly lethal, but he was often more influential through attitude rather than direct involvement on the pitch and, ultimately, wide men need to benefit from good service as well as provide it themselves. On the occasions when he did work from a central position, he had less of an impact because he found it tougher to see outlets with the ball and distribute it accordingly.