"If you want to stop the Bee Gees singing..."

It's impossible to fathom what Barry Gibb is going through now, having lost all three of the brothers born after him. Robin's death on Sunday night has rightly brought out much tribute in terms of his contribution to a songwriting dynasty comparable with that of Lennon and McCartney.

Ultimately, a combination of beards, disco, falsettos and mild humour bypasses - as well as long fallow periods - made sure the Bee Gees were not ever given quite the credit they deserved.

I couldn't immediately think of anything that hasn't been said by cleverer, more qualified people than me. But one observation I've always enjoyed making about the Bee Gees whenever I play certain records written by them on the radio is their shamelessness when it comes to picking up the royalties.

If a song written by the Bee Gees was not recorded by them, but by someone else, then they would make a point of still appearing as backing vocalists. Emotions by Samantha Sang is a stark example, not least because I think they actually sing on it more than she does. They are on Heartbreaker as backers to Dionne Warwick, Islands In The Stream by Dolly Parton and Kenny Rogers and, of course, Chain Reaction with Diana Ross. None of these songs had enjoyed a Bee Gees-only recording by the time they became hits, but there they were, picking up performing royalties as well as those earned as composers.

All of these songs, with the exception of Chain Reaction (to my knowledge) they did eventually do themselves. Beyond all this, acts like Take That, Tavares, Steps, Candi Staton, Kim Wilde, Boyzone, Jimmy Somerville and Destiny's Child all took Bee Gees songs back into the charts. George Michael did one under a pseudonym, while dance acts N'Trance and Blockster put 90s beats behind two of their disco fillers.

Everyone has a favourite. I'm actually rather keen on this, which I remember commercial radio generally refused to touch "because it's the Bee Gees". I still get annoyed about that. It was their last hit. 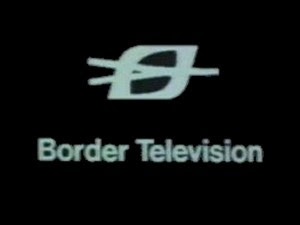 I like the Carly Rae Jepsen single, Call Me Maybe, that is currently riding high in the hit parade and A-listed on all pop stations. The video is on 4Music a lot, and so I tend to catch it whenever I'm at the gym (as it now seems to be against the law to switch channels there).

Anyway, I was at the gym on Friday. It was me pressing a few kilos while a couple of early twentysomething lasses, evidently together judging by their chatter, pounded the two treadmills. On came the video to Call Me Maybe, and if you've seen it, you'll know that the young Canadian singer is directing the song towards a hunky young chap who is doing various outdoor tasks - gardening, car washing, etc - and early on, takes off his shirt to reveal a not untoned torso underneath. Essentially, it's pornography without the sex (a phrase someone once used to describe Eldorado, but I digress); kind of a modern pop take on the premise of the Diet Coke break.

As the young lady onscreen began to lust after this chap following the removal of his shirt, one of these twentysomethings on the treadmill bellowed, very loudly and shamelessly indeed, the words: "In your dreams, bitch."

Why? Not only because, er, she can't hear you through a television set, but, just, well, why? What does that achieve? I was genuinely aghast.

Fortunately, they'd exited the treadmill before the video ended and we got the twist of the semi-naked chap offering his phone number to one of the male musicians playing in the garage. I dread to think what they'd have shouted at the telly if they'd been around for that.

Video here if you want to watch it. It's quite sweet.