No unfunny jokes about lavatory paper in the fridge, either 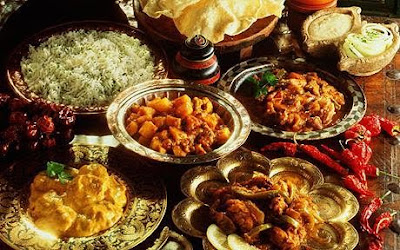 How are you with curry?

For years I wouldn't touch it; spicy food generally has never agreed with me but I always felt like I was missing out. I was an old-fashioned type who decided that I didn't really want to eat food that caused me pain - I know, lightweight that I am - and this ruled out other people's favourite takeaways, restaurants etc because I wouldn't go. And yet every curry dish I saw looked absolutely delicious.

In the last couple of years, however, I've got a taste for it. I'm not exactly shovelling down double helpings of vegetable phal every night, and I'm quite restricted by not liking either lamb or prawns (and that will never change), but I can get to jalfrezi, biryani levels of hotness (is that a word?) and learn to appreciate the spiciness in my throat rather than go demanding glasses of milk* and threatening to sue**. I've had a couple of curry nights with some of the lads I go to football with recently and the food, though I still chose carefully, was fantastic. I now find myself wondering what on earth I've missed.

Takeaway number one of choice is still a pizza, but now I'm far more prone to ordering a curry than a Chinese, especially as the Chinese in our village has gone right down the tubes, with the food now actively removing all the moisture from the mouth the moment you put it in. Give me a chicken dopiaza instead of a chicken chow mein any day, and don't skimp on the bhajis. Blimey, I really mean that too...

"Kicks from the penalty mark", apparently 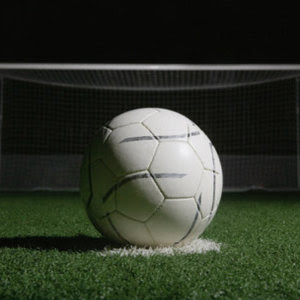 Sepp Blatter's been opening his gob again, this time once more declaring that penalty shoot-outs as a means of declaring a winner in a football match constitute a "tragedy".

He hasn't a clue what "tragedy' means, evidently. John Helm no longer uses the word in football commentary when describing an own goal, a missed penalty, an undeserved defeat and so on, because he was in the commentary box when Valley Parade caught fire just over 27 years ago.

Blatter's true intentions, according to his fiercest critics, seem to involve trying to prevent a German side from going through what Bayern Munich did against Chelsea - it is a rare occurrence indeed for a German club side, let alone the national team, to fail in a shoot-out - and also burying the untidy, unfulfilling debate about goal-line technology, which everybody in the professional game except FIFA seems to want. FIFA's own status as a corrupt, scruple-free organisation also provide Blatter with a motive to keep the debate about football.

But the penalty shoot-out must remain. It isn't ideal, and losing it in the most important of games is deeply scarring to a football fan, but there isn't a better alternative. It's the best of a bad bunch of suggestions, the rest of which vary from the unworkable to the utterly deluded.

Count the number of corners forced? A team playing for a draw will just keep kicking the ball against full backs' ankles rather than force an attack. Count the shots on goal? They'll be shooting from their own half, never in a month of Sundays likely to score but adding another point to the tally. Take a man off in extra time every five minutes? You'd end up with five players per side on an enormous pitch, already knackered. Take off the goalkeepers? Oh yeah, because football isn't about good defending or keeping, is it? It's purely about the goals, goals, goals.

All of these suggestions are dire. They interfere with the laws of the game, the set-up of how a football match should be played. Removing players, changing their priorities from goal acquisition or prevention to winning corners or belting the ball wide from 50 yards makes a mockery of the skill and tactical acumen that flourishes at the game's highest level. Ultimately, there is nothing wrong with playing 90 minutes of football, plus the extra 30 (depending on the competition) in order to find the winner without ever compromising the credibility of the game.

A while back we had the Golden Goal experiment. It was used at Euro 96 (it, in fact, decided the winner of Euro 96) and France 98, as well as some domestic knockout competitions, and I rather liked it. I was present when English football's first ever Golden Goal was scored, by a player called Iain Dunn, who was at Huddersfield Town at the time. It encourages attacking football from both sides without changing the actual fabric and foundation of the sporting occasion.

It has one issue though: that of the celebrating team when the ball goes into the net. All instances of ball entering net are immediately deemed to be goals unless it's obvious that the referee has blown for an infringement beforehand. But plenty of the game's disallowed goals become so after the player has wheeled away in celebration and the crowd are going potty. If a referee needs to disallow a Golden Goal, he has the prospect of doing so and then informing not just the players but the coaching staff, subs etc, all of which will have sprinted on to the pitch to form a human pile-up in celebration. Not to mention a large chunk of the crowd. Imagine trying to tell that lot, just on a practical level, that the game isn't over yet. In such circumstances, you can imagine a match being abandoned.

So it's back to penalties. People suggest changing the way the shoot-out is done, such as having it before the game, but you would surely prefer a game of football to commence at the 0" mark entirely equal, rather than with one side knowing that a spot of bus-parking, at which they may already be very adept, will guarantee them victory. Perhaps change the number of takers, or have an earlier sudden death element, but whatever cosmetic changes may be of benefit, ultimately there is no "tragedy" about penalty shoot-outs, whatever interpretation of the word you use. They aren't ideal, but there is no alternative. For the neutral, they are capable of being a phenomenal sporting spectacle - the weekend's play-off final between Huddersfield Town and Sheffield United proved that - and the ultimate winners feel joy and relief that goes beyond the feeling of winning in 90 standard minutes.

And all of this from an Englishman whose national team (that, thanks to the new dignified brand of management installed, I rather like again) are globally renowned for being totally useless at penalty shoot-outs. They absolutely should remain, even though we've been involved in six, and lost five of them - the true highlight of the one we won is below.