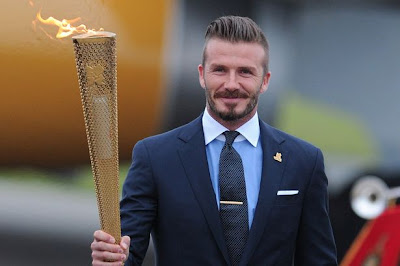 Only people who don't get the concept of sport are outraged over David Beckham's omission from the GB Olympic football squad. This, for all its irrelevance to football as a whole (football in the Olympics is a hideous notion), is a winnable competition, and so Stuart Pearce has to pick what he sees as his best 18 players. Beckham is not among them.

Sport is about winning, first, foremost and last. Beckham has been a winner in the past but ceased to look like one the moment he left the European game to play in the USA. That wasn't a sporting decision, it was a decision based on his image, his future and his desire to increase his showbiz profile. That he loved, and loves, playing for his country is not relevant; even less relevant is the work he has put in through the whole Olympic bid and plan. He has to be good enough. He isn't.

Beyond his diminishing ability, he is such a megastar that the majority of the players in the squad - the ones under the cut-off age of 22 - would be ludicrously starstruck by him. He'd be a massive distraction. But all arguments against him, such as this one, are also irrelevant. It's sport, it's about ability and Beckham doesn't have it any more. Pearce has got it bang on, and those who moan that Beckham "deserved" it, or would have helped shift the 1.3 million unsold football tickets, are missing the point entirely.
Authored by Matthew Rudd
Email ThisBlogThis!Share to TwitterShare to FacebookShare to Pinterest
5 exclamations of response