What a tangled web we weave 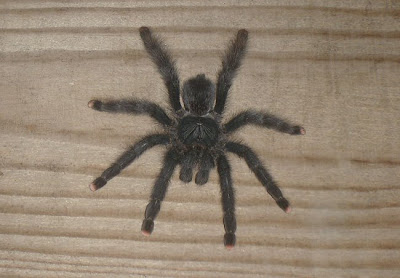 Most days we will read a court story in our morning papers. The criteria for getting a case from a mere magistrates court into the national press is three-fold, and only one needs to be applied to give it a chance of avoiding the Fleet Street spike. To wit, the story must involve a famous person; or it must be as a consequence of an infamous or wildly serious and well-publicised incident; or it must be a little quirky.

If it has all three (which is extremely unlikely, given that serious and quirky don't really mix) then all the better.

I spent almost five years reporting the magistrates court proceedings in Huddersfield when my career path had forced me to wear a tie and look shabby and underfed on a daily basis. And apart from the odd local sporting person getting done for shouting at a policeman or being a few microgrammes over the limit, nobody famous got done on our patch at all.

The serious stuff was quite rare too, certainly in my time wandering up and down the concourses from courtroom to courtroom. We had one especially notorious murder case - it was very familial in terms of the victim and the perpetrators - but magistrates are merely part of the process in the most serious cases and there was next to nothing the law would allow me to report.

The quirky stuff was the most likely to generate some lineage and a few pennies from the nationals. Way back in this blog, I talked about my favourite ever criminal court case, and it's available here for your eternal perusal, or at least until the day comes when infirmity, boredom, blindness or a call from a celebrity's lawyer forces this blog to close. Look at the last paragraph and you'll see I also mentioned, teasingly, a second great court story that was discussed on Have I Got News For You and was, rarely for me as I genuinely was a poor journalist, a proper scoop as it didn't involve an actual court case.

Let me set the scene. I'm sitting at a table on the concourse one early afternoon, waiting for a case to restart after a lunchtime recess, drinking coffee and chatting to one of Huddersfield's many solicitors, most of whom I got on very well with. As we talked, probably about football as opposed to anything deeper, someone in an official capacity (no names - even rubbish hacks such as I know about protecting sources) asked if I had a moment for a quiet chat.

We slipped into the empty duty solicitor room and this professional court user informed me that a bit of a panic was afoot in the lower ground area of the building, where the courtrooms that usually housed family and youth proceedings were based.

The upshot of it all was that a lad aged under 17 had arrived for a youth court appearance that morning, carrying a cardboard box. Upon his case being called, he left the box in the waiting area and trotted into court. Then, as he exited - thereby not being imprisoned for whatever his offence was - he collected his box and vacated the premises. Straightforward.

However, a panicky telephone call was then made by his mother to the court office over the lunch hour. The contents of his cardboard box had gone missing.

Stolen? Possibly. Let's be frank, you're more than likely to bump into an opportunistic thief in a magistrates court than you are in most places. However, it seemed unlikely as it turned out that the cargo within this box was also capable of disappearing by itself.

It was a tarantula.

A Persian blue-backed tarantula, to be precise.

So there I am, in this tiny, almost soundproofed office, being informed that a large arachnid was on the loose in the very building where the laws of the land were being upheld.

I telephoned the office and got the go-ahead from the news agency proprietor to make this story my priority. He started to research the type of tarantula in question while over the next two hours, I wandered around the building, collecting information about the defendant and quotations from the professional users of the court. Even while going from courtroom to courtroom, office to corridor, outdoor smoking area to phone booth, I couldn't help looking around for the spider myself.

The staff thought it hilarious, with the exception of the man who ran the court at the time. He was a talkative enough chap, but he was rigidly protective of his court's reputation, known as an obstructive individual among briefs and hacks alike and lacked a sense of humour. His priority, upon hearing of the unwelcome intruder somewhere in his building's bowels, was to extinguish it. Not find it, necessarily - even though it was a youngster's pet - but to exterminate it. From his taxpayer-funded budget, he ordered industrial fumigators to come in after hours and give the court's fabrics and foundations a thorough sterilisation. Finding a spider's corpse was less of an issue. This pompous, soulless reaction just added extra meat to the tale.

One lawyer, who was an out-of-town trial advocate and therefore didn't mind being named as he was unlikely to be back, gave me my best quote of the final piece: "We're all going to do our cases with bike clips on." Meanwhile, the ushers surreptitiously set up a crack spider-catching kit in one of the courts, where a trial was ongoing. It consisted of a box and a pasta jar, and came with swiftly-penned instructions on scrap paper, which read: 1 - FIND SPIDER. 2 - PUT SPIDER INTO JAR. 3 - PUT JAR INTO BOX. This apparatus was placed on a spare public gallery table, in full view of the courtroom, while the trial continued. Nobody said anything.

The only thing we didn't have was an actual sighting of the spider, which was somewhat crucial when analysing the story at face value. After all, the box hadn't been opened by the youth that morning, and the only evidence that it existed was provided verbally via his mother's frantic telephone call. I casually mentioned this mild drawback to a couple of court users and staff members prior to returning to the office.

Half an hour later, as the agency proprietor and I were sifting through the gathered information and quotes, working out what we still needed, the phone rang. It was one of the distinguished people who I saw at the court each day, claiming that one of the defendants in the trial court had seen the spider scuttle along the carpet as he gave evidence. When his case was adjourned for the day, he mentioned it to the court user who was now passing this bit of dynamite on to me.

It still wasn't ideal, but it was enough. What really helped was that the Persian blue-backed tarantula was a genuine breed of arachnid, as my boss had discovered when he rang a zoo curator for information, and it was more than possible that such a creature would be able to survive - pre-fumigation - in the various pipes and catacombs of a large building, living on insects and water pools from the air conditioning system. It all added up to a story with legs. Eight of them, you might say.

It was nearly teatime, so we'd done well on the timing front - I had the evening and the next morning to get it written up, ready to send for the unofficial deadline of midday for copy to be considered by the national papers.

So, at roughly noon the next day, a dozen or so paragraphs duly went off with the press of a button down the line and into the computer systems of every news editor on Fleet Street. It also went to the local and regional papers, but we held back on sending it to the broadcasting organisations for fear that staff hacks at the printed media may hear it and do their own version, thereby rendering ours unnecessary or, worse still, there to have bits picked off for free, with us unable to prove they had directly used our information.

We had no need to worry, as we stormed the papers the next day. Sometimes, when doing a story for the nationals, we'd write two versions - one suited to the tabloids, the other to the broadsheets. There were a good handful of page leads and every national newspaper (except the Guardian, who absolutely never printed our stuff) used it in some way. Furthermore, the Yorkshire Post put it on the front page as the light-hearted piece immediately above the serious main yarn of the day.

It was this version of the story, in the Yorkshire Post, which prompted the court boss to ring up our agency that afternoon and complain to me. Using lawyerly argument, he began reading the story out loud and adding the word "untrue" after each sentence, taking light-hearted stuff like "a giant spider is giving magistrates the creeps" literally, rather than in the spirit that such gentle metaphors are designed to exude. I knew I was in the right, but I didn't have the clout for such a debate, so I passed the phone to my boss who talked him down. The local broadcasting establishments picked up on the tale and I was interviewed by the great Ian Timms on BBC Radio Leeds, and even the national outlets were interested, with Radio 5 Live putting me on standby while they tried to get the court boss to talk. He did, but proceeded to talk about a lack of evidence that a spider ever existed.

I can date this story to the early summer of 1996, as on Have I Got News For You at the end of the week, the headline COURT SPIDER IS SENTENCED TO _______ was used on the Missing Words round. Ian Hislop correctly guessed 'death' and Eddie Izzard, guest captain on the other team (it was the series Paul Merton decided to sit out) "complained" that such action was illegal. That was it, as they moved on to the next headline. But it meant I'd had a story of my own discussed, albeit with considerable brevity, on a television programme I rather liked.

The tarantula was never found, alive or dead. To this day I cannot say for certain that it ever actually existed.
Authored by Matthew Rudd
Email ThisBlogThis!Share to TwitterShare to FacebookShare to Pinterest

I sat down with a whisky and coke to read this. Wasn't disappointed too.

There seem to have been a lot of posts about spiders recently; at least on the blogs I read.

You say you were a poor journalist. I don't know what qualities you need to be a journalist. One must be writing ability.

Now you do have that.

Thank you, A Write Blog. I'm flattered. The qualities I certainly lacked were the nose for off-diary stuff and general news sense. I can write shite until the cows come home; the problem for me was finding the shite to write!

I was always keener on the stuff which was routine - overnight crimes, court cases, council meetings etc. This is fine if you're on a newspaper but less so if you are on an agency as the income is mainly derived from stories that media outlets can't cover themselves.

As Matthew's ex-boss I am happy to confirm he was not a poor journalist. Poor, certainly.